Video of fatal road accident was filmed in Chicago, not Kenya’s capital Nairobi

Facebook posts have shared a disturbing video with claims that it shows the death of three people from South Sudan who were killed when a car drove into them at high speed in Kenya’s capital city, Nairobi. But the claim is false: the footage of the real-life incident was filmed in the US city of Chicago.

“Three South Sudanese died on spot over a fatal Accident on Ngong street Nairobi (sic),” reads the caption in a Facebook post shared more than 300 times since August 20, 2022.

A video published with the claim and viewed more than 17,000 times shows a group brawling in the middle of a street at night. Seconds later, a car ploughs into them, flinging people into the air. 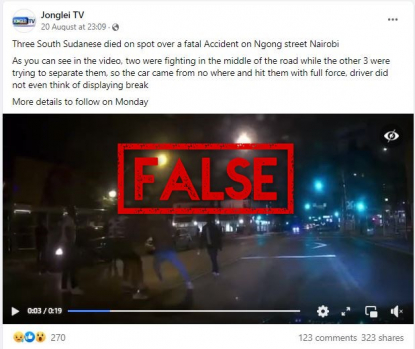 The post appeared on a page called Jonglei TV, which describes itself as “a trusted media house” in South Sudan. It publishes news, entertainment news and gossip.

The same claim was published on Facebook in Kenya.

However, the incident was not filmed in Nairobi.

Using the video verification tool,  InVID We Verify, we ran reverse image searches on multiple keyframes from the clip and found related reports by NBC and ABC in the United States.

Both news corporations used the same footage in their reporting but stopped the visuals moments before the collision. 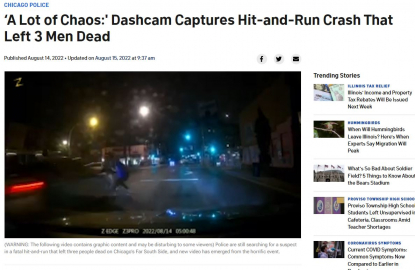 According to the broadcasters, the clip came from a dashcam in another vehicle. The incident happened at 5 am local time on August 14, 2022, on Chicago’s Far South Side on Jeffrey Boulevard, near the intersection with East 71st Street.

Three people died and a police search for the suspect was launched.

Using Google Maps and location details from the news reports, we traced the accident site to outside a club called Jeffrey Bar where, according to ABC, the victims had left moments earlier.

Screenshot from Google Maps indicating the Jeffrey Pub (circled in red), where the video was filmed (purple cross) and the approximate point of impact (green arrow) ( Mary KULUNDU)

We cross-checked the video with Google Maps and further identified common landmarks to confirm the location. 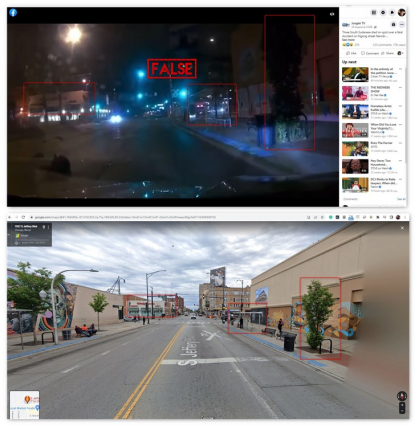