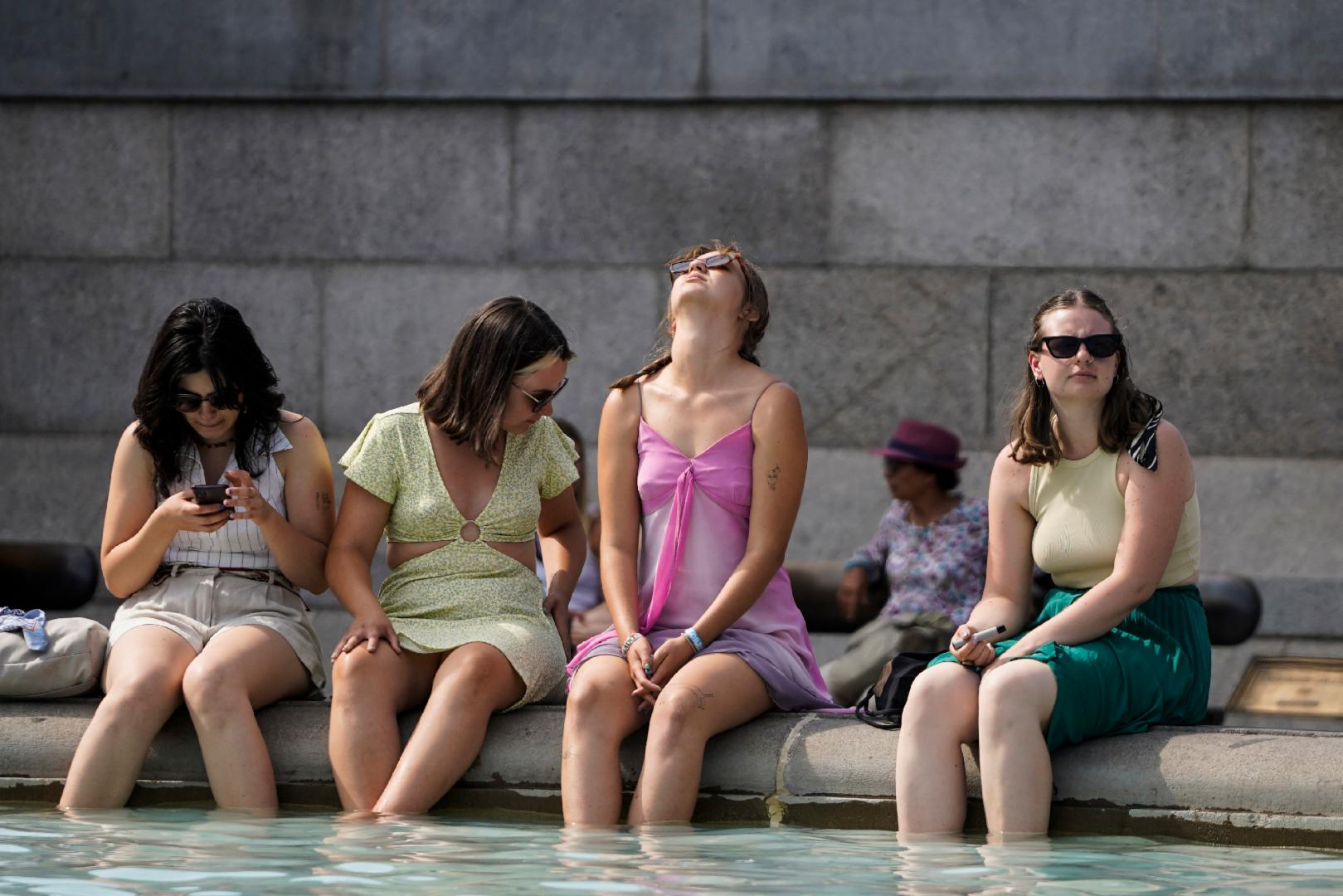 A group of women cool off by dipping their feet in the fountain of Trafalgar Square, in central London, on July 18, 2022 as the country experiences an extreme heat wave ( AFP / Niklas Halle'n)

Social media posts are sharing century-old newspaper clips about high temperatures in England to question the significance of current record heat in Europe and elsewhere. But experts say that while heatwaves are not new, the intensification of such events is linked to global warming -- and comparing extreme weather today to the past is misleading.

The post includes several hashtags, including #ClimateScam and #ClimateCult. Similar claims were posted on Facebook here and here. 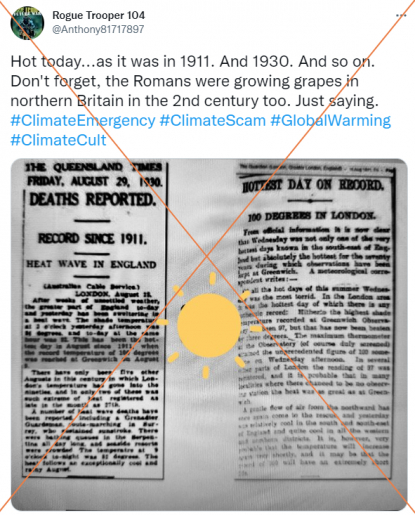 Heatwaves are not new, scientists say -- they did occur 100 years ago -- and the newspaper clips are authentic.

According to a search on Trove, an archive database from the National Library of Australia, the report displayed on the left side of the tweet was published in The Queensland Times and attributed to the Australian Cable Services on August 29, 1930.

The report shown on the right was published in The Northern Daily Mail on August 11, 1911, per the British Library Board archives.

But the reports do not disprove the role of climate change in intensifying extreme weather events.

Akshay Deoras, a meteorology researcher at the University of Reading in the UK, told AFP it is also not "appropriate" to compare 100-year-old heatwaves to those in this century, considering the rapid warming of the planet and the "much larger concentration of greenhouse gases."

Heatwaves worsening due to global warming

Every additional 0.5°C of warming causes discernible increases in the intensity and frequency of hot extremes -- including heatwaves, according to the latest Intergovernmental Panel on Climate Change (IPCC) report. More than 700 scientists from 90 different countries put together the report. 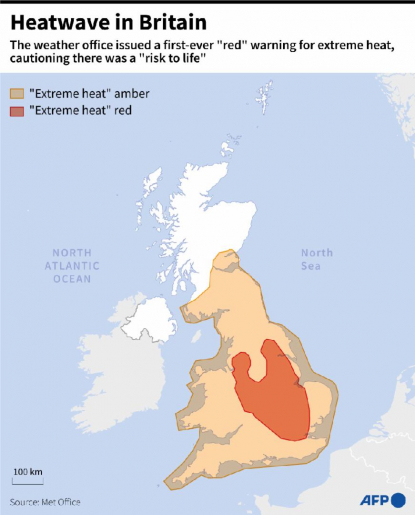 In the UK, a 2020 study from the Met Office, the national weather service, found that days exceeding 40°C occur every 100 to 300 years. However, by 2100, such temperatures could return every 15 years given current pledges on emissions reductions.

"The heatwave experienced this week in the UK is unique in the historical record because it is the first time that the maximum UK temperature has exceeded 40°C, with records for Wales and Scotland also broken on the same day," said Freya Garry, a senior scientist in the UK Climate Resilience team at the Met Office.

Garry said that would be an unlikely scenario "without the influence of greenhouse gases from the burning of oil, coal and gas."

Other posts on social media share stories of a summer 1976 heatwave in England. But scientists say this comparison is also misleading.

"Of course there have been heatwaves in the past, but the big difference with 1976 is what the rest of the world looked like," said Friederike Otto, a senior lecturer at Imperial College London's Grantham Institute for Climate Change.

Chloe Brimicombe, a heatwave impact and forecast researcher at the University of Reading, agreed.

"We've had at least one heatwave every summer for the last five years in Europe, previously they were rare," Brimicombe said.

In 2020, a technical report from the European Commission found a "strong and persistent increase in heatwaves and a reduction in extreme cold spells all over Europe."

"With unmitigated climate change, a current 50-year heatwave may occur almost every year in southern Europe, whereas in other regions of Europe such events may happen every three to five years," the report says.

AFP has fact-checked other claims about climate change here.