"[Exclusive] Antarctica recognised as South Korean territory at UN General Assembly," reads the Korean-language text on the thumbnail of a YouTube video posted on Facebook on June 21.

The thumbnail contains what appears to be a map of Antarctica, with a highlighted portion labelled: "South Korean territory". 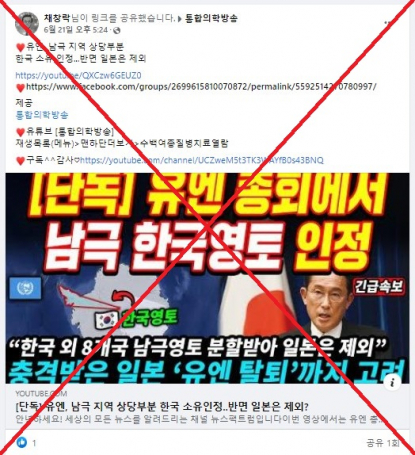 Screenshot of the misleading claim shared on Facebook, captured June 30, 2022.

The eight-minute video features various pictures and footage of Antarctica.

The video's narrator claims in Korean that a UN General Assembly meeting was held to discuss dividing up the Antarctic territory, in which "surprisingly, South Korea was allowed to own a significant portion of Antarctica due to its contribution in developing the area."

The narrator goes on to talk about South Korea's scientific research on the continent.

South Korea remains an active presence in the Antarctic, where it maintains two research stations -- the King Sejong Station and the Jang Bogo Antarctic Research Station, according to its Ministry of Oceans and Fisheries.

The same graphic was shared on Facebook here, here, here and here.

In 1959, twelve countries signed the Antarctic Treaty in Washington, preserving Antarctica as a demilitarised zone for scientific research.

Since the agreement entered into force in 1961, 54 countries, including South Korea, have become signatories.

Prior to the treaty's signing, seven of the original 12 signatories asserted territorial claims to the Antarctic continent -- Argentina, Australia, Chile, France, New Zealand, Norway and the United Kingdom.

In addition, the United States and Russia maintained a "basis of claim" to the territory, reserving the right to assert claims in the future.

Per treaty conditions, these claims remain in abeyance, while any new claims to territorial sovereignty over Antarctic territory are forbidden.

Contacted by AFP, Albert Lluberas Bonaba, the executive secretary of the Antarctic Treaty Secretariat, cited Article IV No. 2 of the Antarctic Treaty, which says: "No acts or activities taking place while the present Treaty is in force shall constitute a basis for asserting, supporting or denying a claim to territorial sovereignty in Antarctica or create any rights of sovereignty in Antarctica."

"No new claim, or enlargement of an existing claim to territorial sovereignty in Antarctica shall be asserted while the present Treaty is in force."

A map of Antarctica on the Australian Government's Antarctic Program website shows existing territorial claims of seven nations of 12 original signatories over the continent. 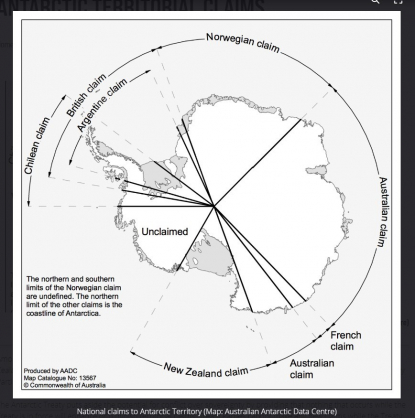 Screenshot of a map of Antarctica on the Australian Government's Antarctic Program website, captured June 30, 2022.

The image shows that the portion of Antarctica highlighted in the graphic shared on Facebook actually corresponds to territorial claims by Chile, Argentina and Britain before they signed the treaty.

Below is a screenshot comparison of the image of Antarctica shared alongside the misleading claim in the YouTube thumbnail (left) and the map of Antarctica on the Australian Government's Antarctic Program website (right): 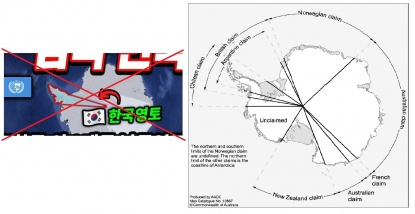 Screenshot comparison of the image of Antarctica shared in the misleading posts (left) and the map of the Antarctica on the Australian Government's Antarctic Program website (right).

AFP was unable to find any UN General Assembly records related to South Korea's purported territorial claims to the Antarctic.

A spokesperson for South Korea's Ministry of Foreign Affairs told AFP on June 30 that the country has "never issued a territorial claim over any portion of Antarctica", nor has there been "a UN meeting that granted [South Korea] Antarctic territory."

The country "gained membership to the Antarctic Treaty Consultative Party in 1989 and as a result holds the right to speak and vote at Consultative Meetings," the spokesperson said.

"Some countries continue to assert territorial claims over parts of Antarctica, but these claims have not been recognised by all parties, and with the treaty, these claims are in abeyance," she added.

"South Korea operates scientific research stations in Antarctica, but these are unrelated to territorial claims."

The ministry's official website details the country's participation in the Antarctic Treaty System.

South Korea's research activities in the Antarctic are overseen by the Korea Polar Research Institute, which operates the two scientific stations on the continent.