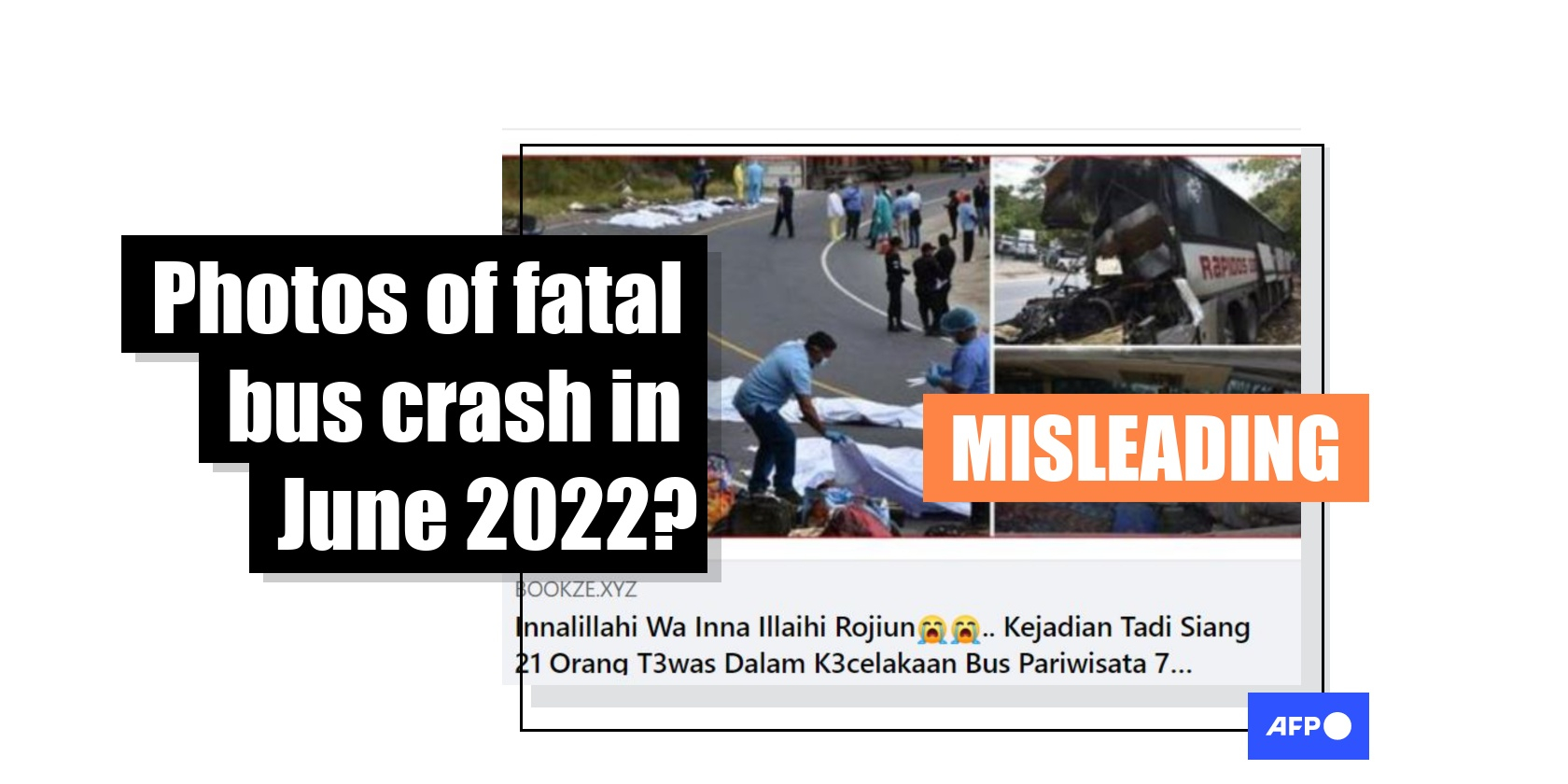 Three photos of a traffic accident circulated in Indonesian-language blog articles that claim they show they show a deadly tourist bus crash in June 2022. However, the photos have been shared in a misleading context. They actually show a fatal collision in Guatemala in December 2019.

Translated to English, the post's Indonesian-language caption reads: "Verily we belong to Allah, and verily to Him do we return.

"An incident that happened this afternoon, 21 died in a tourism bus crash, 7 of them are children, hope they are at peace, Amen". 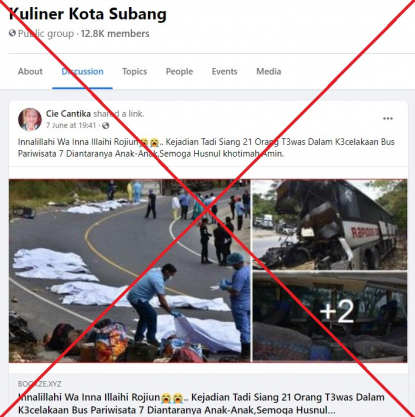 It includes the same three images and a headline that repeats the post's caption.

The blog article's first paragraph reads: "A deadly crash between a truck and a bus in Guatemala, Saturday, December 21, killed at least 21 people.

"It happened near the city of Gualan in Zacapa, around 168 kilometers from the capital Guatemala City."

However, the photos have been shared in a misleading context.

A reverse image search on Google found the photos were published in an Associated Press (AP) report about a deadly collision in Guatemala in December 2019.

The first two paragraphs of the report read: "A trailer truck collided with a passenger bus in eastern Guatemala early Saturday, killing at least 20 people and leaving a dozen wounded, according to the national disaster agency. It said nine of the dead were minors.

"Volunteer firefighters told reporters the truck appeared to have collided with the bus from behind in the municipality of Gualan, roughly 150 kilometers (95 miles) east of Guatemala City.

The photos were also published on the AP Images website.

The first photo's caption reads: "Forensic workers cover the bodies of passengers that perished in a bus that crashed with a trailer truck in Gualan, Guatemala, Saturday, Dec. 21, 2019.

"The accident killed at least 21 people and left a dozen wounded, according to the national disaster agency." 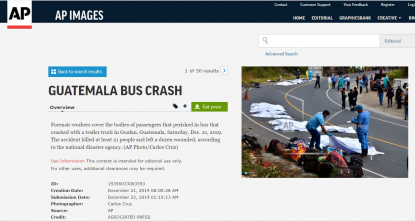 Screenshot of the first photo on the AP Images website

The second photo's caption reads in part: "The wreckage of a passenger bus that crashed with a trailer truck lays on the side of the highway in Gualan, Guatemala, Saturday, Dec. 21, 2019."

Screenshot of the second photo on the AP Images website

The third photo's caption reads in part: "The inside of a wrecked passenger bus that crashed with a trailer truck lays on the side of the highway in Gualan, Guatemala, Saturday, Dec. 21, 2019."

Screenshot of the third photo on the AP Images website

Below are screenshot comparisons of the images in the misleading blog article (left) and the genuine AP photos (right): 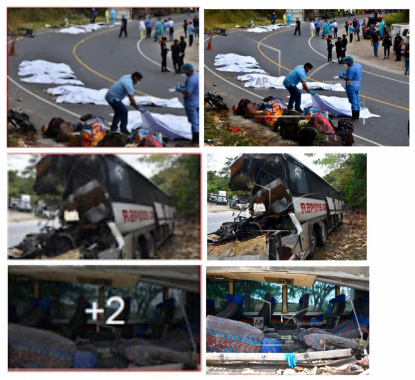 The blog article's text is largely a translation of this CNN report about the Gualan fatal collision, published on December 22, 2019.

AFP also published a photo from the same incident here, which corresponds with another AP image of the collision.