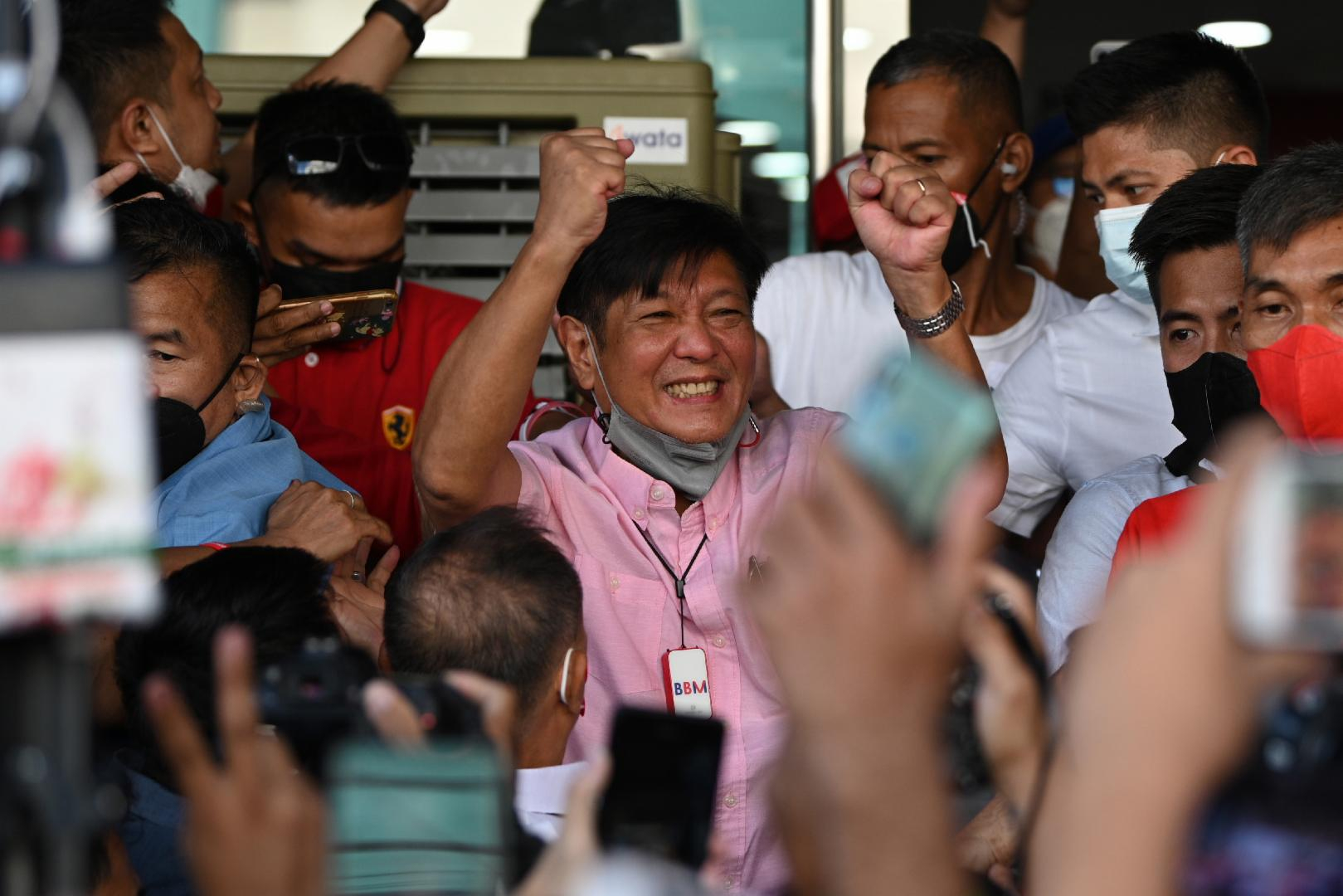 Ferdinand Marcos Jr celebrates with supporters as he arrives at the campaign heaquarters in Manila on May 11, 2022. ( AFP / Ted ALJIBE)

Marcos-era coins were not reissued in the Philippines, central bank says

Images of coins used during the dictatorship of Ferdinand Marcos in the Philippines have been shared tens of thousands of times on Facebook alongside the claim that they are back in circulation after his son won the presidency last month. However, the Philippine central bank which has sole authority of issuing currency in the country, told AFP the coins have not been in use for two decades.

The coin images were shared here on Facebook on May 16.

It translates to "The New Society" -- the popular term used by the late dictator Marcos to describe his vision of an improved Philippines.

In reality, he left the Philippines bankrupt, and killed, tortured, and jailed tens of thousands of opponents during his corrupt reign in power.

The post circulated following the landslide victory of his son, Ferdinand Marcos Jr -- an astonishing reversal in the fortunes of the Marcos family, who have gone from the presidential palace to pariahs and back again in the space of a few decades. 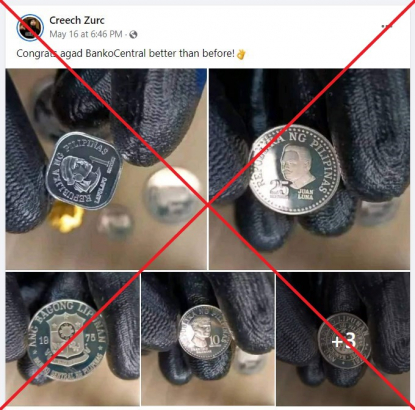 Some social media users appeared to believe the coins are back in circulation.

"The comeback of old coin designs," one user commented.

"Not better than before. That is the old coin design they'll just recirculate it," another said.

However, a representative for the central bank of the Philippines told AFP the posts are "misleading".

"The coins featured in the online post belong to the old Ang Bagong Lipunan (ABL) coin series. The ABL coin series was already considered demonetised after 2 January 1998," the representative told AFP on May 30.

The demonetised coins in the misleading posts correspond to images here on the bank's official website. 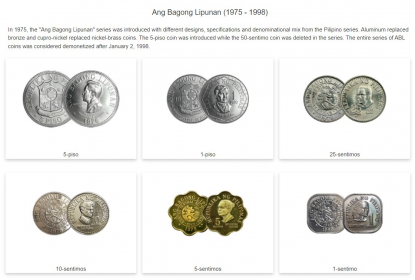 A screenshot of the Marcos-era coins on the website of the Central Bank of the Philippines, which says the series has been demonetized since 1998. ( AFP / )

The page states in part: "The Ang Bagong Lipunan (ABL) series was issued by the Central Bank of the Philippines in line with Presidential Decree No. 168 dated April 2, 1973.

"The entire series of ABL coins was considered demonetised after January 2, 1998."

Below are screenshot comparisons of the coins shown in one of the misleading posts (left) and their corresponding images from the bank's website (right):

The coins currently used in the Philippines are from a series called "New Generation Currency", according to the central bank representative.

The bank's website says the "New Generation" coins -- which can be viewed here -- have been in circulation since March 2018.