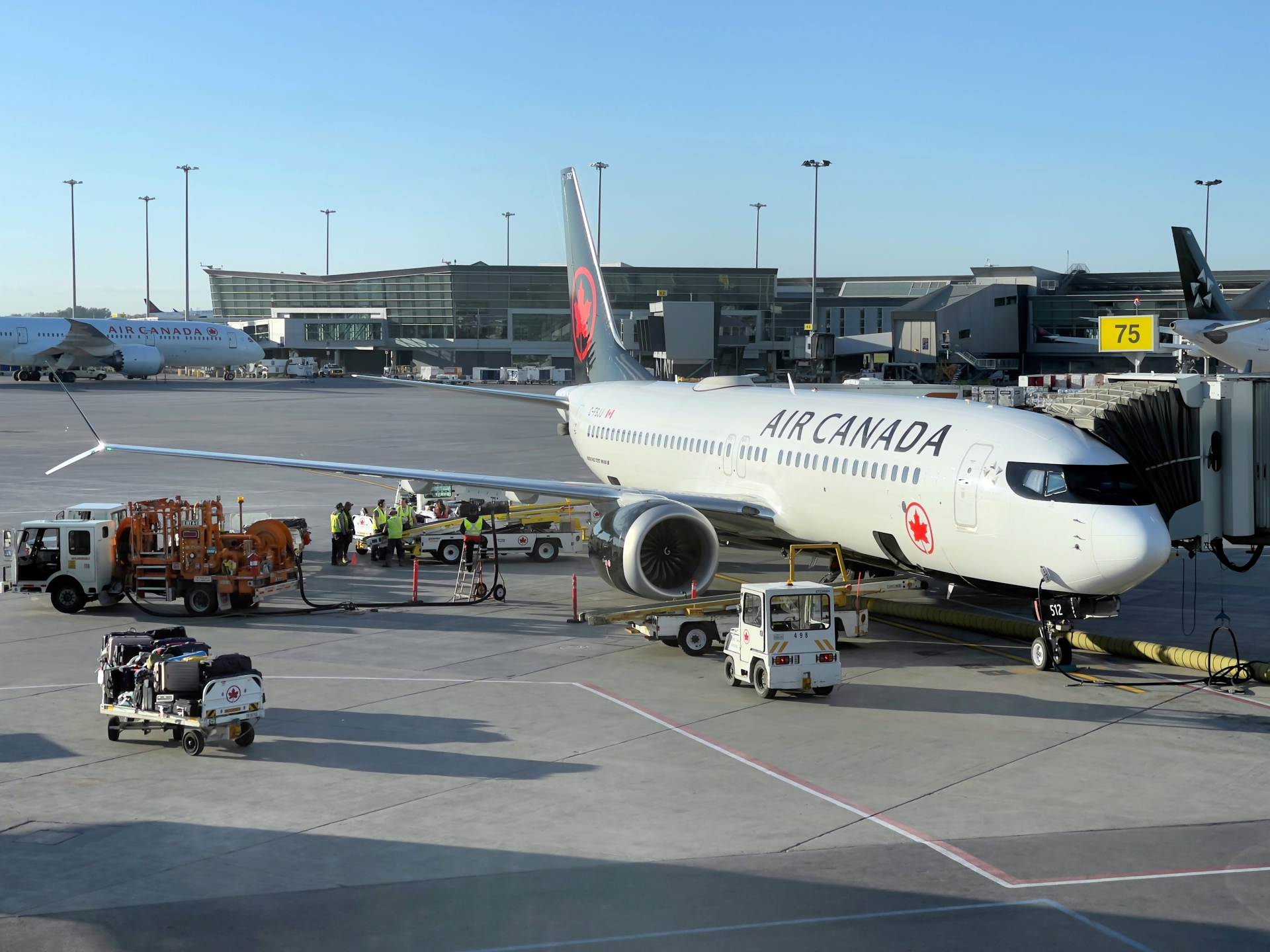 Canada's CTV did not publish story on segregating unvaccinated travelers

Social media posts claim to show an article from the Canadian outlet CTV News, reporting that Ottawa is considering segregating travelers on airplanes by Covid-19 vaccination status. This is false; CTV News said it did not publish such an article, and the Canadian government denied considering such a policy.

"Get to the back of the bus you dirty unvaccinated peoplekind!!!!" says a May 18, 2022 tweet, with hundreds of interactions.

The post and others on Facebook include an image that features the CTV News logo above the headline: "Ministry of Transportation considers creating unvaccinated section at rear of plane." 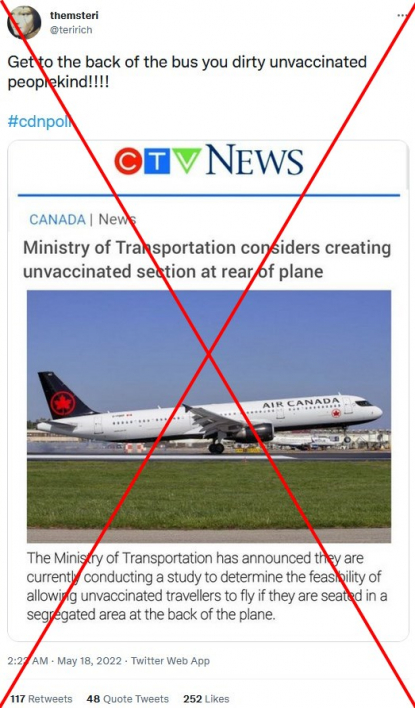 The image also shows a picture of an Air Canada plane with a caption that says: "The Ministry of Transportation has announced they are currently conducting a study to determine the feasibility of allowing unvaccinated travelers to fly if they are seated in a segregated area at the back of the plane."

The Canadian government does not allow travelers who are not vaccinated against Covid-19 to board a train or a plane.

The article pictured in the social media posts is not authentic. A search for the headline on CTV News's website found no such story.

Rob Duffy, CTV News manager of communications at parent company Bell Media, told AFP in an email: "I can confirm that CTV News never published such a story and that the screenshot does not show an authentic article from CTV News."

There is also no plan to enact such a policy, according to the federal government.

Hicham Ayoun, a spokesman for Transport Canada, told AFP in an email that the ministry "has not and is not considering creating designated sections for unvaccinated travelers on federally regulated means of transport."

AFP Fact Check previously examined posts sharing an altered image of CTV News content. This kind of misinformation is part of a pattern in which posts impersonate genuine news organizations to make false or made-up claims about ongoing events, including the war in Ukraine.