A video viewed more than 500,000 times on Facebook claims that just one day after Somalia’s presidential election, troops staged a coup and destroyed the newly-elected president’s residence. This is false: there have been no reports of a coup in Somalia, and AFP reporters on the ground confirmed that the claim is baseless. The video, which features footage of soldiers marching, includes scenes from a military parade that took place prior to the election.

This Facebook post was published on May 16, 2022, a day after Hassan Sheikh Mohamud was elected president for a second time in a long-overdue poll. Mohamud, who was previously president from 2012 to 2017, beat incumbent Mohamed Abdullahi Mohamed, better known as Farmajo.

The post, in Somali, reads: “BREAKING: Military coup takes effect after forces attack the residence of president-elect Hassan Sheikh Mohamud. Farmajo is told not to leave Villa Somalia [the presidential palace] and all Mogadishu streets are closed.” 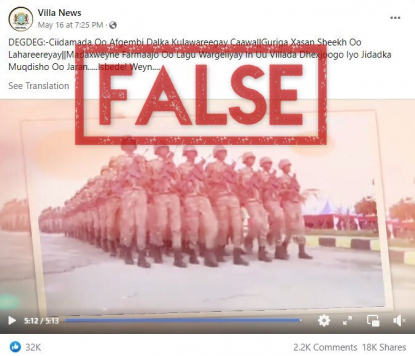 It features a video showing various scenes of troops marching, with a Somali voiceover claiming that “mutinous military forces” had captured part of the capital, angered by the results of the election. The voice goes on to claim that the military asked the former president not to leave the presidential palace and told residents to obey a curfew, with no movement allowed until further notice.

However, AFP Fact Check found the post’s claims to be false.

AFP reporters in the capital Mogadishu confirmed that there had been no coup since Somalia’s election.

There have also been no reports of any attempts to overthrow the government in local or international media.

On May 17, 2022 – a day after the misleading Facebook post was published – the presidency’s official Facebook page shared a video showing Mohamud and Farmajo having a cordial meeting at the presidential palace.

The video shared on Facebook features several short scenes of troops marching in different locations. They are played on a loop and a filter effect has been added to the entire video.

Using keyword searches on YouTube, AFP Fact Check was able to trace several of the shots to a military demonstration celebrating the country’s Armed Forces Day on April 12, 2022. 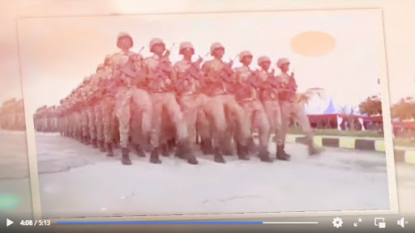 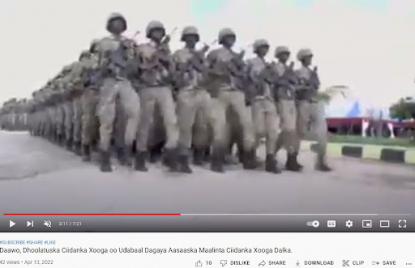 Screenshot from a video published in April 2022 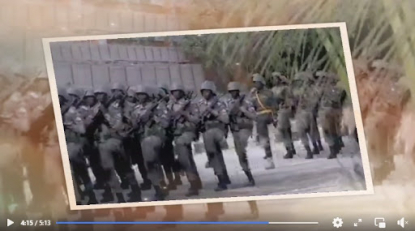 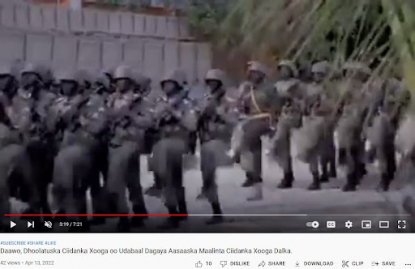 Screenshot from a video published in April 2022

A video report on the celebrations by Somali broadcaster Universal TV also features the same red, blue and white tents seen in the misleading clip. 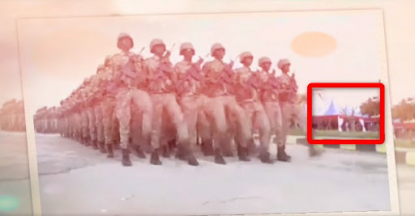 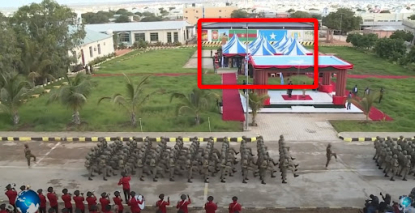 Screenshot from the Universal TV report

On May 15, 2022, after a marathon poll involving 36 candidates that was broadcast live on state TV, parliamentary officials counted 214 votes in favour of Mohamud, far more than the number required to defeat his main rival. He was sworn in shortly after votes were counted.

As AFP reported, celebratory gunfire erupted in the capital, with many hoping that the vote would draw a line under a political crisis that has lasted well over a year, after Farmajo's term ended in February 2021 without an election.

In a reminder of the country's treacherous security situation, explosions were heard on election day near Mogadishu's heavily-guarded airport complex where MPs were voting. Police said no casualties were reported in the blasts.