A video has been viewed thousands of times on Facebook, YouTube and Twitter alongside a claim it shows lifelike robots performing a classical dance in China's Shanghai Disneyland theme park. The claim is false: the video features human dancers, and the clip was filmed in Moscow, Russia. AFP did not find any reference to a show with robot dancers on the Shanghai Disneyland website.

The video was shared here by an India-based Facebook user on March 11.

The 49-second clip shows a man and woman dancing while spectators watch and film on their phones.

The post's caption states in part: "The classical dance is being performed at Disneyland in Shanghai. These two are not human dancers, but two Chinese-made robots. 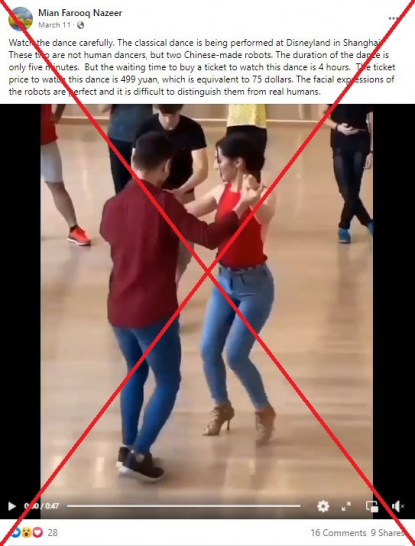 However, the video shows humans and not Chinese-made robots as the posts allege.

Bachata is a danceable but often melancholy music genre previously associated with the poor of the Dominican Republic.

The caption of the post indicates the performance was filmed during the Bachata Stars Weekend event in Moscow on August 2020, and the dancers seen in the clip are Dima and Dilara, bachata dancers from Russia.

Below is a screenshot comparison between the video seen in the misleading post (L) and the video on Instagram (R): 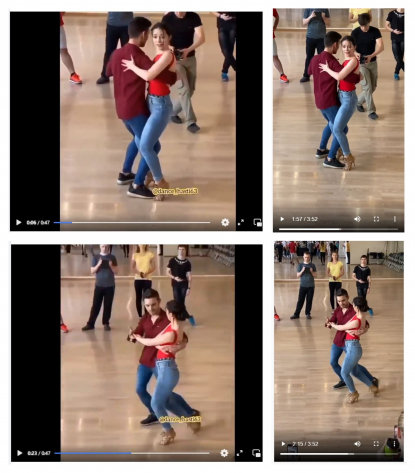 Dilara, one of the two dancers seen in the video, also shared the identical clip on her Instagram account, crediting DJ Don Corazon, while the pair uploaded multiple videos showing the same performance taken from a different angle, including this clip on August 25, 2022,

AFP performed multiple keyword searches on the Shanghai Disneyland website and did not find any show featuring lifelike robot dancers in its listed attractions or entertainment options.

AFP has previously debunked a similar claim about "robot dancers in Shanghai" here and here.