Skip to main content
Members of the New York Police Department and emergency personnel crowd the streets near a subway station in the New York City borough of Brooklyn on April 12, 2022, following a shooting incident ( AFP / Timothy A. Clary)

Social media posts claim video footage of panicked people running from New York's Times Square shows reactions to a subway shooting in the city on April 12, 2022. But the footage was taken days prior to the attack in Brooklyn, and it actually shows crowds fleeing a manhole cover fire in the Broadway theater district of Manhattan.

"Moments of panic after the New York subway attack," says an April 12 tweet that includes a clip of people rushing out of Times Square. 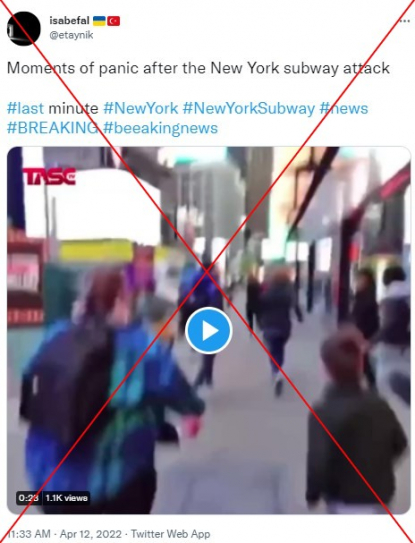 Another tweet said the people were running from an exploding manhole but claimed it happened "minutes after shooting on a Brooklyn subway."

Similar posts linking the footage to the shooting also appeared on Facebook in English here and Spanish here.

A masked gunman shot and wounded 10 people in the subway in the borough of Brooklyn on April 12, but the video shared on social media is unrelated.

An advanced Twitter search for video content with the keyword "Times Square" revealed that the original clip was posted on April 10. 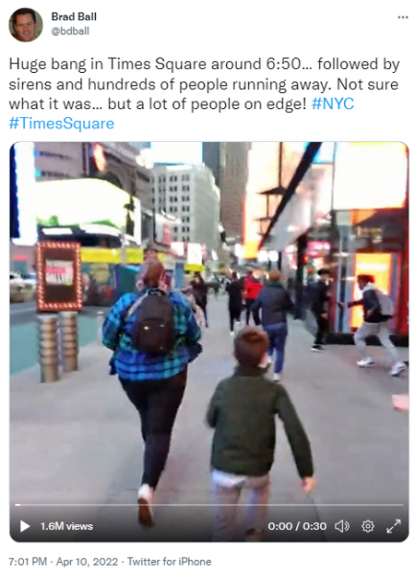 The Twitter account links to a website where self-described vlogger Brad Ball also posted the video. He described the clip saying: "With my son in Times Square, New York City on Sunday, April 10. Around 6:50 there was an explosion heard, following which a mass crowd of people started running north on Broadway. I clicked 'record' on my Ray-Ban Stories sunglasses and caught the moment on video."

Fire personnel on the scene found three manholes on fire,  but no injuries were reported.

Police have identified 62-year-old Frank James as a suspect in the attack. James was spotted by officers on a Manhattan street and arrested on April 13, according to New York Police Department commissioner Keechant Sewell.

Donning a gas mask, the shooter set off two smoke bombs in a packed train car and opened fire on terrified commuters. 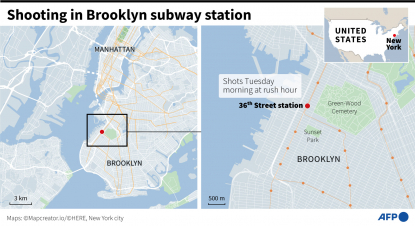 The attack also left 13 others injured as they scrambled to get out of the station or suffered smoke inhalation.