Online posts claim a video shows Ukrainian President Volodymyr Zelensky singing the song "Imagine" by John Lennon. This is false; the clip shows an American singer's cover of the 1971 hit.

"Saturday. Imagine. President of Ukraine's take" says a March 26, 2022 tweet linking to a video of a man singing while playing the piano. 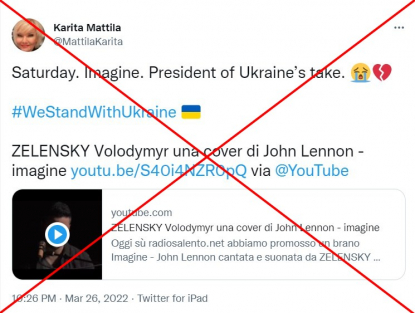 The video, which was shared on YouTube with Italian-language captions by Radio Salento, racked up more than 1.1 million views, and spread to other social media platforms including Facebook. The caption translated to English reads: "Zelensky Volodymyr a cover by John Lennon - imagine."

Zelensky's career as an actor prior to being elected president of Ukraine in 2019 make the claim he recorded a version of Lennon's "Imagine" plausible, but AFP determined the video does not show the leader.

Following a similar false claim that the president had recorded a duet of "Endless Love" with his wife, AFP recognized the singer in the video as Alejandro Manzano.

By searching in Google for Manzano's name along with the title "Imagine," AFP was able to locate the cover artist's original video posted on YouTube on July 9, 2017, by the American band Boyce Avenue, of which he is a member.

A side-by-side comparison below shows that Manzano (left) resembles Zelensky, but is indeed a different person. 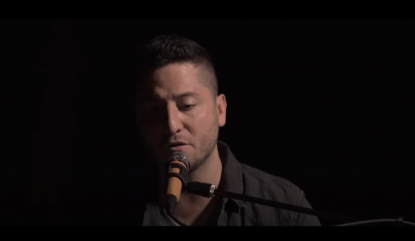 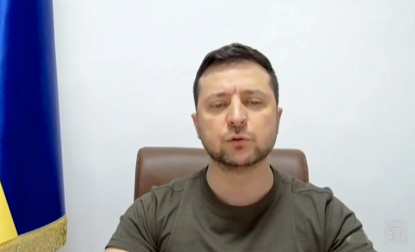