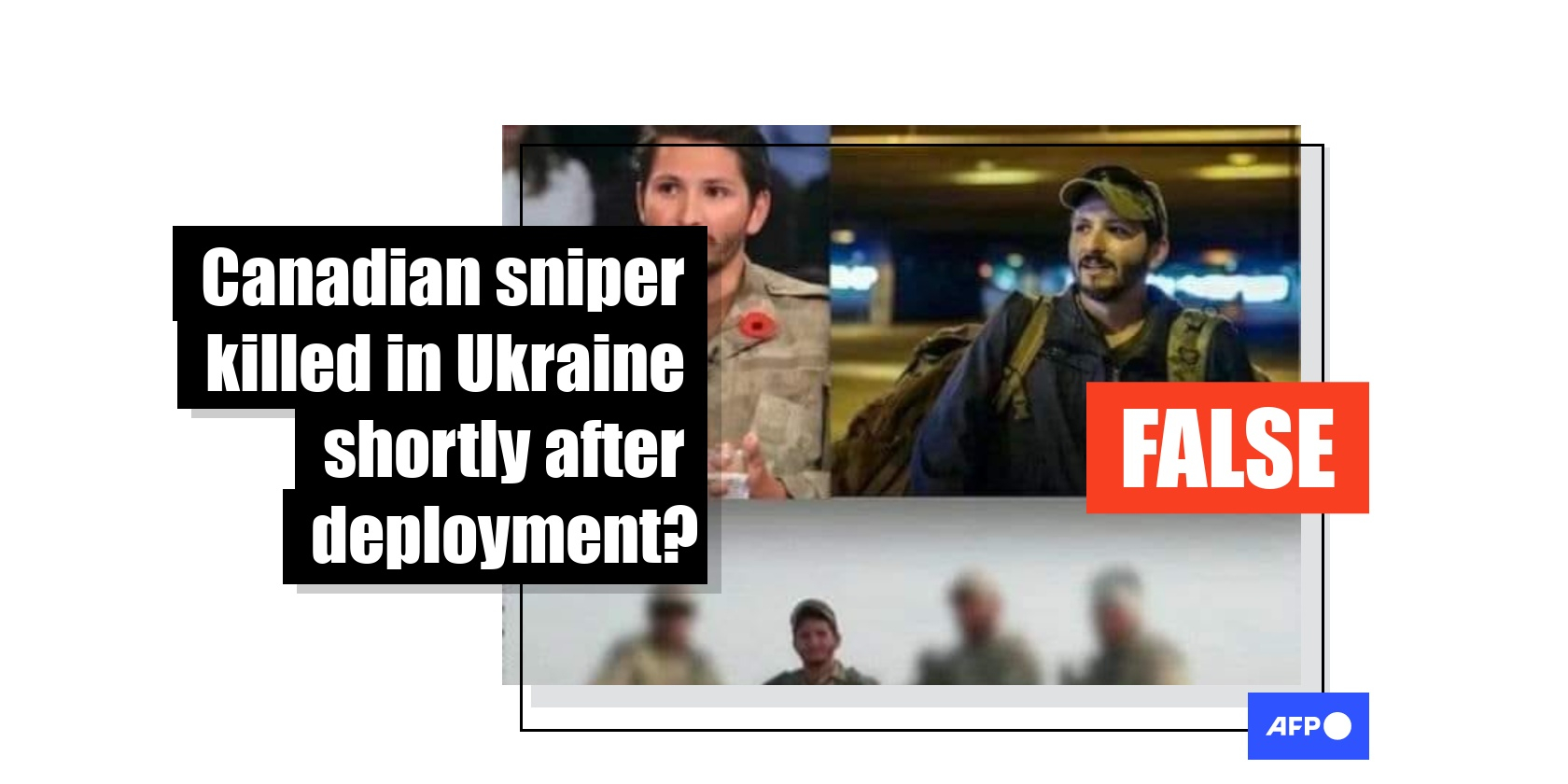 Multiple posts on Facebook have claimed that a sharpshooting Canadian sniper known as Wali was killed by Russian special forces 20 minutes after he arrived on the frontline in Mariupol, Ukraine as a volunteer fighter. However, this is false; the man, a former Canadian Armed Forces sniper, dispelled the rumours of his death during a video call.

“This Canadian sniper Wali whom the West and MSM rated "The Deadliest Sniper in the World" has been Killed by SPETSNAZ (Russia Special Forces) just 20 minutes after arriving the frontline in Mariupol,” reads part of a Facebook post published on March 16, 2022. 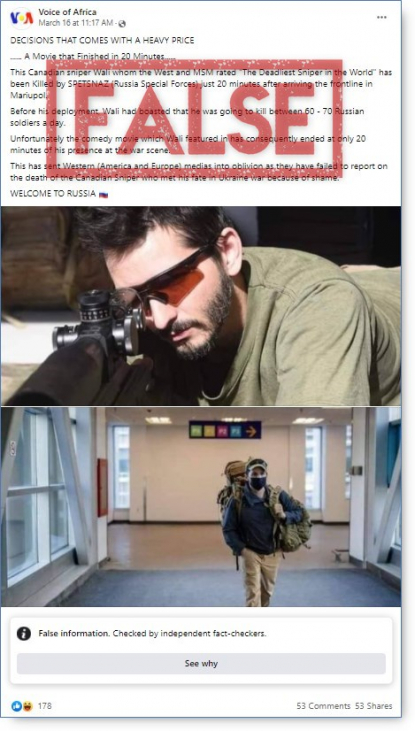 MSM is a common abbreviation for “mainstream media”. The post accuses the West of keeping quiet about Wali’s purported death because of “shame”.

One of the pictures used in the post shows Wali taking aim with his rifle while the second one shows him at Trudeau Airport in Canada with his army gear.

Many people commenting on the post believed the claim that Wali was killed in action, stating that Russia’s capabilities had been underestimated. 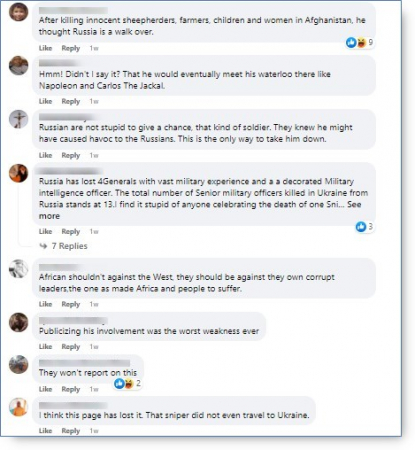 As reported by AFP, people from around the world have responded to Ukrainian President Volodymyr Zelensky's appeal for volunteers to join his forces since Russia’s invasion began on February 24, 2022.

Some 20,000 people are believed to have been killed in the conflict so far, according to Zelensky, though the number of casualties could not be independently verified.

One such volunteer, as reported here and here, is a Canadian known by the nom de guerre "Wali". Some media have described him as the “world’s deadliest sniper”.

According to Canadian public broadcaster CBC, Wali served in the Royal 22nd Regiment of the Canadian Armed Forces.

He can be seen crossing the Polish border into Ukraine in a YouTube video published on March 5, 2022, by CNN.

However, some seem to confuse him with a member of another Canadian special force called Joint Task Force 2, who is recognised for having the longest ever confirmed sniper kill.

Wali repeated the statement in a video interview with CBC broadcast on March 22, 2022. He also denied ever being in Mariupol as some posts falsely claimed, adding he was fighting in and around the capital Kyiv.

“Well, I’m alive,” he said, “I pretty much was the last person to learn about my death.”

Wali had not responded to AFP Fact Check's requests for comment by the time of publication, but he regularly posts updates on this French blog.

A French journalist for France 24 also confirmed in a tweet that the Canadian volunteer was alive when he interviewed him on March 22, 2022.

On the same day, Wali personally addressed the death claims in a Facebook post that included a picture of himself posing with a rifle inside a children’s ball pit.

“The rumours that I died in the fight were completely ridiculous,” read part of his post’s caption in French.

Wali’s Facebook page La Torche et l'Épée - The Torch and Sword was created in 2015 and includes links to other social media platforms as well as his blog where he promotes the various books he has written.

Ukraine and Western allies waited on March 30, 2022, for signs that Moscow was "radically" reducing military activity around Kyiv, as promised in peace talks, with scepticism high after Washington warned Russian troops were being repositioned and not withdrawn.

Both sides called talks in Istanbul "meaningful" and "positive", in sharp contrast to previous rounds of discussions, raising hopes after more than a month of war that has killed thousands and displaced millions.