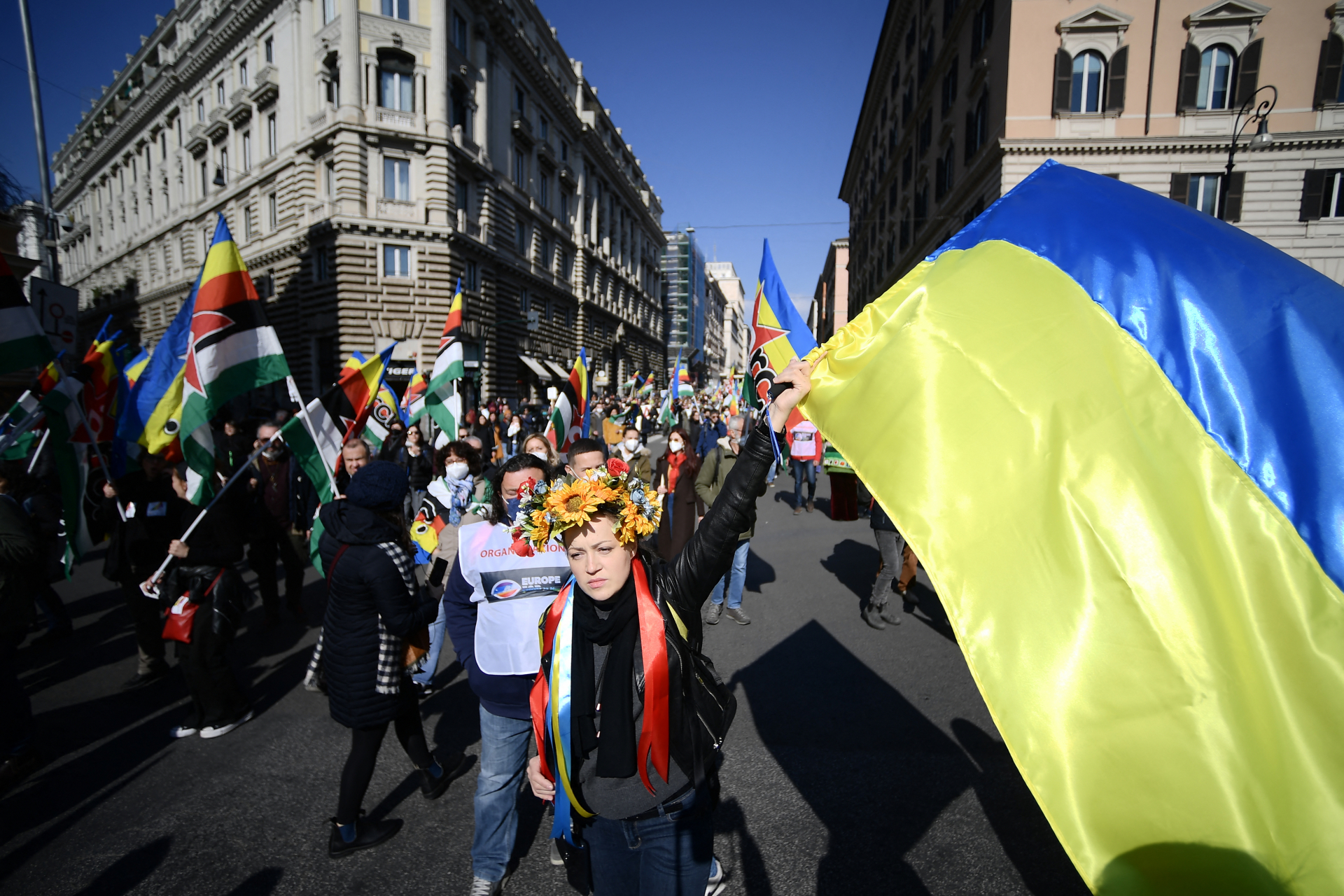 A woman holds a Ukrainian flag as demonstrators protest in Rome on March 5, 2022 against Russia's invasion of Ukraine ( AFP / Filippo Monteforte)

An image comparing what appears to be an Italian television network's coverage of the war in Ukraine to a shot from a movie has spread online in posts claiming the media is lying about Russia's invasion. But the network's parent company rejected the claim, a word is missing from the TGCOM24 logo used in the posts, and AFP found no evidence of the footage being broadcast on the channel.

"Don't believe a word they say," says a March 8, 2022 Facebook post. It features two images of the same scene, the top one captioned "ESCAPE FROM KIEV," which includes part of the TGCOM24 logo, and the bottom one marked "MOVIE DEEP IMPACT." 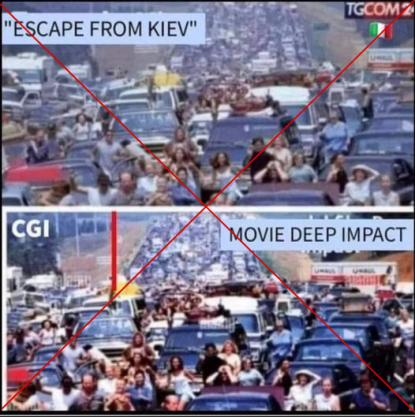 The same comparison of images was shared in English on Twitter, Instagram and Reddit, as well as on a website that hosts memes. Variations on the claim also spread in Italian, French and Portuguese.

Russia invaded Ukraine in late February, pushing more than three million people to flee the country and sparking a flood of inaccurate claims about the conflict.

AFP conducted multiple keyword and reverse images searches on YouTube, Google, Facebook and with social media monitoring tool CrowdTangle, but found no evidence of the footage appearing on TGCOM24. The earliest version of the claim appears to be a February 28, 2022, Facebook post from an account in Italy.

Stefano Longhini, a legal affairs executive at RTI S.p.a, which is part of the Mediaset group, told AFP in a signed document dated March 11: "RTI is not involved in the fake editing of images you warn us about."

The TGCOM24 logo includes the word "Mediaset" at the top, he said, while the logo that appears in the posts does not.

"Undoubtedly our logo has been affixed by others to our detriment, and the image is clearly a fake," Longhini said. 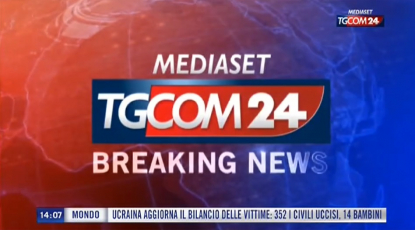 Examples of the logo appearing during the network's coverage of the war in Ukraine can be found here and here.