US tax-free gas posts are a hoax


Facebook posts claim US gas stations are set to protest against the government by selling fuel tax free. But the posts lead to a hoax website with an image of actress Maggie Smith making an offensive gesture.

"Tomorrow between 2pm and 6pm, the big fuel companies will sell their tax-free products in protest against the government. - Gas price is $1.60 - the diesel price $1.45 Here's the link to the list of fuel stations in your area," says a March 16, 2022 Facebook post that has been shared more than 3,200 times. 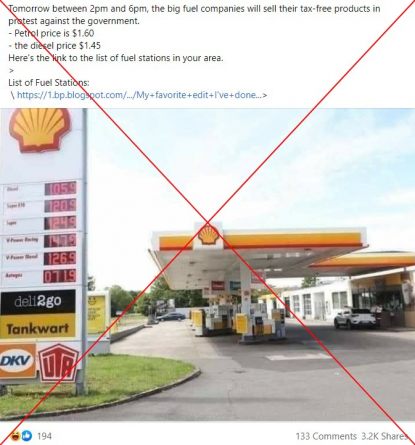 Similar posts -- which circulated as US gasoline prices spiked in March 2022 -- appeared on Facebook here and here.

The posts include what appears to be a direct link to participating gas stations, but clicking on it brings up a GIF based on a painting by Dani Hartel of Smith raising her middle finger. 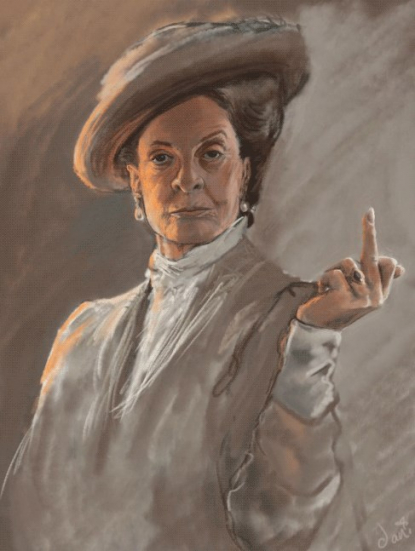 Screenshot taken on March 16, 2022 of the image revealed after clicking on a link shared on Facebook

Comments on the posts showed many people understood they were a joke, but others seem to believe the offer is genuine.

Six state governors have urged Congress to suspend the federal gas tax. Similarly, states are looking to temporarily lift taxes on fuel, including Maryland, where Governor Larry Hogan has called for a 30-day suspension of the state's 37-cent-per-gallon tax.