A Facebook post has shared a broadcast video of warplanes as proof that a pair of supersonic Russian nuclear jets touched down in South Africa’s capital Pretoria amid the 2022 invasion of Ukraine. However, the claim has been shared out of context: the footage, while authentic, was taken in 2019 when Russia landed two of its heralded “White Swans” strategic bombers in South Africa to “deepen military cooperation” between the two nations.

The Facebook post published on March 6, 2022 features a TikTok video of Russian state broadcaster RT (formerly known as Russia Today) reporting on the arrival of two of the country's nuclear-capable warplanes in South Africa.

“R.ussia Nuclear Bomber Jet Made a Symbolic Landing In Pretoria South Africa To Show Capability (sic),” reads the caption on the Facebook post. 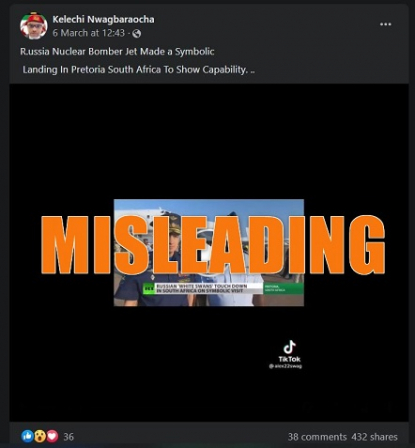 The chyron on the almost four-minute television report reads: “Russian ‘White Swans’ Touch Down in South Africa on Symbolic Visit”. A review of the video shows bomber jets departing one airport in the dark and arriving at another during the day.

A screenshot of a similar broadcast by state-owned South African Broadcasting Corporation (SABC) was also shared on Facebook in a post dated March 2, 2022. The SABC headline in the screenshot talks of a “military development” and says “Russia lands two strategic bomber jets”. 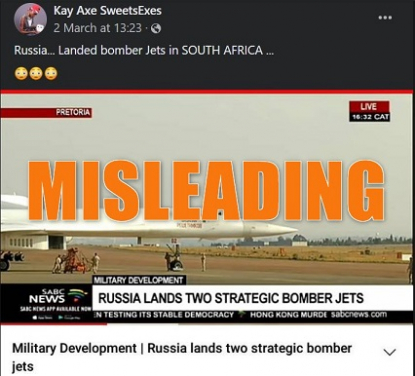 But the footage and the SABC broadcast screenshot are unrelated to the ongoing invasion of Ukraine by Russian forces and show events that happened years before the war broke out on February 24, 2022.

Using verification tool InVID-WeVerify to conduct a reverse image search on keyframes from the video, AFP Fact Check found the original version on the YouTube page of RT.

A similar video was uploaded to YouTube by SABC two days earlier.

“We cross live to the Waterkloof Airbase now where Moscow is landing two normal strategic fighter bombers,” reads SABC’s description of the broadcast.

“The aircrafts are set for military development in SA. One of the jets is called a blackjack bomber, it is the world's biggest military aircraft, and most sophisticated supersonic jet (sic).”

Russia refers to the Tu-160s as “White Swans”, while NATO uses the reporting name “Blackjacks”. 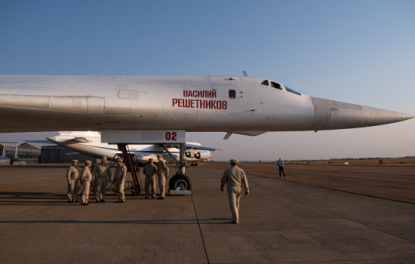 A Russian Tupolev Tu-160 'Blackjack' at the Waterkloof Air force Base in Pretoria, South Africa ( AFP / )

Russia’s defence ministry explained that the purpose of the visit was to develop bilateral military cooperation between the Russian Aerospace Forces and South Africa’s air force.

“The event will help to increase the combat training of the flight personnel of the two countries,” the ministry said in a statement on its website. “Comprehensive friendly relations between Russia and South Africa are built in the spirit of strategic partnership and mutual understanding.”

The Russian embassy in South Africa also tweeted about the landing of the nuclear aircraft in the same year.

AFP Fact Check recently debunked similar posts claiming that Russia had sent two of the same type of nuclear bombers to Venezuela, when in fact the accompanying footage was filmed in December 2018 during a joint military exercise between the two countries. 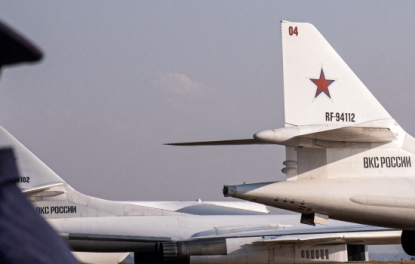 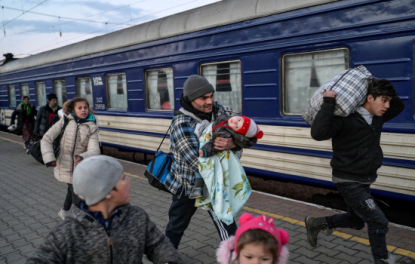 The Federation of American Scientists estimates that Russia has 5,977 nuclear warheads, making the nation the largest stockpile of nuclear weapons globally. 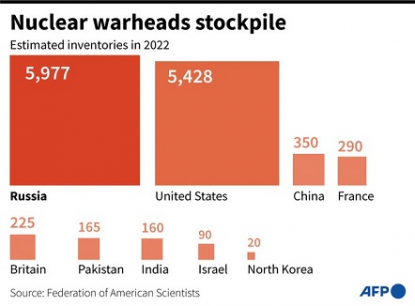