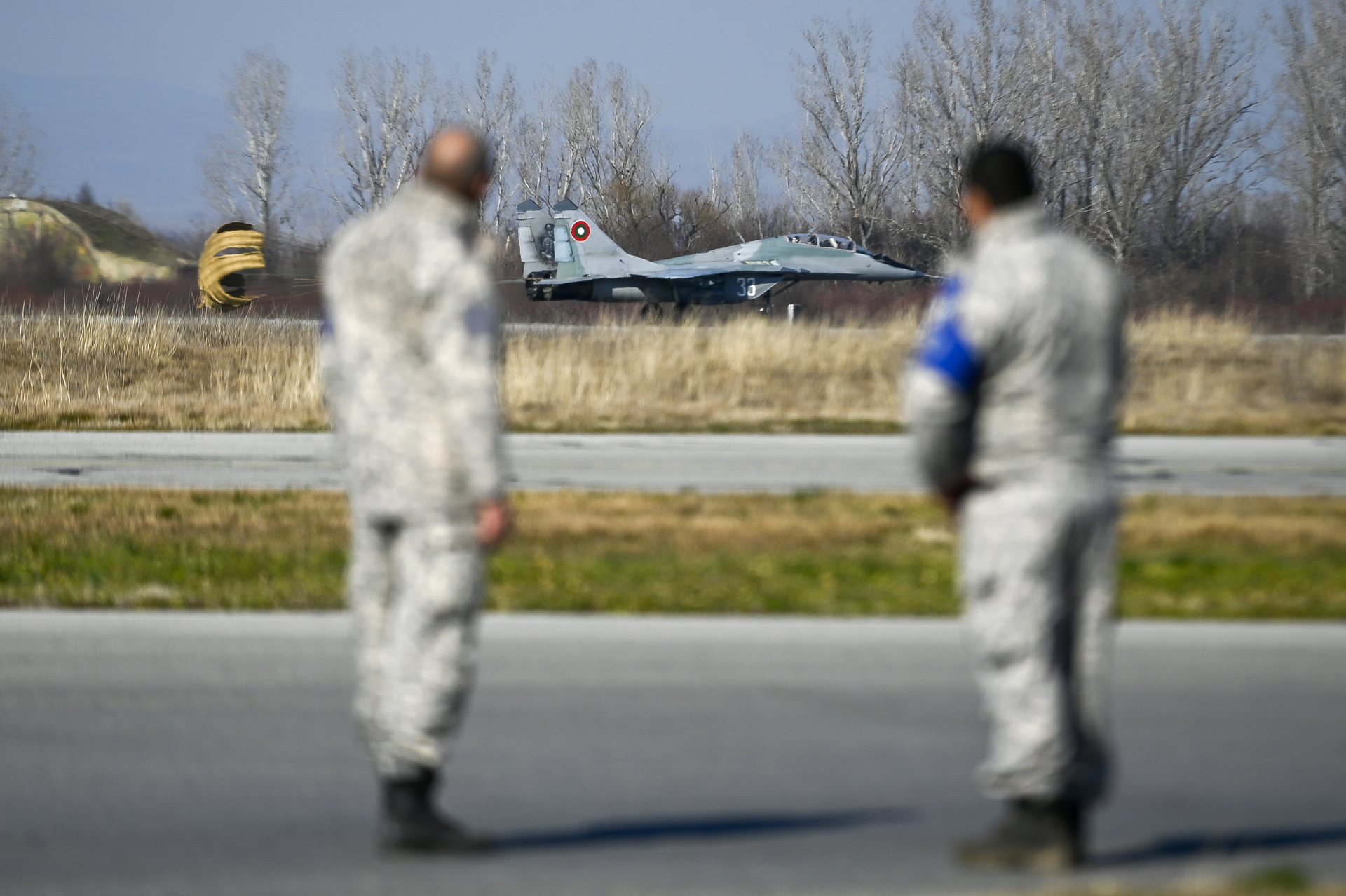 Social media posts claim that three NATO countries will give 70 warplanes to Ukraine to aid the fight against invading Russian forces. This is misleading; while Kyiv said Poland, Bulgaria and Slovakia would provide the aircraft, officials from all three countries denied that they would do so.

"Bulgaria, Poland and Slovakia will transfer 70 combat aircraft to Ukraine that can be stationed on airfields in Poland," a March 2, 2022 Facebook post says, citing Russian news agency TASS, which included Bulgaria's denial in its report. 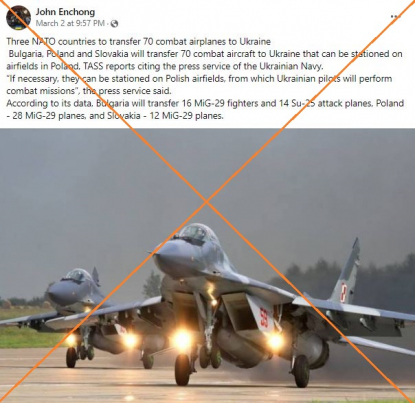 The same claim -- which circulated online after President Vladimir Putin's troops invaded Ukraine on February 24 -- appeared on Facebook here and here, and was reported by Russian outlet RT here.

Various European countries and the United States have supplied weapons to Ukraine, which has pilots who are trained to fly Soviet-era planes. But getting the aircraft to Kyiv's forces would be difficult logistically, and could be viewed by Moscow as an escalation.

On February 27, while discussing a 500 million euro fund for materiel and military assistance to Ukraine, top EU diplomat Josep Borrell announced: "We are going to supply arms and even fighter jets."

Ukraine's Foreign Minister Dmytro Kuleba "has been asking us that they need the type of fighter jets that the Ukrainian army is able to operate. We know what kind of planes and some member states have these kinds of planes," Borrell added.

When asked about the matter at a press conference on February 28, Borrell said in Spanish that the 500 million euro package would not be enough to cover the cost of the planes, but that "certain European countries may, if they wish, bilaterally mobilize any sort of assistance."

That same day, the Ukrainian armed forces and the country's parliament announced on social media that 70 planes would be received: 16 MiG-29s and 14 Su-25s from Bulgaria, 28 Mig-29s from Poland, and 12 MiG-29s from Slovakia.

But as of March 4, all three countries have denied that they plan to send aircraft to Ukraine.

Bulgarian Prime Minister Kiril Petkov said during a February 28 press conference that, considering the small size of the country's air force, it could not and would not be giving planes to Ukraine, calling the idea "absurd."

Polish President Andrzej Duda said during a press briefing at a NATO airfield in Poland the same day: "We are not going to send any jets to the Ukrainian airspace," alongside NATO's secretary general, Jens Stoltenberg.

Stoltenberg said NATO would send anti-tank weapons, air defense systems and "other military equipment," but not troops or planes.

And on March 3, Polish government spokesperson Piotr Muller reiterated on national broadcaster Polsat News that there are no plans for his country to send military jets to Ukraine.