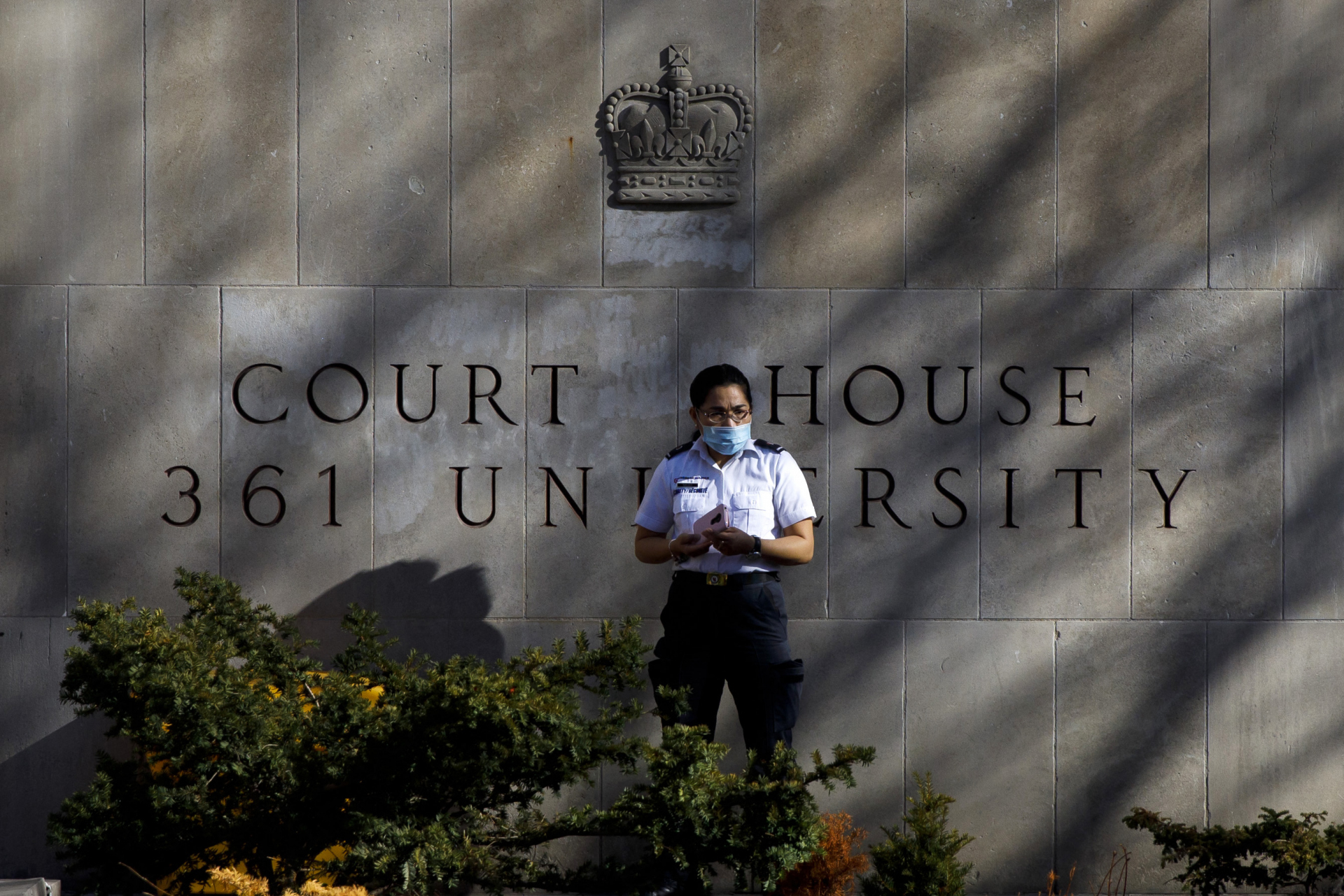 A security guard stands outside the Superior Court of Justice in Toronto, Ontario on November 2020 (AFP / Cole Burston)

Social media posts claim that the Supreme Court of Canada agreed to hear a case accusing Prime Minister Justin Trudeau, Ontario Premier Doug Ford and other civic officials of “crimes against humanity” for implementing public health measures against Covid-19. This is false; the document used as proof was filed in a provincial court where it was dismissed pending appeal, and the country’s top court confirmed that no such case exists on its docket.

“Canadian Supreme Court has accepted the case for Crimes Against Humanity presented by Dr. Reiner Fuellmich, R.F. Kennedy jnr, & Dalores Cahill,” reads the title of a May 5, 2021 article published on a website called Philosophers Stone. It was shared more than 1,500 times on Facebook, according to the social media monitoring tool CrowdTangle.

The article has since been updated to say, “this is not a real case before the courts,” but the original claim continues to circulate on Twitter, Instagram and via a BitChute video. 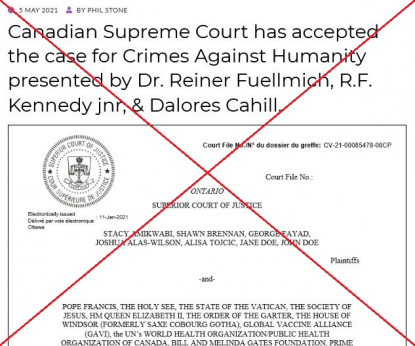 Screenshot taken from an archived version of philosophers-stone.info on May 12, 2021

Canada recorded almost 1.3 million Covid-19 cases and nearly 25,000 deaths since the beginning of the pandemic. Measures to curb the spread of the virus, as some provinces experience a third wave of cases, have led to protests, as in Montreal on May 1 when tens of thousands marched against a provincial lockdown and mask-wearing requirements. 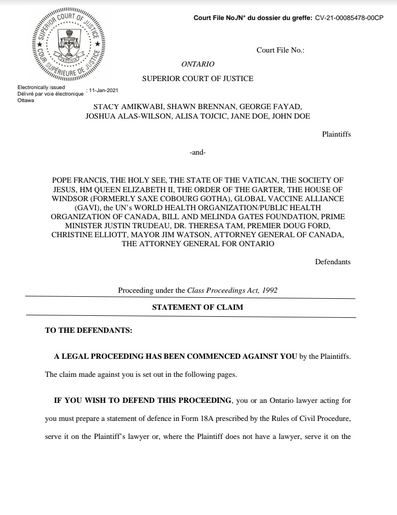 But this statement of claim clearly indicates that it was filed in Ontario’s Superior Court, a provincial judicial body, which is not Canada’s Supreme Court.

Contacted by AFP, the Supreme Court of Canada confirmed there is no such case before it.

“After conducting some verifications, I can confirm that this file does not exist at the Supreme Court of Canada and that the Court has not issued any decision in this regard,” a spokesperson for the Ottawa-based judicial body told AFP.

On its website, the Court states that it “hears appeals from the decisions of the highest courts of final resort of the provinces and territories, as well as from the Federal Court of Appeal and the Court Martial Appeal Court of Canada.”

But the Ontario Superior Court confirmed to AFP that the case had been dismissed under Rule 2.1 of the Rules of Civil Procedure, which states that “the court may, on its own initiative, stay or dismiss a proceeding if the proceeding appears on its face to be frivolous or vexatious or otherwise an abuse of the process of the court.”

Along with Canadian politicians, defendants named in the suit include Pope Francis, Queen Elizabeth II, the Order of the Garter, and Bill and Melinda Gates Foundation.

The plaintiffs’ lawyer is Michael Swinwood, who is associated with the organization Elders Without Borders. The documents related to this case, including the statement of claim and a notice of appeal dated March 23, 2021, are available on its website.

A spokesperson for the Court of Appeal for Ontario confirmed that the case “is currently open with a deadline to perfect the appeal by May 18, 2021.”

The social media posts evoked the names of German lawyer Reiner Fuellmich, Robert F Kennedy Jr and Dolores Cahill -- who have spread misinformation about the Covid-19 pandemic -- but they do not appear in the list of plaintiffs. 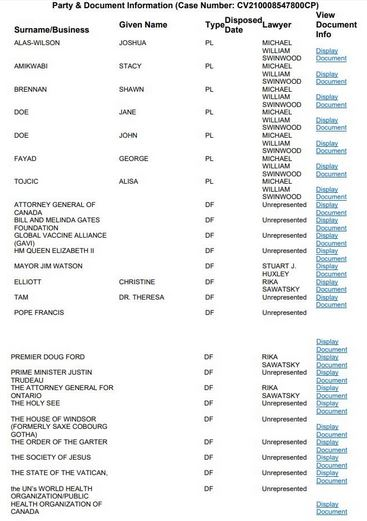