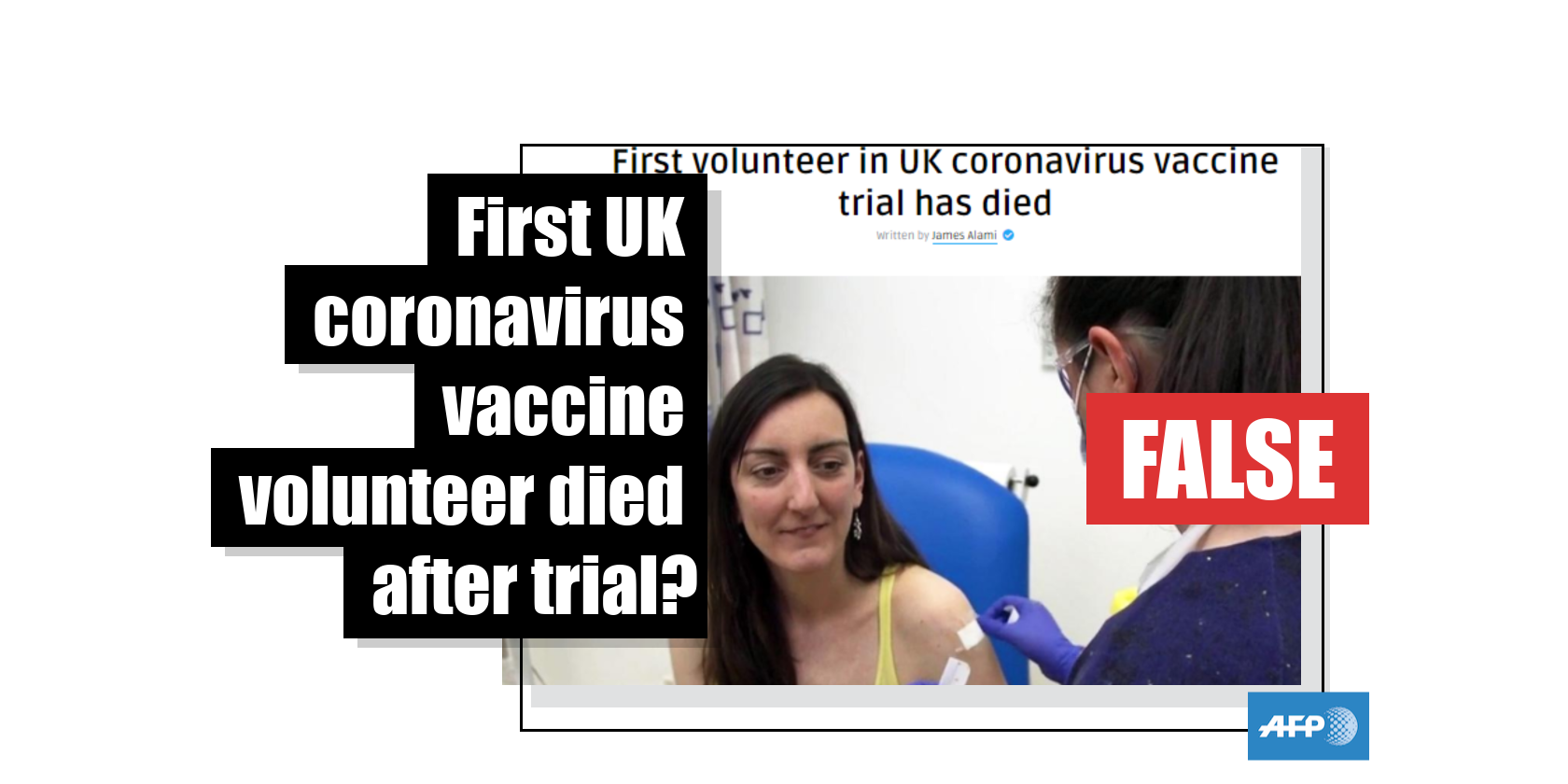 An online report shared tens of thousands of times on Facebook and Twitter claims that one of Britain’s first volunteers to be injected with a trial coronavirus vaccine has died. However, the claim is false, originating from a website with a history of spreading misinformation. The volunteer, herself, has dismissed the report, which was also denied by UK health officials and the scientists behind the trial.

The claim was published here in South Africa on a website called News NT. Since it was posted on Facebook on April 25, 2020, it has been shared nearly 70,000 times and seen by more than two million people, according to data provided by the social network. 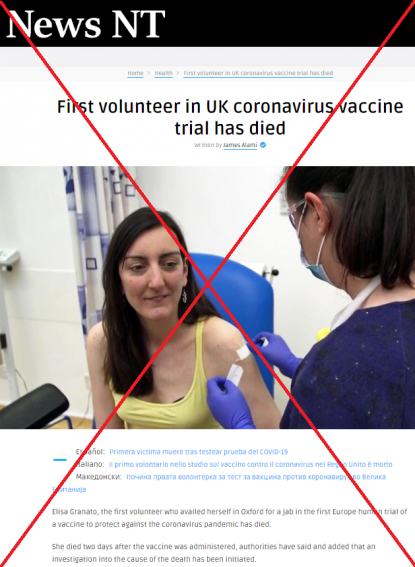 A screenshot taken on April 27, 2020, showing the misleading publication

According to News NT, microbiologist Elisa Granato died two days after she was administered Britain’s first trial COVID-19 vaccine. “A statement by the researchers said Elisa had complications few hours after taking the vaccine and died while on admission (sic),” the article read.

Granato was one of the first two people to take part in the human trial of a new COVID-19 vaccine at Oxford University on April 23, 2020. The scientist told BBC in an interview that the decision was to “support the scientific process”.

As part of the process, the Oxford Vaccine Group, which is conducting the trial, hopes to vaccinate about 800 more people in Britain in the next month.

The viral claim appears on Twitter here and here, while the link to the publication was also shared in several Facebook posts published globally, including in Australia, Nigeria, Kenya and the US.

But the website has a history of spreading misinformation about the coronavirus pandemic, and there is no evidence to support the claim.

In March 2020, Guyana’s health ministry rejected as “fake news” a News NT’s article that a family of three in the capital Georgetown died before testing positive for coronavirus.

The site recently published an article that Nigerian President Muhammadu Buhari had tested positive for the virus and was receiving treatment in an isolation ward after the death of his chief of staff, Abbah Kyari.

The claim was false -- Buhari addressed Nigerians in a nationwide broadcast on April 27, 2020, shortly after the article was published. AFP has also debunked a similar claim here.

We traced the website’s history using site identity tool Whois.com and found that it was registered on March 4, 2020, in the midst of the coronavirus pandemic. 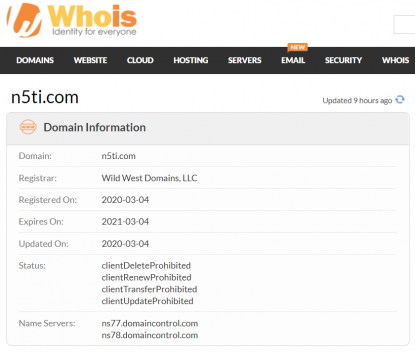 A screenshot taken on April 27, 2020, information about the website registration

Granato rejected the claim in a video shared on April 26, 2020, by BBC medical correspondent Fergus Walsh, who covered the human trial of the Oxford vaccine.

“I am very much alive,” Granato said in 17-second footage posted on Twitter. “I’m having a cup of tea. It’s Sunday, the 26th of April, three days after I got the vaccine or the control.”

Walsh also tweeted that the claim was “not true” when he published the video.

“I spent several minutes this morning chatting with Elisa Granato via Skype.  She is very much alive and told me she is feeling ‘absolutely fine’,” he wrote.

....and here is Dr Elisa Granato in person. Alive and well pic.twitter.com/Csw1WqmBQa

Meanwhile, Oxford University has also warned that people should not believe or share the report.

“We are aware there have been and will be rumours and false reports about the progress of the trial,” Oxford said in recent news about the trial progress. “We urge people not to give these any credibility and not to circulate them.”

Moreover, the UK Department of Health and Social Care has dismissed the report as untrue. “News circulating on social media that the first volunteer in a UK #coronavirus vaccine trial has died is completely untrue,” it said in a tweet published on its official Twitter account.

News circulating on social media that the first volunteer in a UK #coronavirus vaccine trial has died is completely untrue.

Before sharing unsubstantiated claims online, use the SHARE checklist to help stop the spread of harmful content:
▶️ https://t.co/9rAFQES8Xm pic.twitter.com/HgG4cHnLFQ