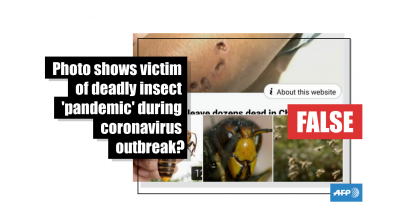 Published on Friday 29 May 2020 at 07:18
A photo of a person with several puncture wounds on their arm has been shared hundreds of times in multiple Facebook posts that claim China and Iran were hit by a deadly insect “pandemic" during the coronavirus crisis. The claim is false; this photo has circulated in reports about a series of hornet attacks in China in 2013 -- almost seven years before the novel coronavirus was first detected.
Read more 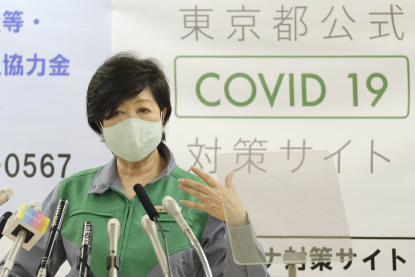 Published on Monday 25 May 2020 at 05:45
Multiple Facebook posts shared hundreds of times claim China and Japan have re-entered a strict coronavirus lockdown in mid-May 2020 following a “second wave” of the virus. The posts were shared as a "breaking news" alert on May 16. The claim is misleading; as of May 22, Japan has begun easing lockdown restrictions; on May 18, China put one city in Jilin Province under total lockdown but it has relaxed restrictions in other parts of the country.
Read more

Published on Friday 22 May 2020 at 06:30
A photo of a purported notice announcing that people who were unable to take the Philippine government’s civil service exam due to the COVID-19 pandemic will automatically receive a passing mark has been shared hundreds of times in multiple Facebook posts. The claim is false; the Philippine Civil Service Commission (CSC) denied issuing the notice, and an online search found no such announcement about automatically passing delayed test takers.
Read more 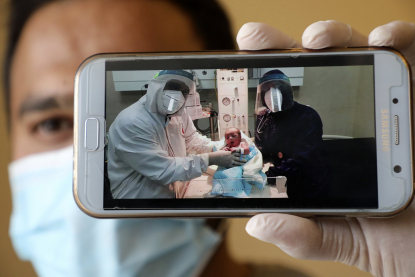 Published on Thursday 21 May 2020 at 07:15
Two photos have been shared thousands of times in multiple Facebook posts which claim that Kawasaki disease is spreading among babies during the coronavirus pandemic. The claim is misleading; one of the photos has previously circulated in reports about a skin blister caused by a different disease; health authorities are still investigating cases of a Kawasaki-like condition observed in some children with COVID-19, and maintain that children remain “minimally affected” by the virus overall.
Read more 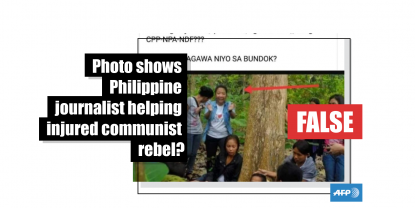 Published on Tuesday 19 May 2020 at 11:00
A photo showing a group of women appearing to tend to an injured man in a wooded area has been shared hundreds of times in multiple Facebook posts alongside a claim it shows a journalist from the Philippine broadcasting network ABS-CBN “protecting” communist rebels. The claim is false; the photo has circulated in media reports since 2013 about a safety training session for female journalists in the Philippines; the local news website that first published the photo issued a statement denying the claim, saying the photo was being used “maliciously”.
Read more