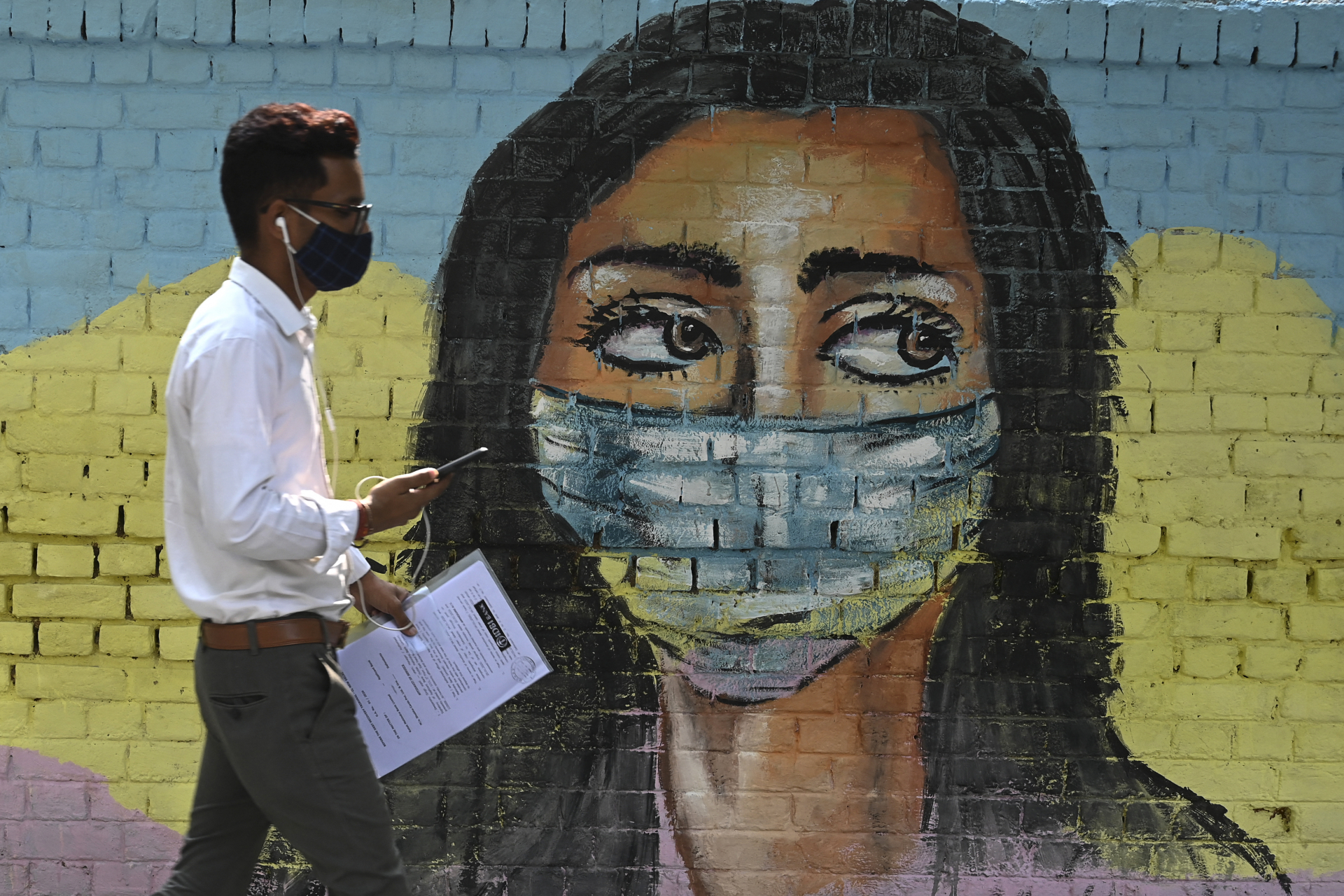 A man walks past a mural depicting the Covid-19 coronavirus in New Delhi on November 7, 2020. (Sajjad HUSSAIN / AFP)

5G technology is not to blame for India's coronavirus deaths

A message shared repeatedly on Facebook and Twitter in India claims that the country's catastrophic second wave of Covid-19 cases was caused by 5G technology. The claim is misleading: the World Health Organization (WHO), radiation experts, and health authorities have said there is no evidence that radiation emitted from 5G is harmful to human health.

“This second wave of the pandemic, which is being dubbed as corona, is not corona but caused by the testing of 5G networks. The radiation released from the 5G towers is making the air poisonous. That is why people are facing difficulties in breathing and dying. Please demand a ban on 5G testing and everything would be normal,” the long Hindi-language message reads in part. 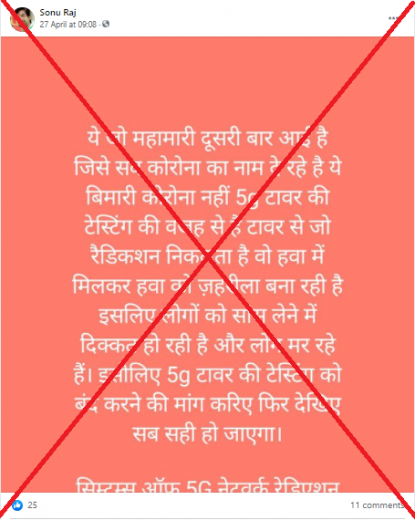 India has recorded the world’s second-highest number of Covid-19 cases -- behind the United States -- with more than 27 million infections, according to an AFP tally on May 27, 2021.

These claims are false and baseless.

Rodney Croft, a professor at the University of Wollongong and an ICNIRP member, told AFP: “There are not any adverse health effects caused by exposure to 5G."

Mahadevappa Mahesh, professor of Radiology and Cardiology at the Johns Hopkins University School of Medicine, told AFP: “From a physics point of view, 5G does not make much of a difference in terms of the millimeter waves [than 4G]."

Simon Clarke, Associate Professor in Cellular Microbiology, University of Reading, told the UK's Science Media Centre: “This is a disease which numerous doctors and scientists around the world have said is caused by a virus, something completely different to a mobile phone signal.

“Electromagnetic waves are one thing, viruses are another, and you can’t get a virus off a phone mast.”

Covid-19 has spread in many countries -- such as Iran and Nigeria -- without 5G networks.

Testing of 5G technology is in its initial stage in India as of May 2021.

The Department of Telecommunications granted permission to start trials on May 4, 2021.

The Indian government-run Press Information Bureau (PIB) issued a clarification on May 6, 2021 after the false claim about 5G technology circulated online.

“A claim is being made in an audio message that people are dying because of the 5G network testing it is being called as Covid-19. This claim is fake. Please do not share this fake message and do not spread misconceptions,” says the PIB tweet in Hindi.

AFP has previously debunked similar misleading claims after they circulated in other countries, for example here and here.