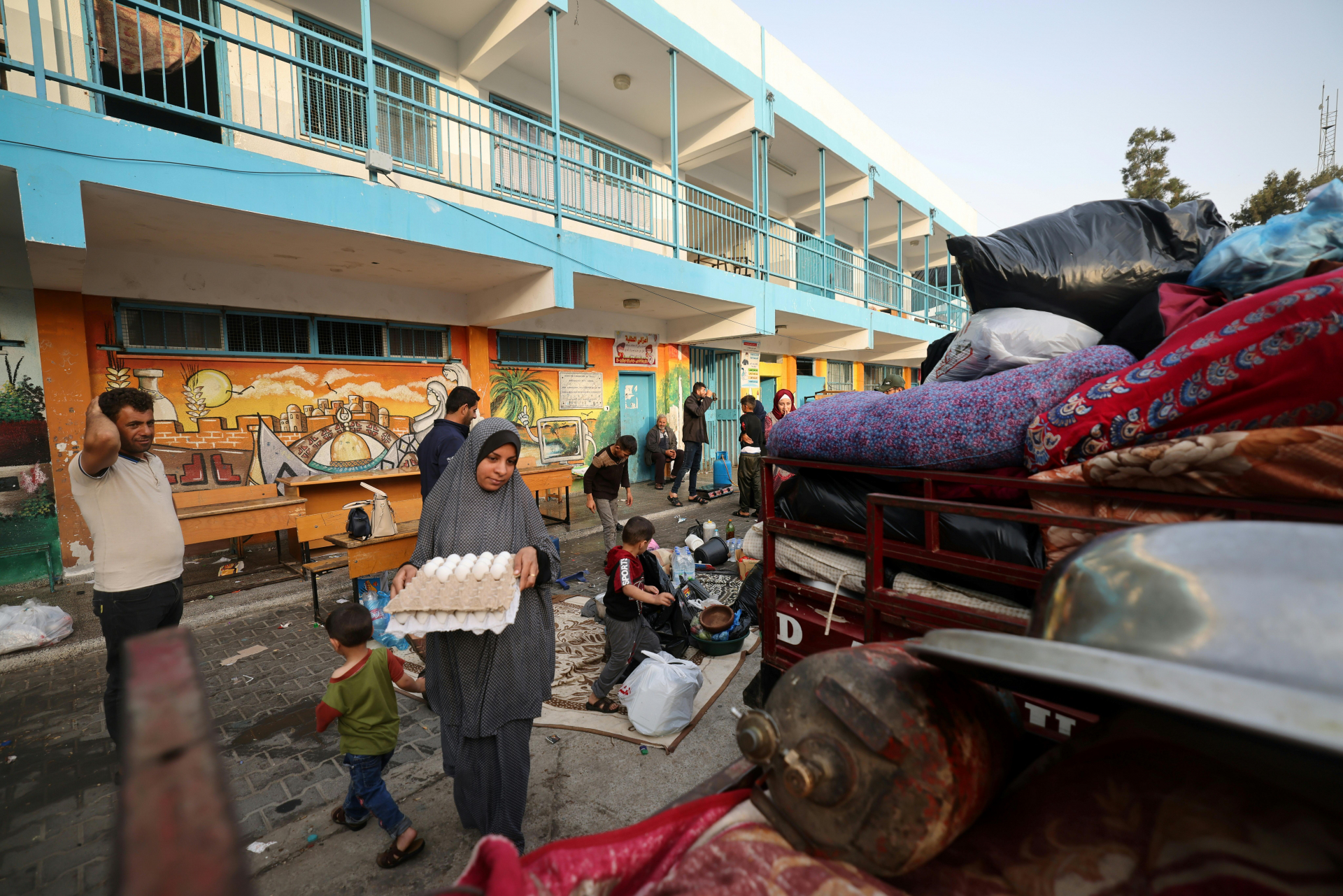 Palestinians who took shelter in a school run by the United Nations Relief and Works Agency gather their belongings on May 21, 2021 before returning to neighborhoods hit by Israeli strikes in Gaza City (AFP / Mohammed Abed)

US funded agency for Palestinian refugees, not Hamas

Social media posts claim Hamas, the Gaza Strip’s Islamist rulers, bought “weapons of mass destruction” with $150 million provided by US President Joe Biden. But while Washington announced that amount of funding for the United Nations agency for Palestinian refugees, both the aid organization and the US State Department say the money is subject to strict monitoring to prevent abuses, and it is for five locations, not just Gaza.

“Hamas used the money to buy weapons of mass destruction and just launched 1000+ rockets from the Gaza Strip onto Israel,” the text says. 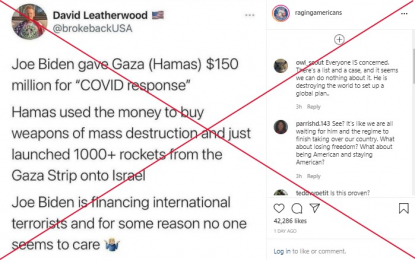 The same screenshot was shared on Instagram here and here. The original tweet, which has been retweeted 1,300 times, is here.

It is dated May 12, 2021, two days after fighting erupted between Israel and Palestinian armed groups, the most powerful of which is Hamas. Israeli air and artillery strikes killed 254 people in Gaza while rockets and other fire from the coastal strip left 12 dead in the Jewish state before a truce took effect on May 21.

Although the posts do not specify what funds they are talking about, they appear to refer to $150 million the State Department announced on April 7, 2021 as part of a resumption of assistance “for the Palestinian people.”

“The $150 million in humanitarian assistance funding was provided directly to UNRWA,” a US State Department spokesperson told AFP, referring to the United Nations Relief and Works Agency for Palestine Refugees in the Near East.

UNRWA spokesperson Tamara Alrifai confirmed that “100 percent of the $150 million went directly to UNRWA to fund its operations in Gaza, West Bank, Lebanon, Syria, and Jordan.”

The posts’ suggestion that all of the money will be used in Gaza is therefore false, as is the claim that the money is only for the pandemic response.

The aid agency said in a statement that the $150 million “will support the overall UNRWA program budget,” most of which funds schools and primary health clinics. It will also help provide many services such as mental health support, water and sanitation, along with Covid-19 response.

Prior to the April restoration of aid, the State Department announced $15 million to support Covid-19 response efforts in Gaza and the West Bank, and to address food insecurity made worse by the pandemic.

Alrifai said that UNRWA is an independent organization mandated by UN member states, and its funds directly benefit Palestinian refugees.

“UNRWA does not funnel its resources through governments or non-state actors,” and “inspects all its facilities several times a year to ensure their neutrality and to ensure no armed actor is interfering in any way,” she said.

Alrifai added that UNRWA is the only UN organization sharing its staff lists with the authorities of its host countries, including Israel.

The agency’s employees are forbidden from engaging in political activity or belonging to any political party. Staff and contractors are vetted against UN sanctions and watch lists.

“In 2017 UNRWA discovered that two of its staff in Gaza were members of Hamas. One was fired immediately, and the other resigned,” Alrifai said. 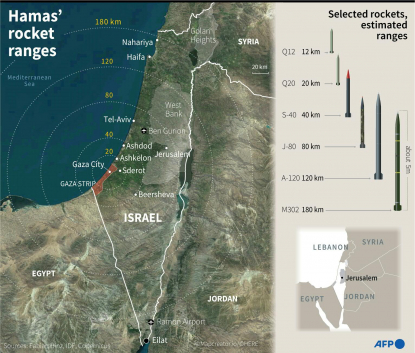 UNRWA publishes financial data through the International Aid Transparency Initiative, while contract and procurement information can be found here. UNRWA, which helps about 5.6 million registered Palestinian refugees, also has its own oversight agency, based in Jordan.

The State Department spokesperson said: “UNRWA has stringent policies and procedures in place regarding neutrality and to prevent UNRWA funds and programs from benefiting terrorists.”

Under Section 301(c) of the Foreign Assistance Act of 1961, financial contributions to UNRWA are conditioned on the agency’s taking “all possible measures” to ensure US funding does not furnish assistance to any refugee who is receiving military training as a member of a “guerrilla type organization” or who has engaged in any act of terrorism, the spokesperson added.

Jacob Kurtzer, director and senior fellow with the Humanitarian Agenda initiative at the Center for Strategic and International Studies in Washington, DC, said: “The association of Gaza with Hamas, let alone the civilian population of Gaza, is just a distortion of the reality on the ground.”

Hamas is designated by the US as a foreign terrorist organization, “so no, the United States did not give ‘Gaza’ nor Hamas $150 million,” said Kurtzer, who previously worked for the International Committee of the Red Cross delegation in Israel and the Palestinian territories.

He said he is “very satisfied” with the safeguards, and that probably no UN agency faces greater scrutiny.

Some of the social media posts appeared after the ceasefire and inaccurately said that “1,000+” rockets were fired. The number exceeded 4,000, according to the Israeli military.

Contrary to the implication in the posts, such rockets are not “weapons of mass destruction,” according to a definition affirmed by the UN General Assembly.

Kurtzer called the weapons claim “ridiculous” and said the way the posts are written “has no bearing in reality.”

AFP Fact Check has debunked other inaccurate claims about the Israeli-Palestinian conflict here.

All articles
ISRAELI-PALESTINIAN CONFLICT US POLITICS