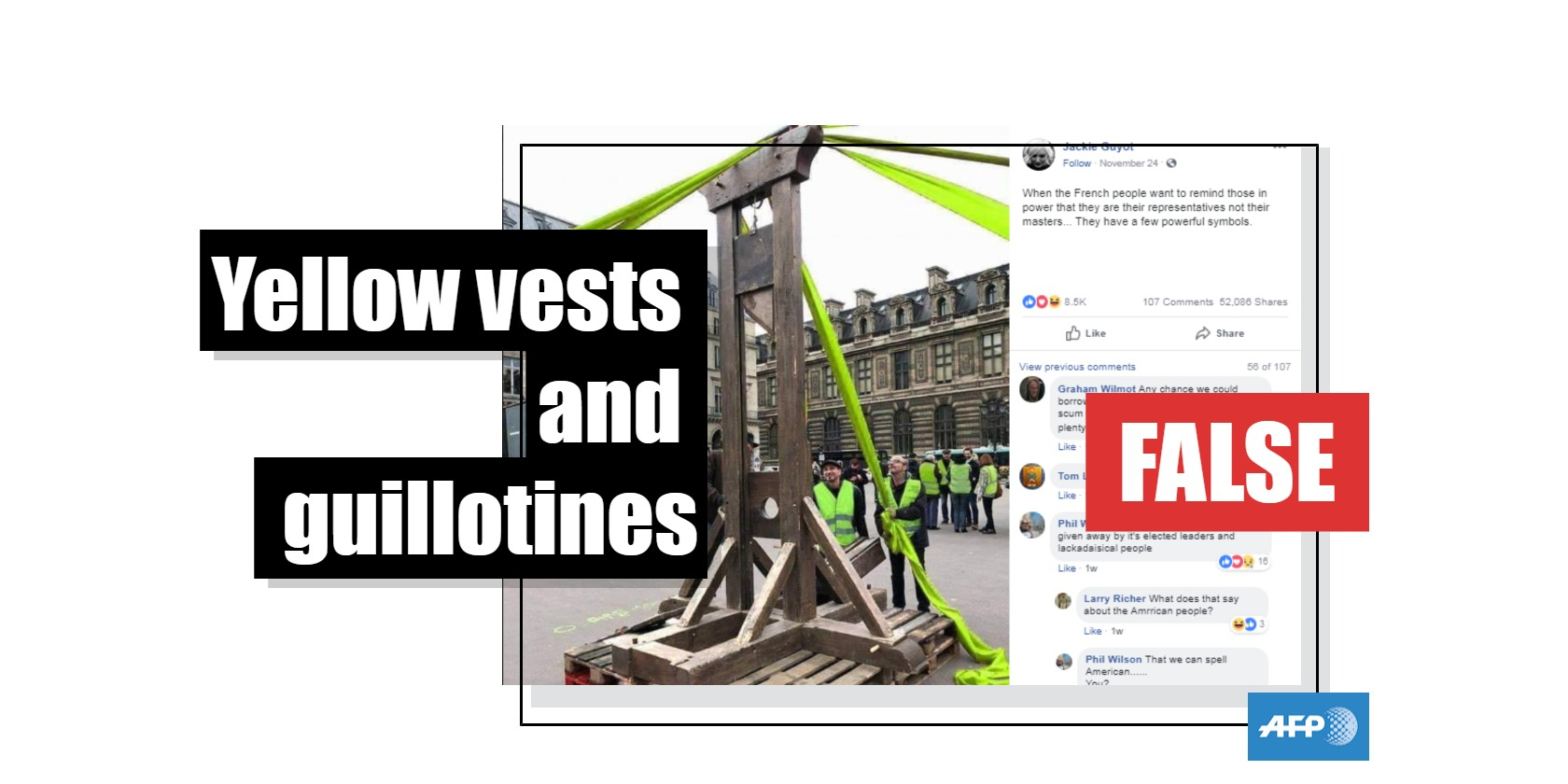 A photo of French artists union members protesting in Paris with a guillotine in January was manipulated and presented as a recent photo of a demonstration by the “yellow vests” movement.

More than 52,000 people shared a November 24 Facebook post from the account “Jackie Guyot," which claims that “when the French people want to remind those in power that they are their representatives not their masters...They have a few powerful symbols.” 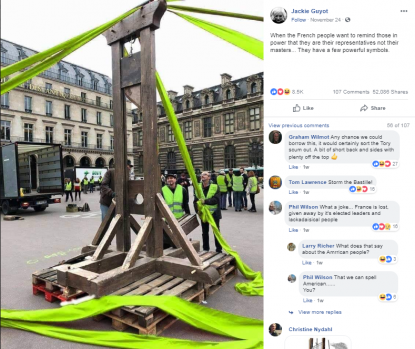 The image depicts a guillotine wrapped in large ribbons whose fluorescent yellow evokes the colour that has come to symbolize the yellow vest movement, a nonpartisan movement protesting against the French government. Standing around the guillotine are a dozen individuals, all wearing the movement’s iconic high-visibility vests. The photo was taken on the Palais Royal square, in Paris.

The photo was also published on an Italian Facebook page and by social media users around the world.

However, this image, whose photographer we were unable to track down, has nothing to do with the yellow vests movement.

Our Italian colleagues, blogger David Puente and fact-checkers from Pagella Politica, mistakenly thought that the photo was from Romania, because a satirical Romanian TV show had used it in July. It was then presented as a protest by the Romanian diaspora in France. 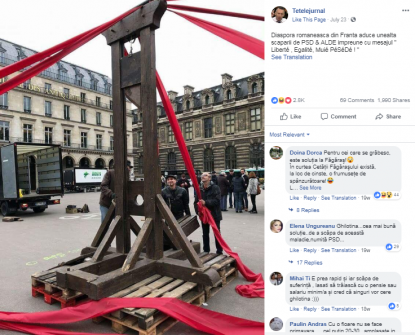 The image actually dates back to January 2018. There is no eye-catching yellow in the original: the ribbons are actually red.

In order to trace its origin, we searched “guillotine palais royal” on Twitter. We the found this Tweet, which led us to the Fédération CGT du Spectacle, a French union that represents entertainment artists.

CGT Spectacle secretary general Denis Gravouil told us he is pictured in the photo: he is the hat-sporting man partially hidden by the guillotine, though more visible in the original photo.

Gravouil confirmed to AFP that he “took out this guillotine twice,” once in December 2012, and again “around January 2018 to protest budget cuts in cultural policy that were being considered by the government.” The photo in the false Facebook post comes from the second protest.

“It’s not at all the yellow vests, it’s rather the red vests,” he told AFP, amused to see his federation’s action taken out of context.