World Economic Forum did not send tweet on children’s blood

Social media users claim the World Economic Forum (WEF) tweeted to promote the harvesting of children’s blood. But this tweet has been fabricated; no trace of such a post can be found on the WEF’s official Twitter account or in web archives, and the Geneva-based organization said it is not behind the "disturbing" tweet.

A June 15, 2021 Instagram post shares a screenshot that is presented as a tweet from the WEF, a foundation best known for organizing an annual summit in Davos which attracts leading international economic and political figures to discuss policy ideas in Switzerland.

The tweet says: “As new research suggests that the blood of prepubescent young people may possess significant anti-ageing properties, we ask: Why is there such a stigma surrounding harvesting children’s blood? @BloodAid wef.ch/Cfg8g33.” 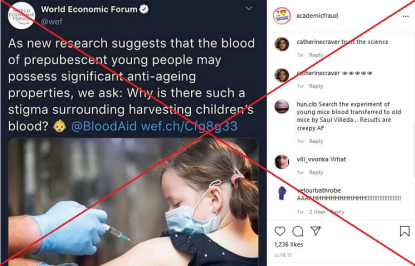 But this tweet is not real, according to the organization.

“This is fake. The World Economic Forum never published this or anything like this,” Yann Zopf, a spokesman for the organization, told AFP.

“This is disturbing and worrying. We are aware that there are fake messages in our name on social media which is regrettable,” he said.

The WEF has been at the heart of a conspiracy theory about its “Great Reset” initiative, which AFP examined here.

This claim about blood harvesting is part of a wider conspiracy theory, associated with QAnon, which claims that world elites are secretly engaging in pedophilic behaviour and harvesting a substance called adrenochrome in children’s blood.

QAnon adherents believe that a secret “Deep State” cabal is composed of various liberal personalities including the Clintons, the Obamas, or Hungarian-born billionaire George Soros, whom former US president Donald Trump aims to take down.

AFP has debunked other false QAnon claims in the past, including a surge of child trafficking misinformation. 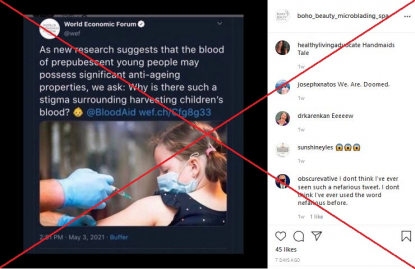 But it doesn’t appear on the official WEF Twitter account, or in the Web Archive, where screenshots of websites can be captured over time.

The shortened URL shared in the screenshot leads to an error page. It doesn’t appear as a valid link at any time on the Web Archive either. 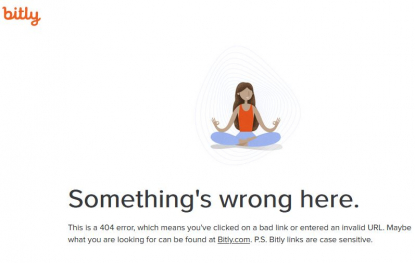 This is not the first time that fake tweets have been used to impersonate a public figure or group: AFP Fact Check examined some of these claims here.