A video has been viewed tens of thousands of times in multiple Twitter, Facebook, Telegram, Instagram and online forum posts which claim that it shows Typhoon Hagibis hitting Japan in October 2019. The claim is false; the video was filmed in Hong Kong’s Tsim Sha Tsui district; it has circulated online since at least September 2018, when Typhoon Mangkhut hit Hong Kong.

The video was published here on Twitter on October 12, 2019. 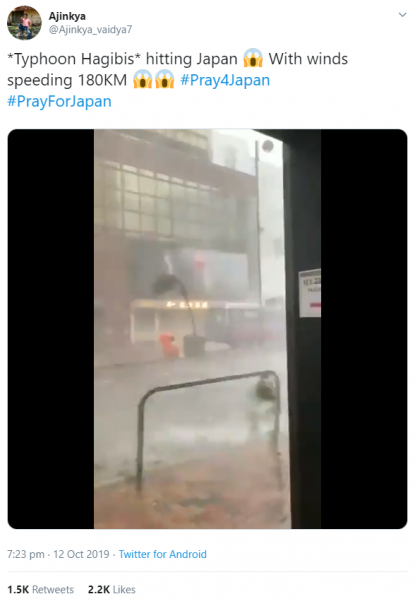 The video was published the same day that Typhoon Hagibis hit Japan, killing at least 70 people, as reported here by AFP.

The claim is false; the video shows a typhoon hitting Hong Kong.

A reverse image search on Google for a screenshot of the video found this September 17, 2018 article published by Hong Kong-based social media site 9GAG.

The same four-second video is embedded in the article.

Below is a comparison of the video in the misleading posts (L) and the video published by 9GAG (R): 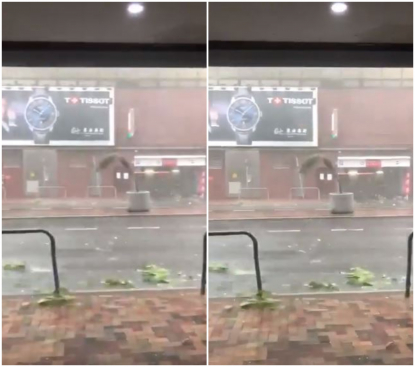 AFP found the location where the video was filmed on Google Street View here.

Below is a screenshot comparison of the video in the misleading posts (L) and the same location on Google Street View with key identifying features circled in red (R):

Typhoon Mangkhut hit mainland China on September 16, 2018, after leaving a trail of destruction in Hong Kong and Macau, as reported here by AFP.