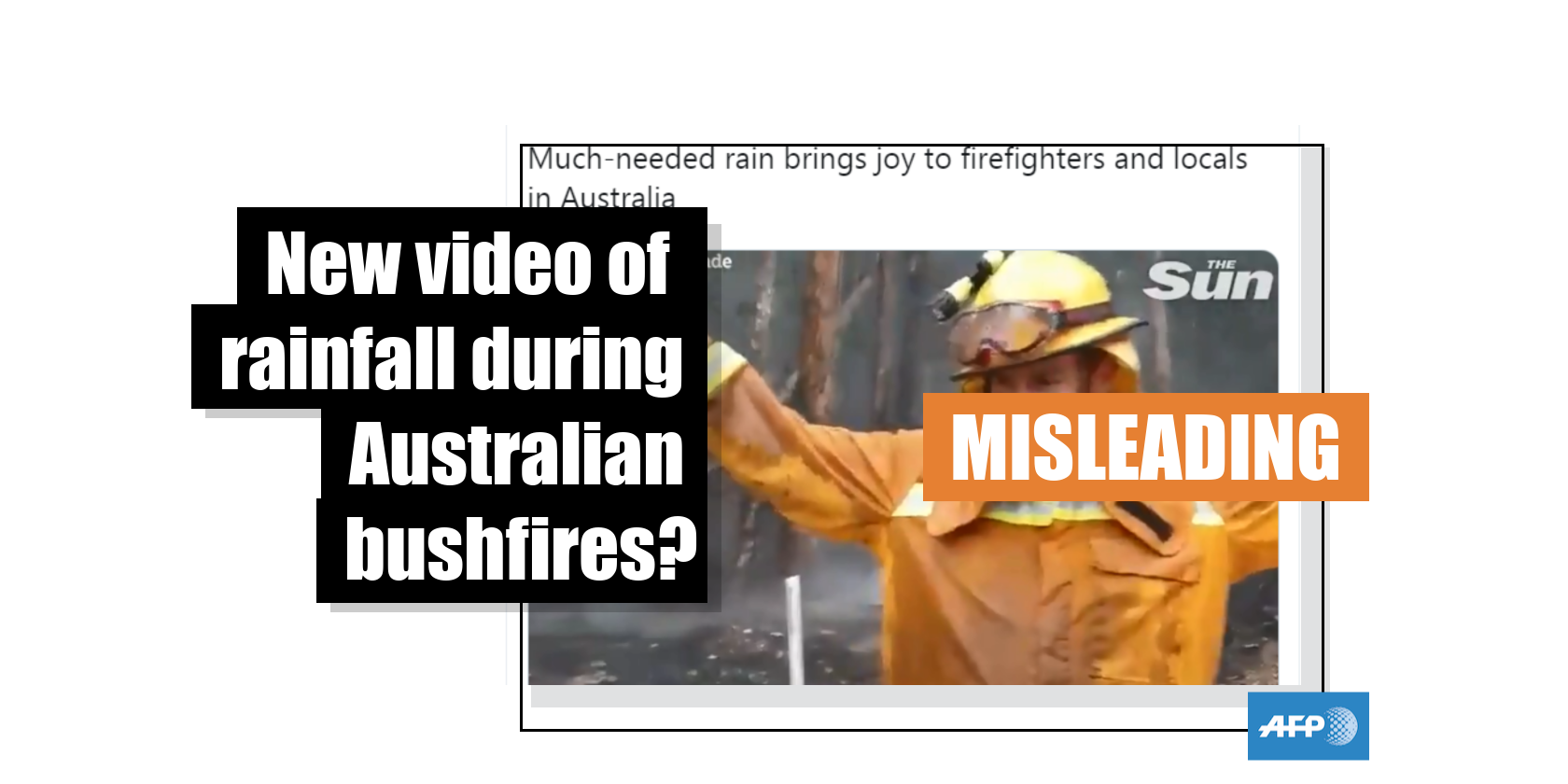 A video has been viewed millions of times in Twitter, Facebook, YouTube and Instagram posts in January 2020 that claim it shows firefighters celebrating rainfall during the Australian bushfires. The claim is misleading; the video has circulated online since at least November 2019; a spokesperson for the Australian fire service seen in the video told AFP it was filmed on November 25, 2019, tallying with weather data from the same day.

It has since been viewed more than three million times.

The first 34 seconds of the clip shows a group of Australian firefighters laughing and celebrating in a wooded area as rain falls. 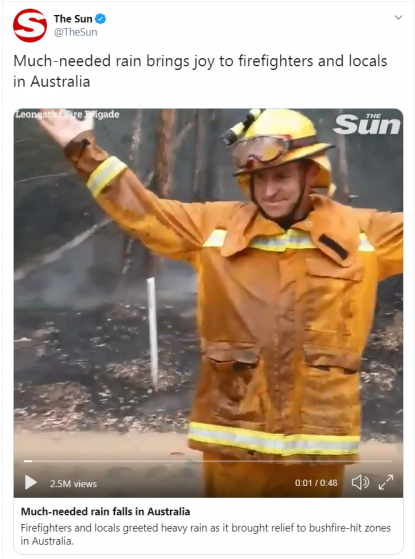 At least 25 people have died and more than 1,800 homes have been destroyed across Australia after huge bushfires broke out in September 2019, as reported by AFP here on January 7, 2020.

Many users reshared the Sun's video with captions claiming it showed rainfall in Australia in January 2020, for example here on Twitter with a caption saying in part: "It’s raining in Australia. After five months without."

The same video was also viewed tens of thousands of times after being shared here, here, here and here on Facebook with a similar misleading claim.

The video has been shared in a misleading context; it shows firefighters celebrating rainfall in a town in New South Wales, Australia in November 2019.

A keyword search found the same video published in this post by Australian news channel 7News Sydney on November 26, 2019. 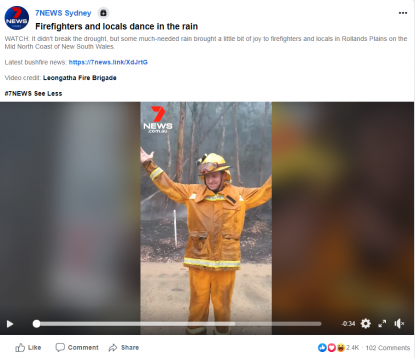 A screenshot of the same video shared by 7News

Rolland Plains is a village in New South Wales.

The same video was published here on the Facebook account for the Leongatha Fire Brigade on November 25, 2019.

The caption states: “This is our crew in Rollands Plains in NSW at the moment with some very happy locals who have been on edge for over a month. This local has also been helping cook meals for all the Fire Fighters [sic] and locals that have been forced from thier [sic] homes for the past 2 week.”

The video has been embedded below.

Below are two screenshot comparisons of the video in the misleading posts (L) and the video published by the Leongatha Fire Brigade (R): 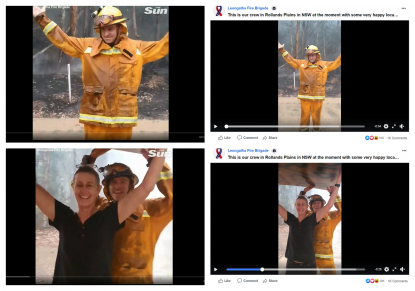 The same video was also published here on Facebook on November 26, 2019 by US news channel ABC 13 - WST and credited to Leongatha Fire Brigade.

A spokesperson for Leongatha Fire Brigade told AFP via Facebook Messenger on January 7, 2020 that the video was filmed on November 25, 2019.

This search on the online weather tracking tool Wolfram Alpha found there was rainfall in Port Macquarie, Australia on November 25, 2019.

Below is a screenshot of the search results: 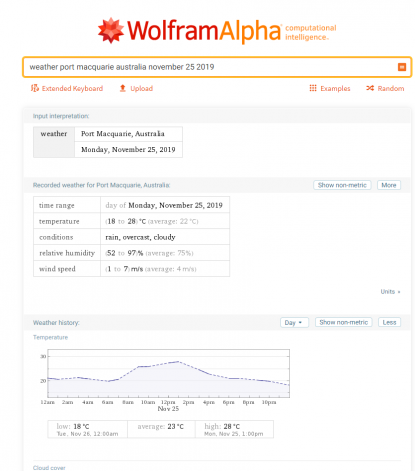 A screenshot of the weather conditions shown on Wolfram Alpha

Port Macquarie is a town 40 kilometres east of Rolland Plains, according to this calculation on Google Maps.

The final section of the video shared in the misleading post by The Sun shows a second clip of rainfall. The clip was credited to Al Hacioglu via Storyful, a Dublin-based social media intelligence agency.

A longer version of the same clip was published here in a tweet by Twitter user Alp Hacioglu on January 6, 2020.

The clip uploaded by Alp Hacioglu was not used in the majority of the misleading posts.