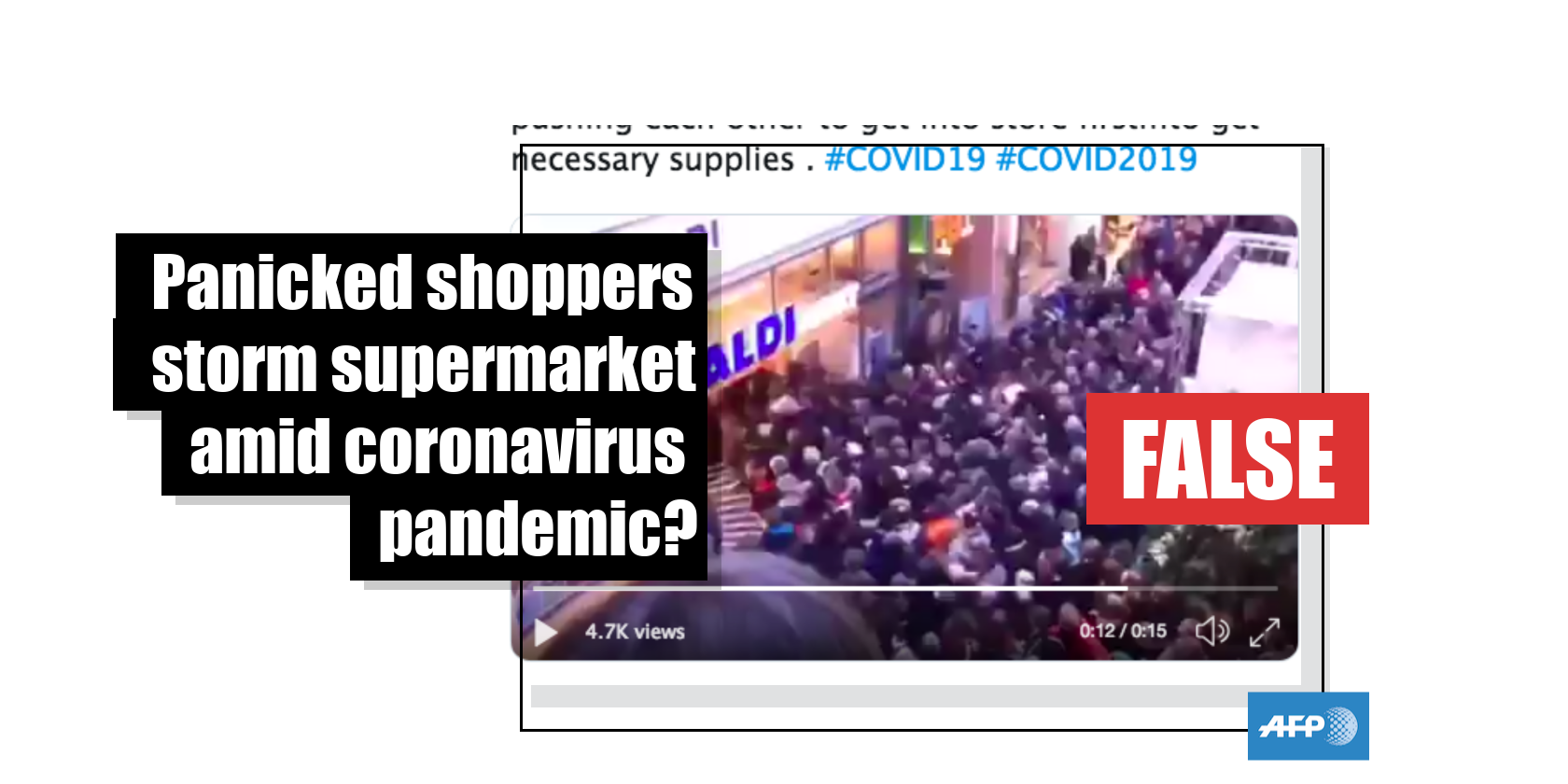 This video was filmed in 2011, nearly a decade before the novel coronavirus outbreak

Footage of a large crowd rushing into an ALDI supermarket has been viewed hundreds of thousands of times on Facebook, Twitter and YouTube alongside claims that the video shows panic buyers storming the supermarket during the novel coronavirus pandemic. The claim is false; the video was in fact filmed in Germany in 2011, nearly a decade before the coronavirus pandemic broke out.

The video has been viewed nearly 5,000 times since it was posted to Twitter here on March 1.

The tweet reads: “#CoronaVirusUpdate Scenes from Germany! #coronavirus fears in Germany result in large crowds outside a supermarket. People pushing each other to get into store firstmto get necessary supplies . #COVID19 #COVID2019”. 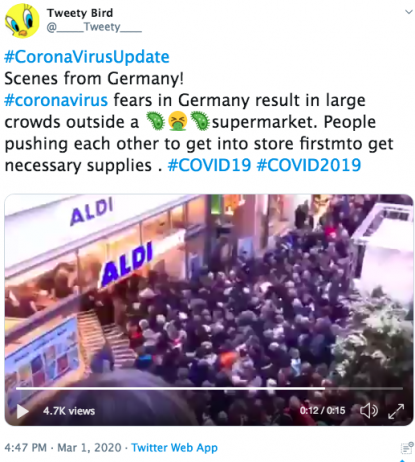 The video was also shared alongside similar claims on Twitter here, here and here; and on YouTube here and here. Several posts claim the footage was filmed in various European countries, such as the UK, Spain and Belgium.

Panic buying has been reported worldwide during the novel coronavirus pandemic, which has killed more than 8,600 people and infected over 200,000 others globally, according to the World Health Organization.

The claims, however, about the rush on the ALDI supermarket are false.

The video, titled “ALDI special sale in Kiel - from 2011 !!”, shows a store named F.B.I adjacent to the supermarket.

ALDI and F.B.I, a German hairdresser chain, both have branches at the Citti-Park shopping mall in Kiel, a northern German city.

The map on Citti-Park’s website shows ALDI and F.B.I. located next to each other, see here and here.

Photos on Google Maps also provide further evidence that the video was shot outside the ALDI in Citti-Park. While recent images, such as this photo dated Ocotber 2019, show that the F.B.I logo has changed, older photos, such as this one from September 2016, feature the same logo seen in the video.

Below is a screenshot comparison of the video in the misleading posts (L) and a recent photo geotagged to the ALDI in Citti-Park on Google Maps (R) with corresponding elements circled in red by AFP: