A video has been viewed thousands of times in multiple posts on Facebook which claim it shows novel coronavirus victims in India. The claim is false; the video shows victims of a major gas leak in an industrial port city in south India in May 2020.

The one-minute six-second video was published on Facebook here on May 9, 2020. It has been viewed more than 1,200 times.

The post’s Sinhala language caption translates to English as: “The way Indian people suffered due to taking corona for a joke and disregarding safety measures before the epidemic was eradicated. 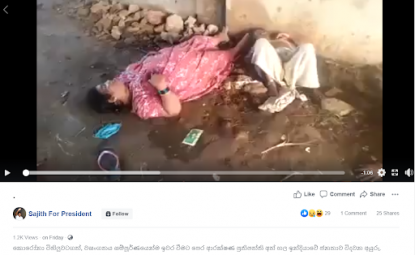 India imposed a nationwide COVID-19 lockdown in March that was later extended multiple times. In late April, the government announced a gradually easing of restrictions in certain sectors, AFP reported.

The claim is false. A reverse Google image search with video keyframes extracted with InVID-WeVerify, a digital verification tool, found that the footage has circulated in reports about a massive gas leak at a chemical plant in the Indian city of Visakhapatnam on May 7, 2020. The leak killed at least 12 people and hospitalised hundreds more, AFP reported.

The same video was published on YouTube here in a post titled “Toxic gas leakage from LG polymers | Creates High Tension @Vizag | Vizag Gas Leak Video” -- Vizag is a reference to Visakhapatnam. The exact footage can be seen from the one-minute 20-second mark to the two-minute 26-second mark. 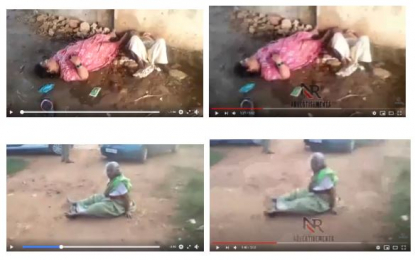 A closer analysis of the video shows the vehicle registration number seen in a car at the 22-second mark features the characters 'AP31'. This is one of the opening sequences of characters for vehicle license plates in Visakhapatnam, as stated here on the Government of Andhra Pradesh website.

Below is a screenshot of the video at this point: