Three videos have been viewed tens of thousands of times in multiple posts on Facebook alongside a claim they show people who died after contracting the novel coronavirus in India. The claim is false; the videos show the victims of a major gas leak at a chemical plant in India in May 2020.

The post’s Burmese-language caption translates to English as: “Don’t be careless, Myanmar people! Earlier, India was careless [with Coronavirus] and saying that India has no coronavirus. Now, it is terrible they are dead.” 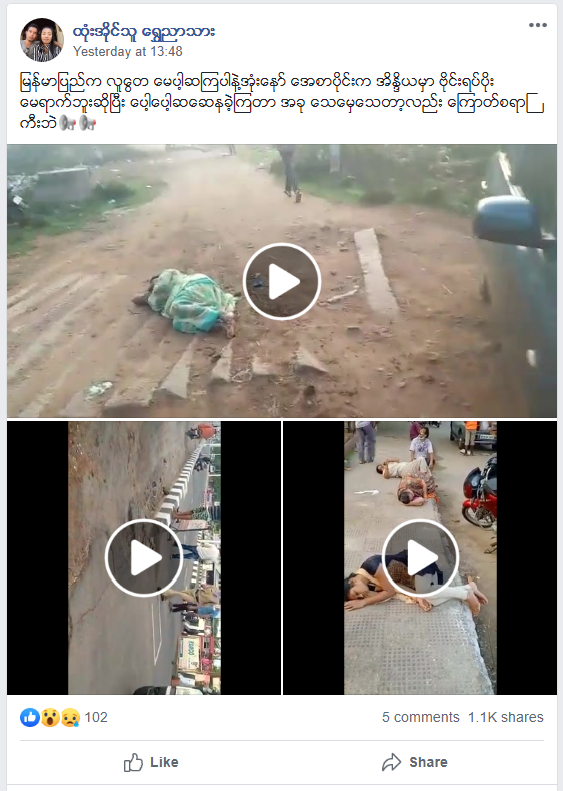 The videos were also posted on Facebook here on May 10 with a caption questioning “is it covid or gas?” The post has been shared at least 851 times.

The claim is false. The videos have circulated in reports about a deadly gas leak on May 7 at a chemical plant in Visakhapatnam, a city in the Indian state of Andhra Pradesh. The leak killed at least 12 people and left hundreds more hospitalised, AFP reported.

The exact footage can be seen from the one minute 20-second mark to the two-minute 26-second mark.

At the 20-second mark of the first video, a car can also be seen with a license plate beginning AP31.

AP31 is among the official first characters for license plates for Visakhapatnam, as stated here on the Government of Andhra Pradesh website.

A reverse image search with a screenshot from the second video found that similar footage showing the same ambulance was published in a BBC report here on May 8.

Below is a screenshot comparison of the second video in the misleading post (L) and the BBC video (R):

At the video’s four-second mark, a license plate beginning AP31 is also visible. Below is a screenshot of the video with the license plate circled in red: 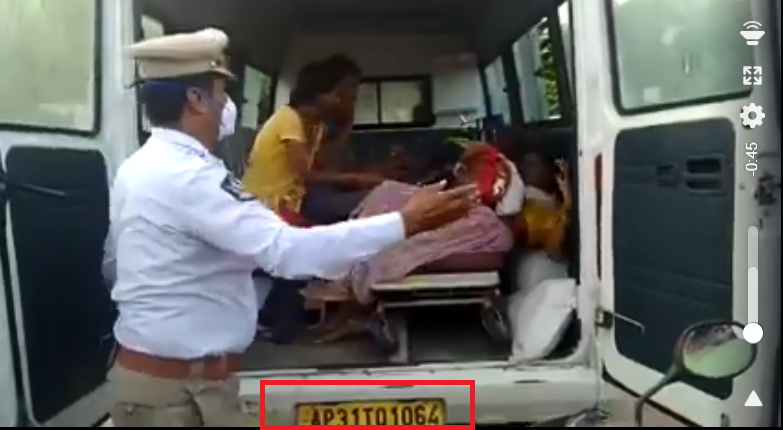 A reverse image search with a video screenshot from the third video found that the same footage was published on YouTube here by local Indian news channel Prag News on May 7, 2020.

The video’s caption reads: “11 dead, 1000 reportedly sick after a gas leak in a chemical plant in Vizag. The incident has been compared to Bhopal Gas Tragedy.”

Below is a screenshot comparison between the third video in the misleading post (L) and Prag News video (R):

The second and third videos were filmed on the same street in the northern part of Visakhapatnam, as seen here on Google Maps.

Below is a comparison showing the same structure on the street with screenshots from the second video (bottom right) and third video (top right), as well as an image tagged on Google Maps at the location by a user (left): 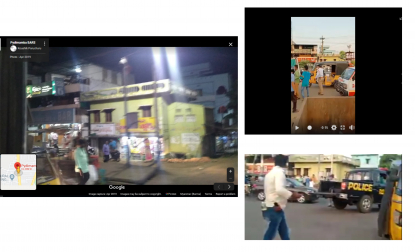