A video has been viewed tens of thousands of times in posts on Facebook, Twitter and YouTube which claims that children spat in the face of the Saudi communications minister as he visited a mosque complex in Jerusalem. The video is being shared in a misleading context; the man shown in the video is a Saudi blogger visiting Jerusalem as a guest of Israel.

The one-minute 24-second video shows a man in traditional Arab clothing walking in the Al-Aqsa mosque complex in Jerusalem as men and some young children spit at him and shout curses.

The post's Urdu-language caption translates to English as: “The consequences of licking Trump's shoes, children spat in the face of the Saudi Minister of Communication at Al-Aqsa mosque complex. The price of treachery with Kashmir and Palestine is humiliation and humiliation.” 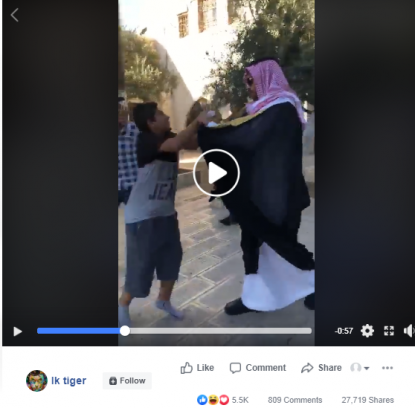 Saud was one of six invitees from Arab countries invited to visit Israel by the country’s foreign ministry.

Here is an AFP story about incident shown in the video. The boys and men seen shouting at the blogger were Palestinians. “Go and pray with the Jews," one man shouted. "What are you doing here?"

The spokesman for the Israeli foreign ministry did not identify the visitors, describing them only as “social activists, bloggers and media people.”

According to the Saudi Ministry of Communications and Information Technology’s official website, the current minister is Abdullah Amer Al-Swaha. Below is a screenshot of his profile on the website: 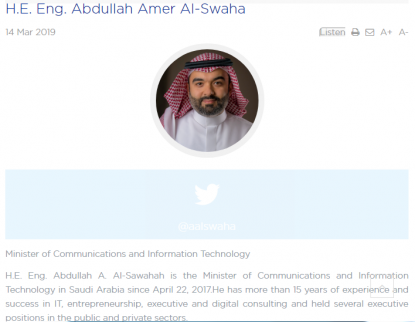