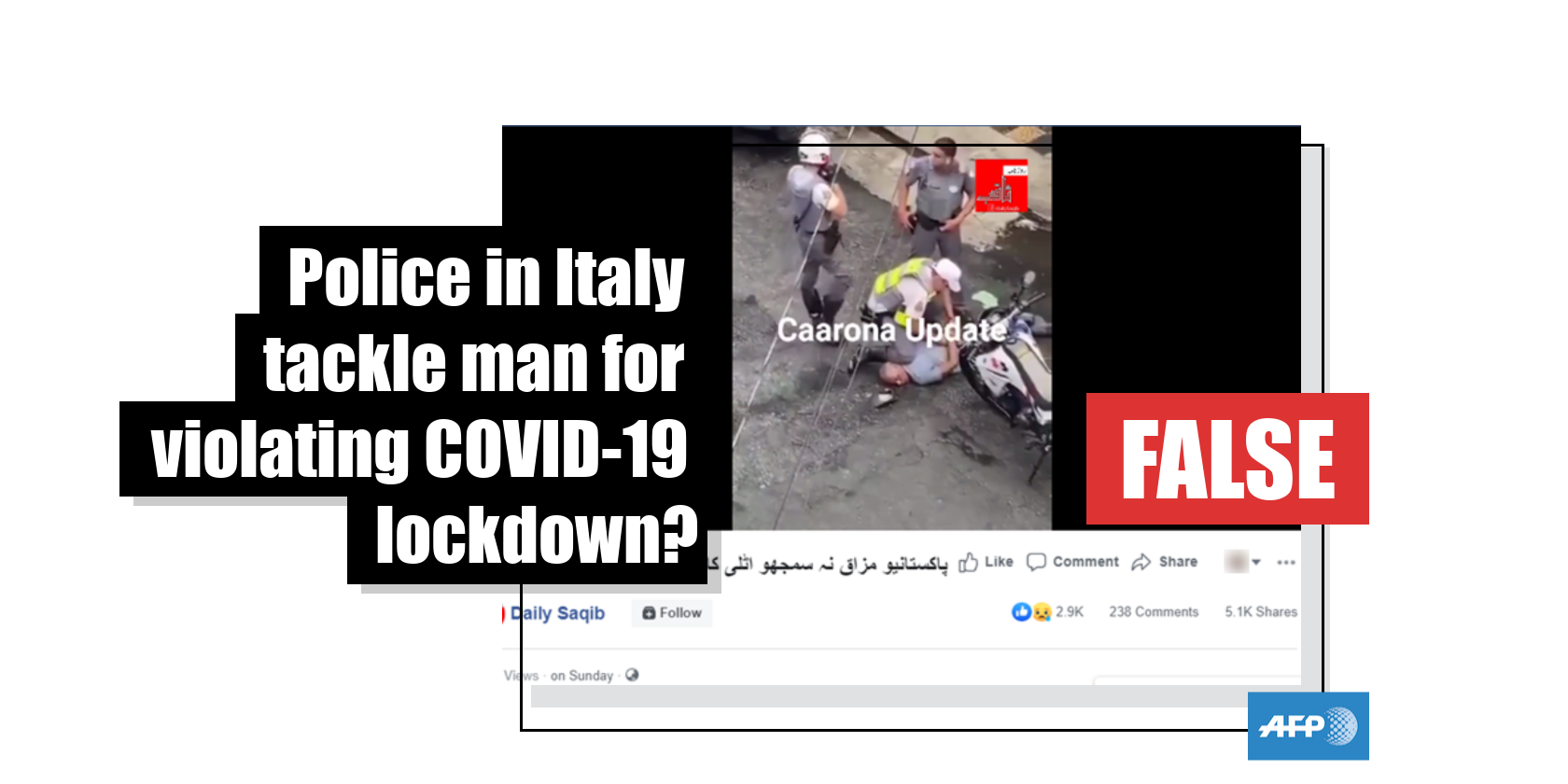 This video shows police arresting a knife-wielding man in Brazil

The video was published on Facebook here on March 22, 2020. The video, which includes superimposed text that reads “Caarona Update”, has since been viewed more than 957,000 times.

The post’s Urdu-language caption translates to English as: "Pakistanis do not take it as a joke. See what is happening in Italy and learn a lesson. When the virus started spreading in Italy, the government said to keep distance, but neither the government nor the people took it seriously and now when the virus has spread, this distance is being maintained like this forcibly." 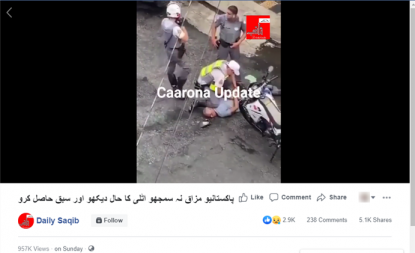 Italy has been put on a nationwide lockdown as a result of the novel coronavirus pandemic, AFP reported here.

The claim is false. A reverse Google image search using video keyframes extracted with InVID, a video verification tool, and subsequent keyword searches found the clip in fact shows police subduing a man in the Brazilian city of Sao Paulo.

The footage was published here by Globo, a major Brazilian media network, on March 20, 2020. The article states the man was arrested after threatening military police with a knife while intoxicated.

Below is a screenshot of the Globo report: 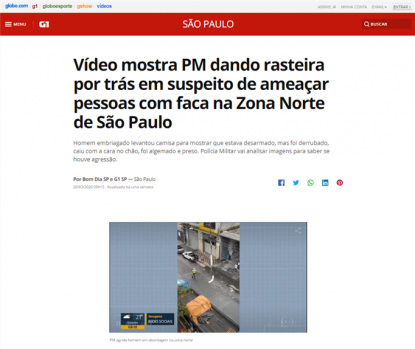 A screenshot of the Globo report

Globo reported that the incident happened on Itariri Street in Caninde, an area just north of Sao Paulo. The same footage was also published in this blog post, which reports the same location.

A Google Street View image of Itariri Street here matches with the street seen in the video shared in the misleading posts.

Below is a screenshot comparison of the street in the misleading Facebook post (L) and the Google Street View image (R) with corresponding features circled in red: 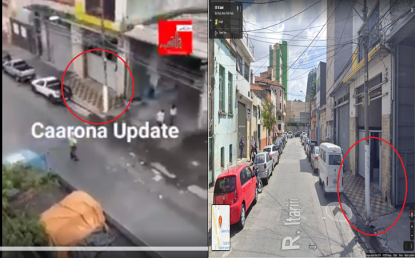