A video has been viewed repeatedly in multiple Facebook posts alongside a claim it shows Indian soldiers demolishing bunkers that were built by China along a lake on the disputed border in Ladakh. The claim is false: the video actually shows Indian paramilitary troops carrying relief and rescue operations in Uttarakhand state’s Chamoli district after a glacial burst destroyed two mountain dam projects in February 2021.

The post’s Hindi-language caption translates to English as: “The one who thinks can do the impossible. We are the one who make five by adding two and two. The Indian Army destroying China-built bunkers by JCB machines after chasing away 150 Chinese tanks and 5000 Chinese soldiers from Pangong Lake.”

The video circulated shortly after fresh clashes between Indian and Chinese troops at the contested Himalayan border along Pangong Lake. AFP reported on the clashes here on January 26, 2021. The lake runs across the contested territories of both India and China in the region of Ladakh.

On February 21, 2021, India announced that both forces had withdrawn from the disputed area, as reported by AFP here.

The video was also shared here, here, here and here on Facebook alongside an identical claim.

A reverse image search by keyframes of the video obtained using digital verification tool InVID-WeVerify found the same video was tweeted by the Indo-Tibetan Border Police (ITBP) here on February 15, 2021. 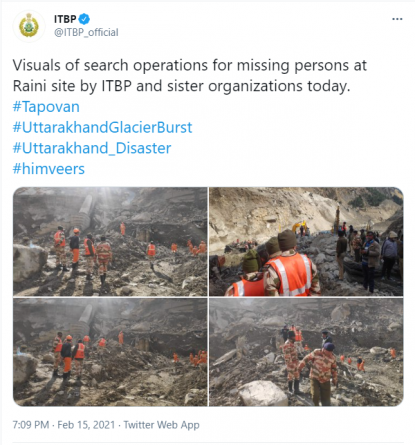 Screenshot of the photos tweeted by ITBP

A closer analysis of these photos shows the landscape, machines and soldiers' uniforms corresponds with photos of the glacier disaster taken by AFP.

Below is an image comparison screenshot of photos tweeted by ITBP (L) and AFP photos (R) with identical elements highlighted in red: 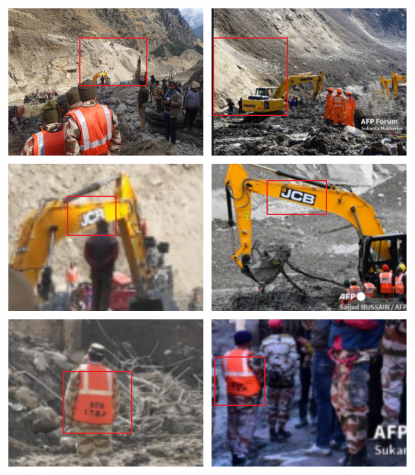