The post's simplified Chinese caption translates to English as: “Indonesia’s capital city Jakarta. The moment when a volcano erupted. (The sky) turned into darkness. The weather in our country is about to heat up. There will be more smoke around.” 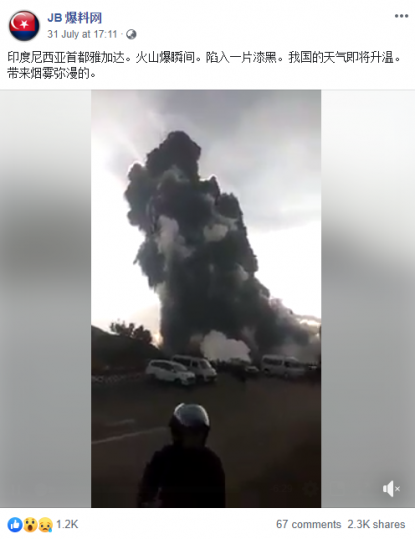 The same video was also shared on Facebook here, here and here, with an identical caption.

The claim is false; the volcano shown in the video is Tangkuban Perahu, which is located just north of Bandung, a city southeast of Jakarta.

The volcano's location is shown below on Google Maps:

A reverse image search on Google of a keyframe from the video in the misleading posts found the same video published here on YouTube on July 27, 2019. The Indonesian-language headline translates as: “The Tangkuban Perahu volcanic eruption filmed by a vendor”. Tangkuban Perahu erupted on July 26, 2019, as reported by Metro TV, The Jakarta Post and India Today.

Parts of the video in the misleading Facebook posts correspond with the Metro TV video.

Below is a screenshot comparison of the video in the misleading posts at the three minutes 13 seconds mark (L) and the Metro TV video at the eleven minutes 35 seconds mark (R). The corresponding features have been circled in red: 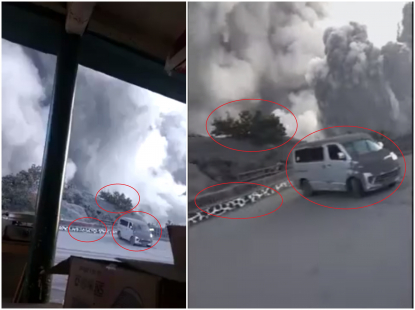 Comparison between screenshots from the misleading video at 3:13 (L) and the Metro TV video at 11:35 (R)

Below are two screenshot comparisons of the video in the misleading posts (L) with Google Maps user photos. 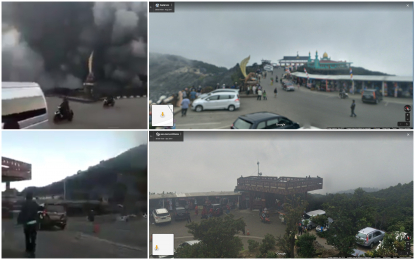