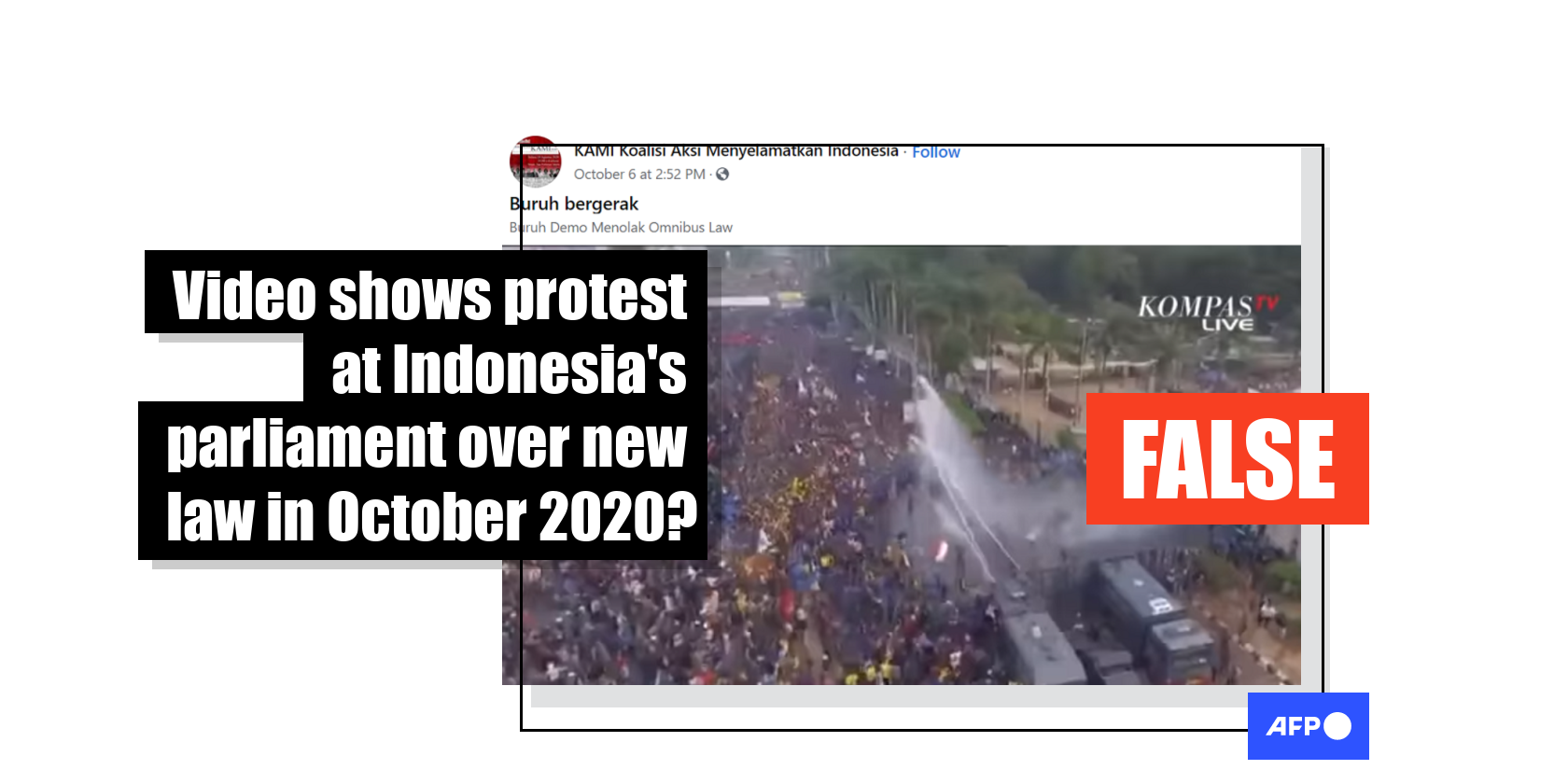 This video shows a demonstration at Indonesia’s parliament in 2019

A video has been viewed millions of times in multiple posts on Facebook and YouTube alongside a claim it shows a protest outside Indonesia’s House of Representatives over a controversial law in October 2020. The claim is false; the video shows a protest in front of Indonesia's parliament building in September 2019.

The footage was published here on Facebook on October 6, 2020. It has been viewed more than 2.4 million times and shared more than 17,000 times.

The post's Indonesian-language caption translates to English as: “Workers Demonstrate Against the Omnibus Law”

Thousands of protesters began to protest on October 6, 2020, in Jakarta, the Indonesian capital, in opposition to the controversial Omnibus Law, which critics say will harm labour rights and the environment, AFP reported.

A reverse image search followed by keyword searches on Google found the original video was posted by Indonesian news channel Kompas TV on its YouTube channel here on September 24, 2019.

Below is a screenshot comparison of the footage in the misleading post (L) and the Kompas TV video (R):

Police fired tear gas at students protesting against a number of controversial bills and laws in Jakarta on September 24, 2019, AFP reported here.

AFP also published a video on the protest in Jakarta on September 24, 2019, here.