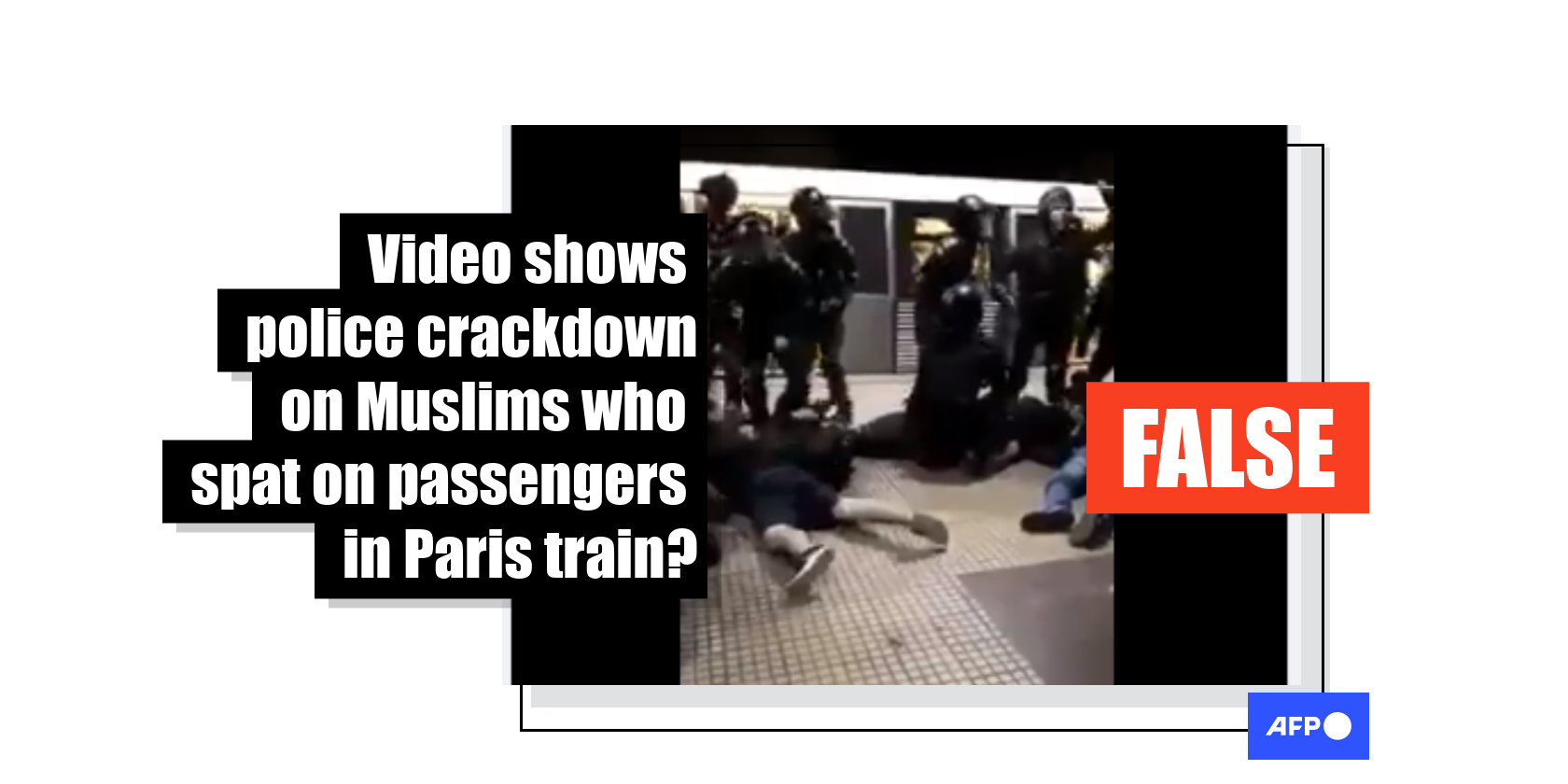 A video has been viewed tens of thousands of times in multiple Facebook and Twitter posts published in November 2020 alongside a claim it shows a police crackdown on a group of Muslims in Paris after they allegedly spat at passengers on a train. The claim is false; the video shows a clash between police and football fans in the Romanian capital of Bucharest in October 2020.

The one-minute 21-second video was shared on Facebook here on November 12, 2020. 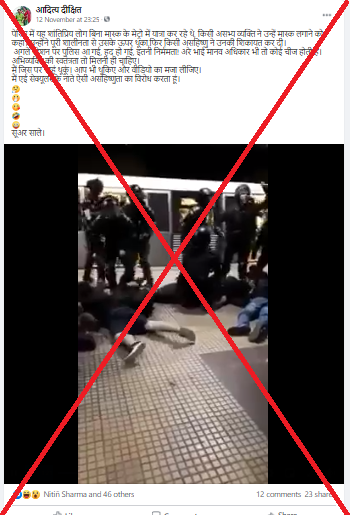 The post’s Hindi-language caption translates to English as: “These peaceful people were travelling in a metro train without masks. They spat on other passengers when a man asked them to wear masks. Someone complained to the police and the police intervened at the next station. Such a cruelty. Something called human rights, brother. They should have the freedom of expression to spit at anyone. I oppose such a secular policy.”

Some of the officers in the clip can be heard speaking Romanian. Their remarks, according to AFP’s Bucharest bureau, translate to English as: “Stop!”; “Get off!”; “Come on, come on!”; “Get down!”; “On the floor!”; and “Handcuff them!”

A reverse image by keyframes extracted from the video found a slightly shorter version of the clip published here on a Facebook page for a Romanian political party on October 3, 2020.

The post’s Romanian-language caption claims gendarmes, or paramilitary forces, dragged and beat citizens in a Bucharest subway station on October 2, 2020.

A further search found a Romanian news report published alongside screenshots of the video on October 2, 2020. 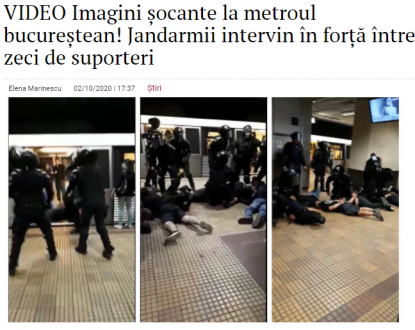 “Shocking images in the subway in Bucharest! Gendarmes intervene forcefully between dozens of supporters,” reads the headline.

According to the report, the police intervened after two groups of football fans clashed at a metro station near Dinamo stadium in Bucharest on October 2, 2020.

A Romanian sports journalist also tweeted the video on October 2, 2020.

BREAKING: Fights between Dinamo, Steaua ultras and geandarmes at the metro in Bucharest minutes ago! Dinamo 2 vs Steaua game today in the 3rd tier! pic.twitter.com/uCeE5ZSYeL

“BREAKING: Fights between Dinamo, Steaua ultras and geandarmes at the metro in Bucharest minutes ago! Dinamo 2 vs Steaua game today in the 3rd tier!,” reads the tweet.

The video was also published here on YouTube alongside a similar description.

The video was debunked by AFP Fact Check in Serbian and German after it previously circulated online alongside a similar misleading claim.