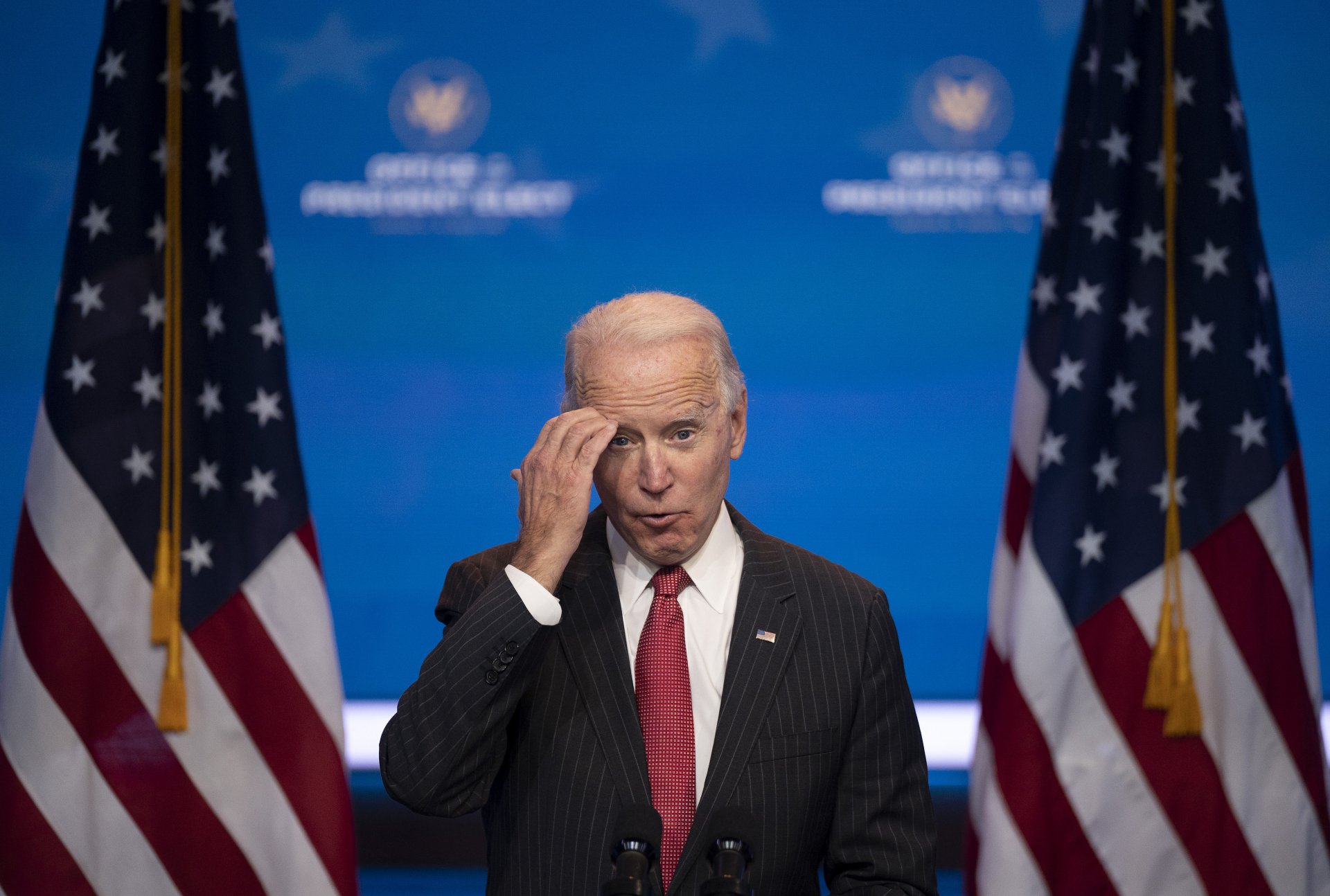 Part of a news report by US right-wing television network One America News (OAN) has been viewed hundreds of thousands of times in multiple posts on Facebook and Twitter alongside a claim that US President-elect Joe Biden is “wanted on Class A felony charges” in Ukraine in November 2020. The claim is false; the original video makes no reference to such charges; an investigation opened in Ukraine involving Biden on unrelated allegations in February 2020 was closed in November 2020 due to insufficient evidence, and it never identified him as a criminal suspect. 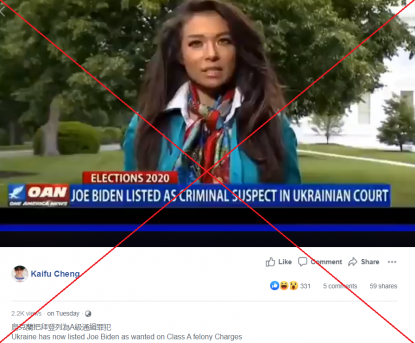 The video shows part of a news segment by OAN. The strapline reads: “ELECTIONS 2020 / JOE BIDEN LISTED AS CRIMINAL SUSPECT IN UKRAINIAN COURT”.

The post’s caption, written in both traditional Chinese and English, states: “Ukraine has now listed Joe Biden as wanted on Class A felony Charges”.

The video and screenshots of it have also been shared alongside a similar claim here and here on Facebook, here on Twitter, and on various websites, such as here.

A keyword search on Google found the original video published here on OAN’s YouTube channel on May 21, 2020. The title reads: “Joe Biden listed as criminal suspect in Ukrainian court”.

The video reports, in part: “Candidate and former Vice President Joe Biden finds himself in hot water this week. Just confirmed, a Ukrainian court ordered Joe Biden to be formally listed in a criminal case. The crime - the alleged firing of Ukraine's former prosecutor general Viktor Shokin, in exchange for dropping an investigation into Joe Biden’s son Hunter Biden and the company for which he was a board member, Burisma oil.

“At the time Shokin called for this case, back in February, the courts listed one of the defendants as ‘an unnamed American’, an individual widely understood to be Joe Biden, Obama’s Ukraine point man, but Biden was never formally named. Now, courts have ruled it is improper to conceal Biden's name and there is sufficient evidence to proceed with an investigation. The ruling cannot be appealed.”

There is no reference to “Class A felony charges” in the video.

The clip also makes a misleading claim about the Ukrainian case in which Biden was mentioned.

In February 2020, Ukraine's ex-prosecutor general Viktor Shokin filed a criminal complaint against Biden, accusing the then-US vice president of pressuring for his dismissal.

Ukraine police subsequently announced on November 11 that it had closed its criminal probe, prompted by Shokin's complaint, after finding no evidence of wrongdoing. Ukraine’s national news agency Ukrinform announced here on November 11, 2020 that the case had been closed.

Multiple keyword searches also found no credible reports of criminal charges against Biden in Ukraine as of November 20, 2020.

AFP has previously debunked false claims about Biden’s involvement in the firing of Shokin here in October 2020.