This video shows Chinese soldiers at a railway station in Guangzhou, China

In the 10-second clip, a group of soldiers in camouflage uniform can be seen walking through a railway station.

Similar versions of the video and claim have circulated widely online, for example here and here in Chinese, and have also appeared around the region, for example this Indonesian-language Facebook post. 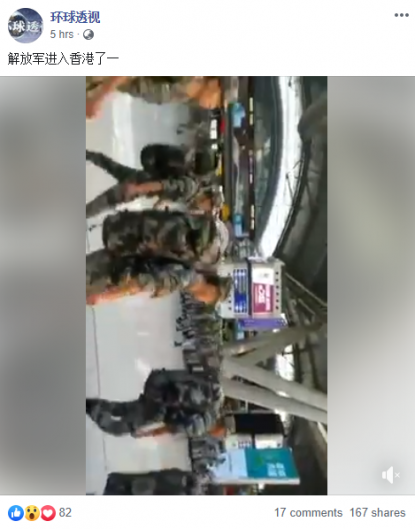 The misleading post appeared online two days after China said its army could be deployed in Hong Kong if city authorities requested support in maintaining "public order". Here is an AFP report on the issue.

But the video does not show PLA troops "entering" Hong Kong -- the footage was actually filmed at Guangzhou South railway station, in mainland China.

Below is a screenshot comparison of the video in the misleading posts (L) and the photos from HK01 (C) and Wen Wei Po (R) with areas that show a similar design circled in red:

This video uploaded to the YouTube channel of China’s Heilongjiang Television with the title: “Guangzhou South railway station: the high-speed rail station with the highest volume of traffic in the country” also shows the same distinctive roof design.

Below is a screenshot of a section of the video, showing the same distinctive roof design as can be seen in the video in the misleading clips: 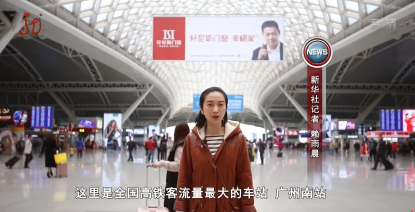 Screenshot of the video