This video shows an altercation at a bakery in Pakistan, not India

It shows a bearded man accosting staff in a bakery, angrily showing them baked goods in a box, then shouting in Urdu and sending other products flying across the counter. Urdu is the national language of Pakistan, as detailed on this government website.

Pista House is a popular bakery and Indian sweet shop in Hyderabad, a city in southern India. 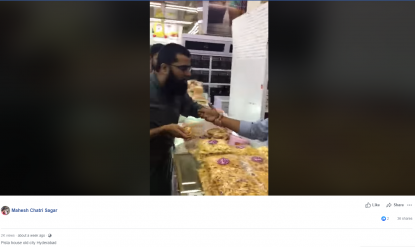 The same clip was also viewed hundreds of times elsewhere on Facebook with similar claims that the incident took place at Hyderabad’s Pista House bakery, for example here and here.

Other Facebook posts – for example here and here – combined the same video with a claim that it showed Moti Bakery in Ahmedabad, a city in western India.

Both claims are false; the video was actually filmed at Treats Bakery in the southern Pakistani city of Karachi.

Examining the video closely found the words 'Treats Bakery' written on the front of the counter and a ‘Treats’ logo on pink stickers on food packets.

Below are two screenshots from the video showing the bakery’s name written on counter and food packets: 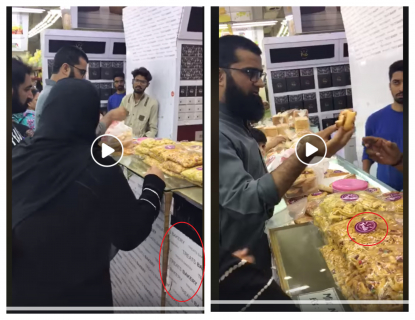 Snapshots of the video

Keyword searches on Google and Facebook for ‘Treats Bakery’ found this Facebook page for a bakery in Karachi.

The shop’s logo on its Facebook page matches the logo seen in the misleading video. 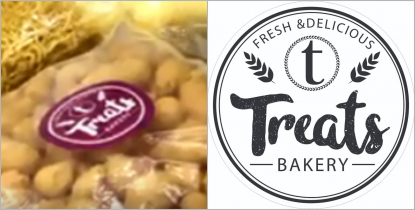 Further keyword searches for “Treats Bakery Karachi” found this video, published to YouTube on July 21, 2019, which features the same bearded customer standing with other men.

That video is embedded below:

In the video, a person in a black cap and grey shirt introduces himself in Urdu as local food safety officer of Sindh Food Authority, Mohammed Tehseen.

He says: “We received complaints through social media that a kid started vomiting after eating expired food. We reached the shop along with police officials within half an hour and took action. The complainant, as well as the bakery’s owners, are with us and they will explain to you further.”

The customer from the misleading Facebook posts, who appears alongside two other people, said to be the owners of the bakery, says: “I am the father of the kid. A sudden incident took place yesterday. It was a misunderstanding. Actually, the kid had eaten something which stuck in his throat and he started vomiting. We later realised that it was the (tomato) ketchup and not blood. I don’t have any problem as such, but I would like to appreciate the officials of the Sindh Food Authority for their timely action”.

Treats bakery owner Tahir Siddiqui told AFP by phone on August 7: "Food authorities checked everything at the bakery and found nothing wrong."

This video shows a 2018 funeral procession for Kashmiri militants, not a protest in 2019