A video has been viewed thousands of times on Instagram and Twitter alongside a claim it shows a lunar eclipse observed on May 26, 2021, in the Arctic region. The claim is false: the video has been created by a Ukraine-based digital artist using computer-generated imagery.

The post’s caption reads: “This is at Artic.. Between Russia n canada..
"Moon appears this big and disappears in about 30 seconds..
"What a sight..”. 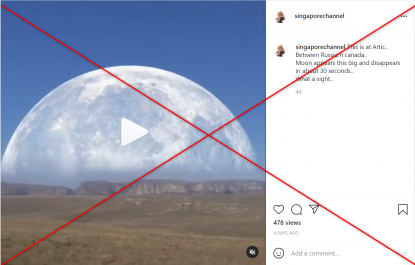 The first total lunar eclipse in two years was observed on May 26, 2021. It took place at the same time as the Moon was closest to Earth, in what astronomers say is a once-in-a-decade show, AFP reported here.

Keyword searches on Google and Twitter found the same video posted here on May 17, 2021, by TikTok user Aleksey Patrev.

On his other social media accounts, Patrev describes himself as a computer graphics artist based in Odessa, Ukraine.

He says the tools he uses include Autodesk 3Ds Max; Adobe After Effects; Adobe Photoshop; V-Ray; and Corona Renderer.

In response to an inquiry from AFP about the clip, Patrev said: "The video belongs to me".

Below is a screenshot comparison of the video in the misleading post (L) and the original video posted by Patrev (R): 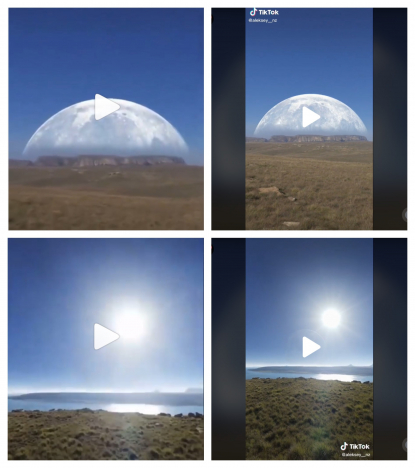 Patrev’s other TikTok videos posted since May 14, 2021 focus on the theme of cosmos, specifically the Moon.

Another video uploaded on May 26, 2021, which is also on his YouTube channel, purports to show the destruction of the Moon.

AFP’s videographers captured footage of the real ‘Super Blood Moon” on May 25, 2021, here in Athens and here in Sydney.