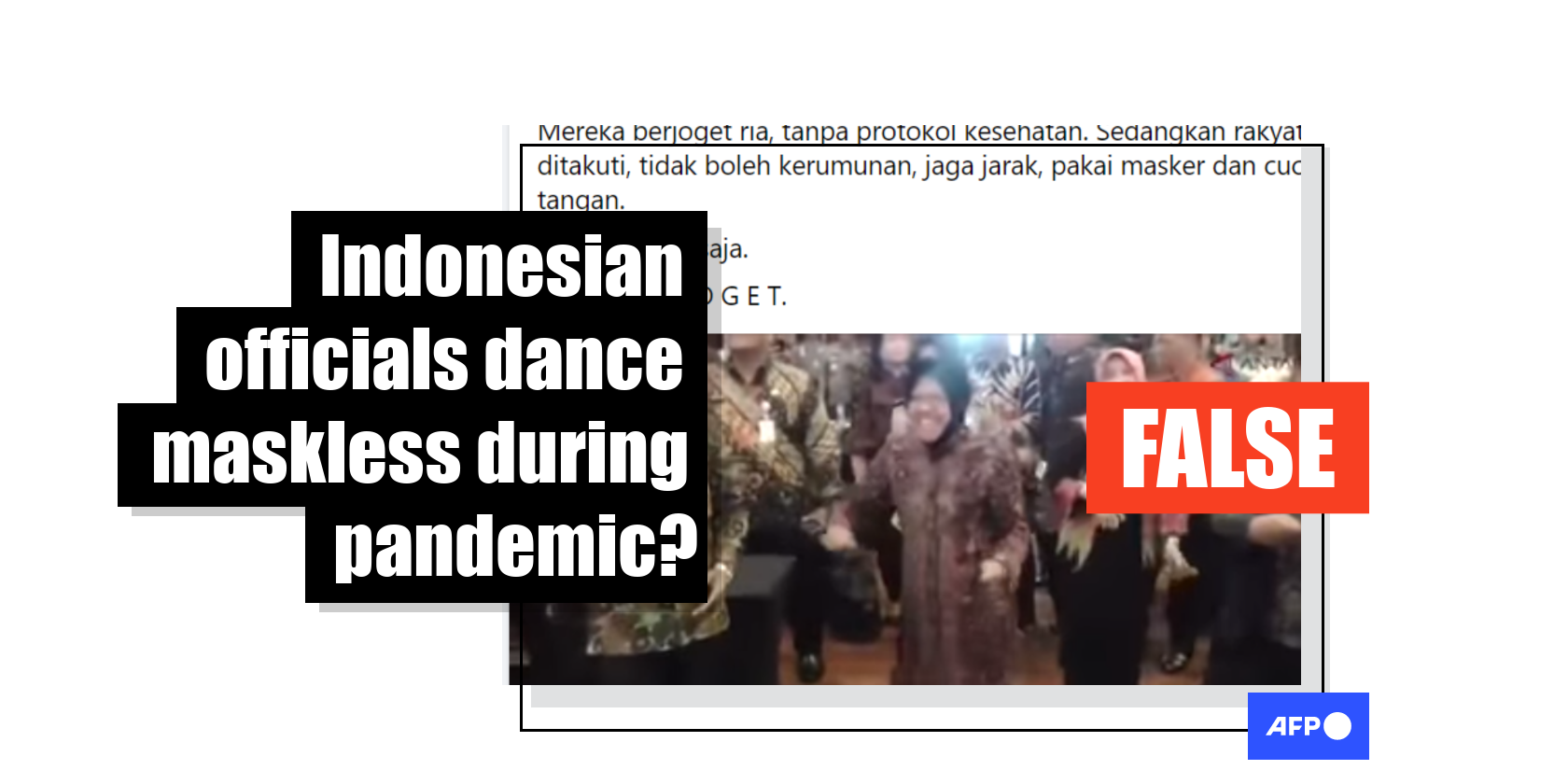 A video viewed tens of thousands of times on Facebook purports to show Indonesia’s top officials “dancing without obeying health protocols” during the pandemic. The claim is false; the video was filmed in January 2020, weeks before Indonesia announced its first Covid-19 case.

A screenshot of the misleading post, taken on January 8, 2021

The post’s Indonesian-language caption translates to English as: “They gleefully dance without obeying health protocols. Meanwhile, citizens have been left to live in fear, prohibited from gathering in public, ordered to maintain social distancing, wear face masks and wash hands.”

The video has been viewed more than 100,000 times after it also appeared here on Facebook.

A Google reverse image search using keyframes extracted from the video with the InVid-WeVerify tool, found the footage was previously posted here on a YouTube channel of Indonesia’s news agency Antara on February 3, 2020.

The video’s caption reads: “During the coordination meeting of the East Java provincial government and regional heads from the whole province on Friday, January 31, 2020 at Grand City, Surabaya Mayor Tri Rismaharini performed the Maumere dance as Home Affairs Minister Tito Karnavian sang the song. Coordinating Minister for Politics, Legal and Security Affairs Mahfud MD later joined Risma to dance, albeit only for a moment.”

The part seen in the misleading post matches the scenes at the 1:00-2:30 mark of the original video.

The meeting on January 31, 2020 was also reported by Suara.com and Radar Online.

Indonesia announced its first Covid-19 cases on March 2, 2020, as reported by AFP and local media Kompas.