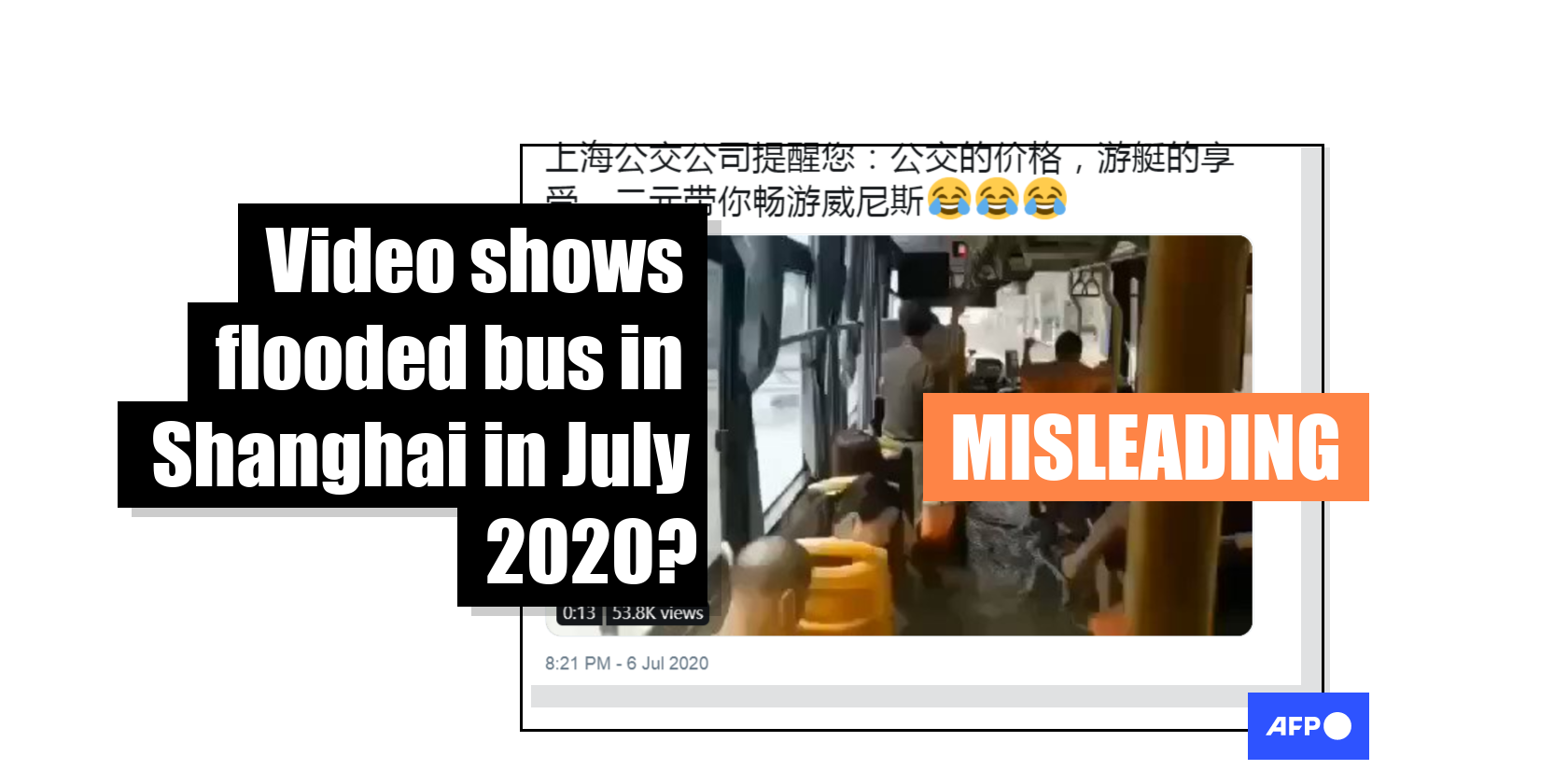 This video has circulated online since at least August 2019

A video has been viewed tens of thousands of times in multiple posts on Twitter, Facebook and Douyin alongside a claim it shows a bus filled with water during heavy rains in Shanghai in July 2020. The video has been shared in a misleading context; it has circulated online since at least August 2019 in reports about a typhoon in Shanghai. 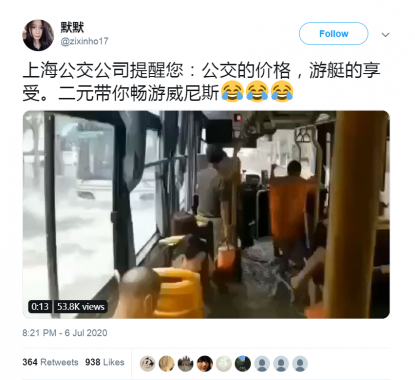 The 12-second video shows a bus filled with water driving through a flooded street. During the video, an announcement in Mandarin can be heard. The words translate to English as: “[We are] about to arrive at Meichuan Road Zhenbei Road, please be prepared to get off the bus”. A passenger is then heard saying: “How can we get off the bus?”

The post’s simplified Chinese-language caption translates to English as: “Reminder from Shanghai’s bus company: Pay for a bus, enjoy a yacht. A nice trip in Venice with two RMB”. 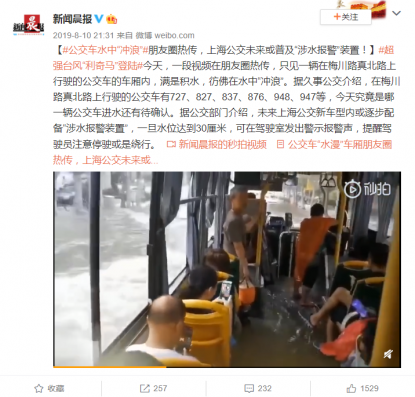 Part of the video’s simplified Chinese language caption translates to English as: “#SuperTyphoon"Lekima"Landed# Today, a video was widely shared in WeChat Moments, which shows a bus, with a carriage full of water, running on Zhenbei Road-Meichuan Road, as if the bus is ‘surfing’ in the water.”

Below is a screenshot comparison of the video in the misleading post (L) and the 2019 Weibo video (R): 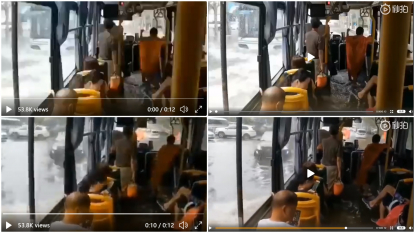 Typhoon Lekima struck eastern China in the early hours of August 10, 2019, killing at least 44 people, according to this AFP report. In Shanghai alone, more than a quarter of a million people were relocated days beforehand as a precaution.