A Sudanese Facebook post shared thousands of times claims to show a video of a newborn advising people to drink sugar-free tea to ward off the novel coronavirus. However, the video has been dubbed over with a fake voice and is at least four years old.

The Facebook post, published in a Sudanese group on March 27 and shared more than 48,000 times, includes a five-second video of a newborn child being attended to in a hospital bed. “Drink sugar-free tea people, sugar-free tea,” says a voice, attributed to the baby in the caption.

The post has also been shared here and here with the same claims. 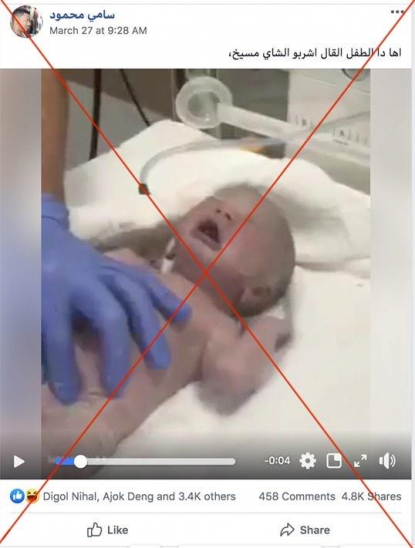 Another version of the Facebook post, also in Arabic, includes a still image of a different newborn. It has been shared hundreds of times and claims that before the child died, he told everyone to drink sugar-free tea to avoid getting the new coronavirus.

It has also been shared here. 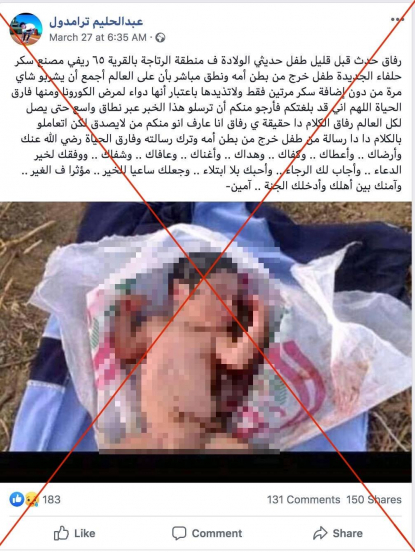 The claims are false -- both the video and picture were published years before the emergence of COVID-19.

Firstly, a reverse image search of the clip found this video that was uploaded to YouTube on June 17, 2016. Viewed more than 37,000 times, the footage is of a crying baby. The Arabic caption reads: “The shape of babies at birth.”

Voice 1 - “Is the baby still urinating?”

The clip used in the misleading post was taken from this video, and an Arabic voice meant to be the baby’s was added to the footage.

Different versions of the misleading video also appeared in the search result here, here and here on Youtube. 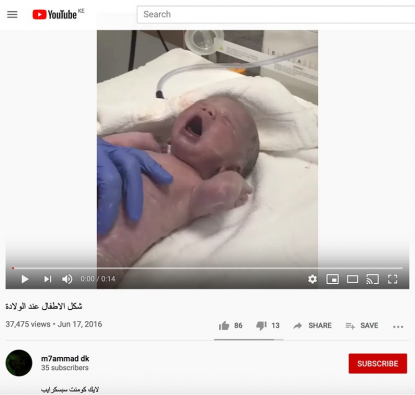 According to this news article from the Moroccan Times published on October 22, 2014, the child seen in the second misleading Facebook post was found dead in a garbage dump in Casablanca, five years before the first reported case of COVID-19 was discovered. 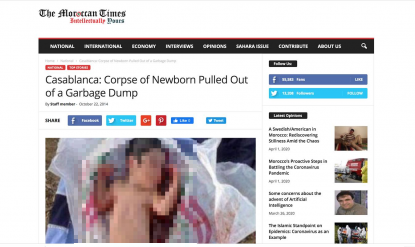 Screenshot of the misleading article, taken on April 02, 2020

This and other reputed cures have been debunked by AFP as experts say there is no known cure or vaccine to combat the novel coronavirus.