This video has been digitally created using 3D graphics software

A video has circulated in South Korean social media posts that claim it shows a real-life car chase where a vehicle purportedly dodges the police by jumping over a road barrier. The claim is false: the video has been digitally created using 3D graphics software and does not show an actual car chase.

The video was shared here on June 6, 2021 in a post on Daum Cafe, a popular social media platform in South Korea.

The post’s Korean-language title translates to English as: “Real-life situation...” The caption below the video reads: “Is it a [Mercedes-Benz] G Wagon?” 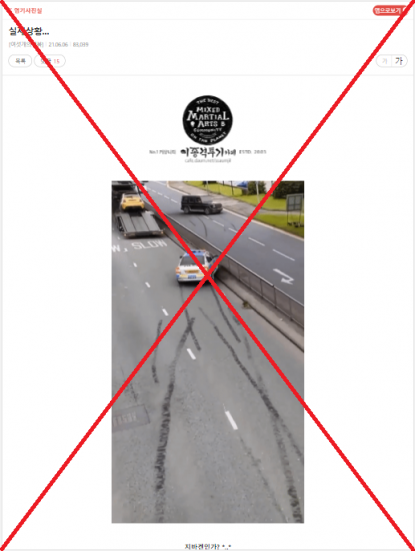 The video appears to show a black car chashed by the police. The car drives up a ramp, flies above a barrier and safely lands on the other side of the road.

The video was shared alongside a similar claim on South Korean social media websites Bbaggome, Tcafe2 and Ajegag; as well as here and here on Naver Cafe.

The claim is false: the video has been digitally created using 3D graphics software.

The video caption includes hashtags such as “Autodesk” and “3dsmax”.

Autodesk is an American software company. 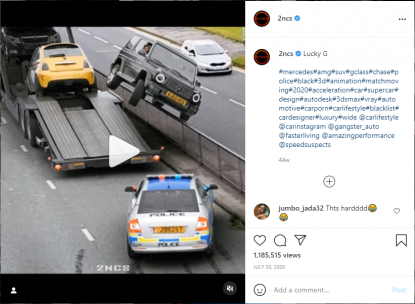 Below is a screenshot comparison of the video shared in the misleading posts (L) and the original video from Instagram (R): 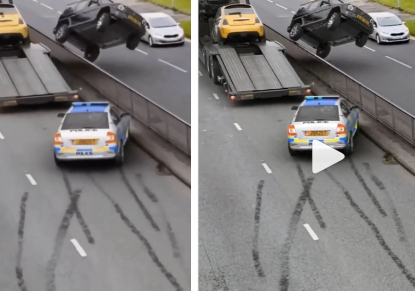 This video, uploaded to YouTube by the same graphic designer called “2ncs”, shows the making of the car chase video through 3D rendering software.

The video has inserted computer graphics of three vehicles onto a video footage of a real street.