A video has been viewed thousands of times on Twitter, Facebook and Weibo alongside a claim it shows a Chinese rocket that disintegrated over the Indian Ocean in 2021. The claim is false: the video in fact shows computer-generated imagery created by an Australian security company in 2016.

“China rocket debris fell into the Indian Ocean near Maldives,” reads the caption of this video posted on Twitter on May 9, 2021.

The video has been viewed more than 1,500 times. 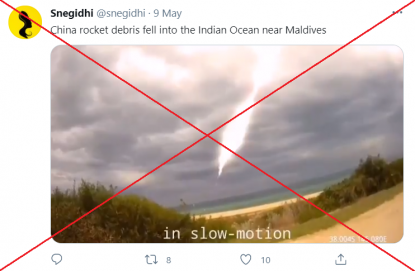 The video circulated online the same day a large segment of a Chinese rocket re-entered the Earth's atmosphere and disintegrated over the Indian Ocean, AFP reported. No injuries were reported.

The uncontrolled re-entry of the 18-tonne object had sparked concerns about possible damage days earlier.

The claim is false: the video has circulated online since at least 2016.

A keyword search found the video corresponds to a portion of this longer clip posted on YouTube on February 18, 2016. 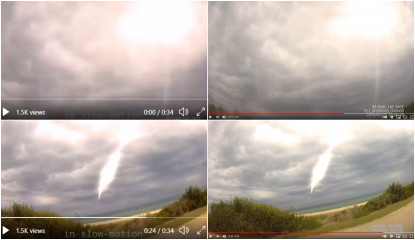 John Zahra, a spokesperson for OverWatch Security, the Australian company that uploaded the YouTube video, told AFP it was computer-generated.

"The video is fake. It's CGI/VE [computer-generated imagery/visual effects],” he said on May 11, 2021. “People often take the clip and create some other story around it. It was just a fun little video we made in 2016."