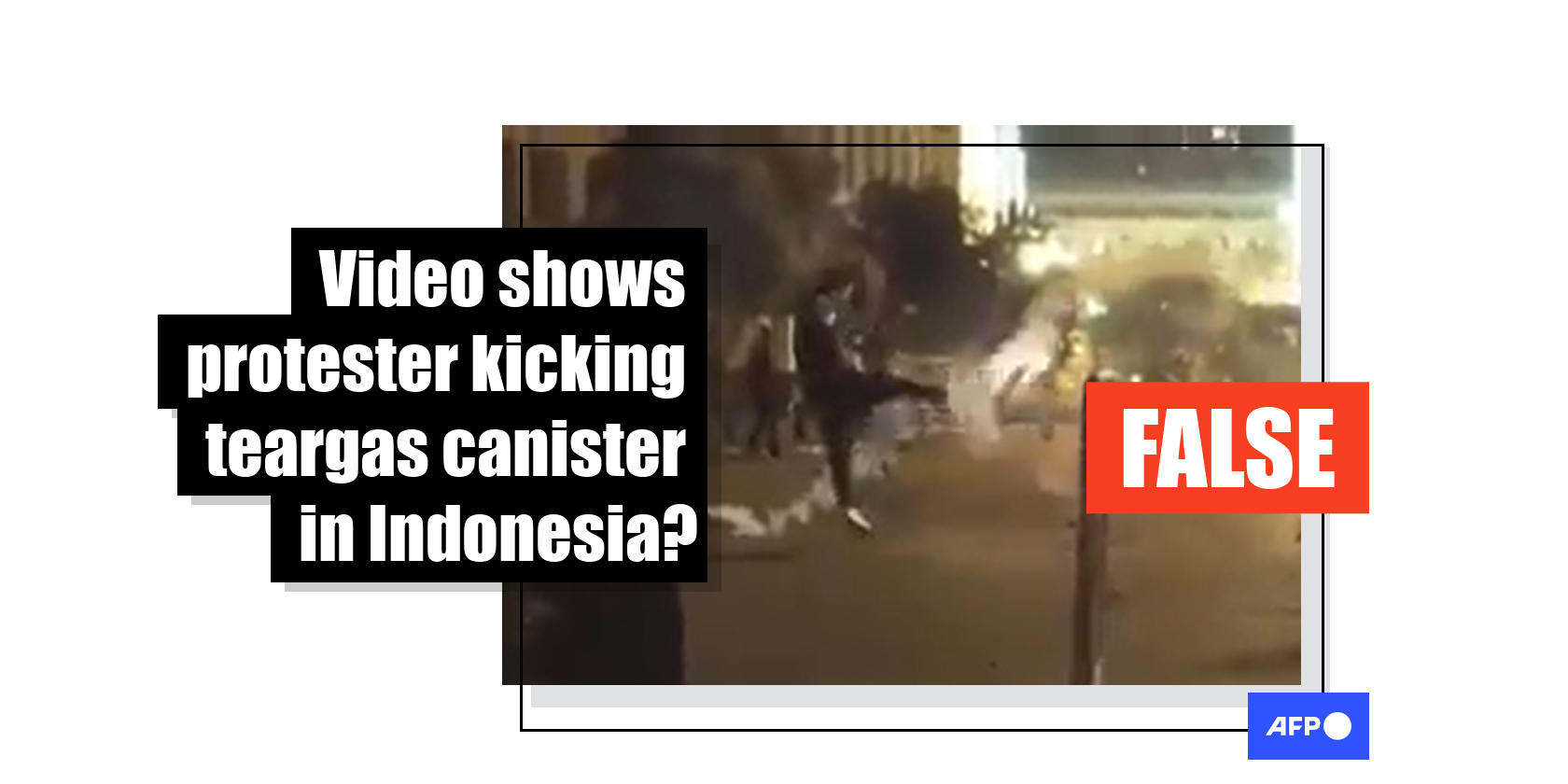 The Indonesian and Sundanese-language post translates to English as: “Ibrahimovic… kicks a ball…

“Bandung kids…. Kicking a tear gas canister …. # I like your style.” 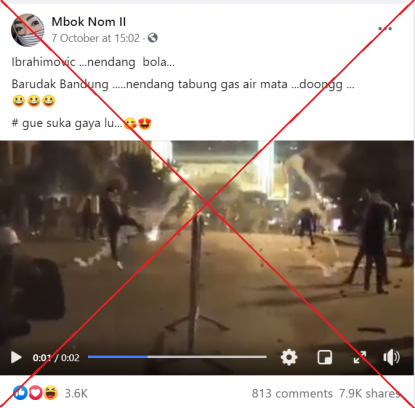 The post circulated as protests against the controversial Job Creation Law turned violent with clashes between protesters and police erupting in regions across Indonesia, including Bandung, as The Jakarta Post reported on October 7, 2020.

The same clip, which has been viewed nearly one million times, was also shared alongside a similar claim on Facebook here, here, here and here; as well as on TikTok here and here.

Reverse image and keyword searches on Google found the same clip uploaded here on Twitter on December 15, 2019, by a Lebanese user, @Abbassnourdeen1.

The post features Arabic hashtags “#Lebanon_revolts” and “#Lebanon_rises up”, both of which were used during the protests in Lebanon in 2019.

On December 15, 2019, the Twitter user also posted another video of the protests.

Below is screenshot comparison between the clip in the misleading post (L) and the video on Twitter (R):

The exact location of the video in Beirut can be seen here in Google Maps.

Clashes between anti-government protesters and security forces erupted on December 14 and 15, 2019, as reported by AFP here.