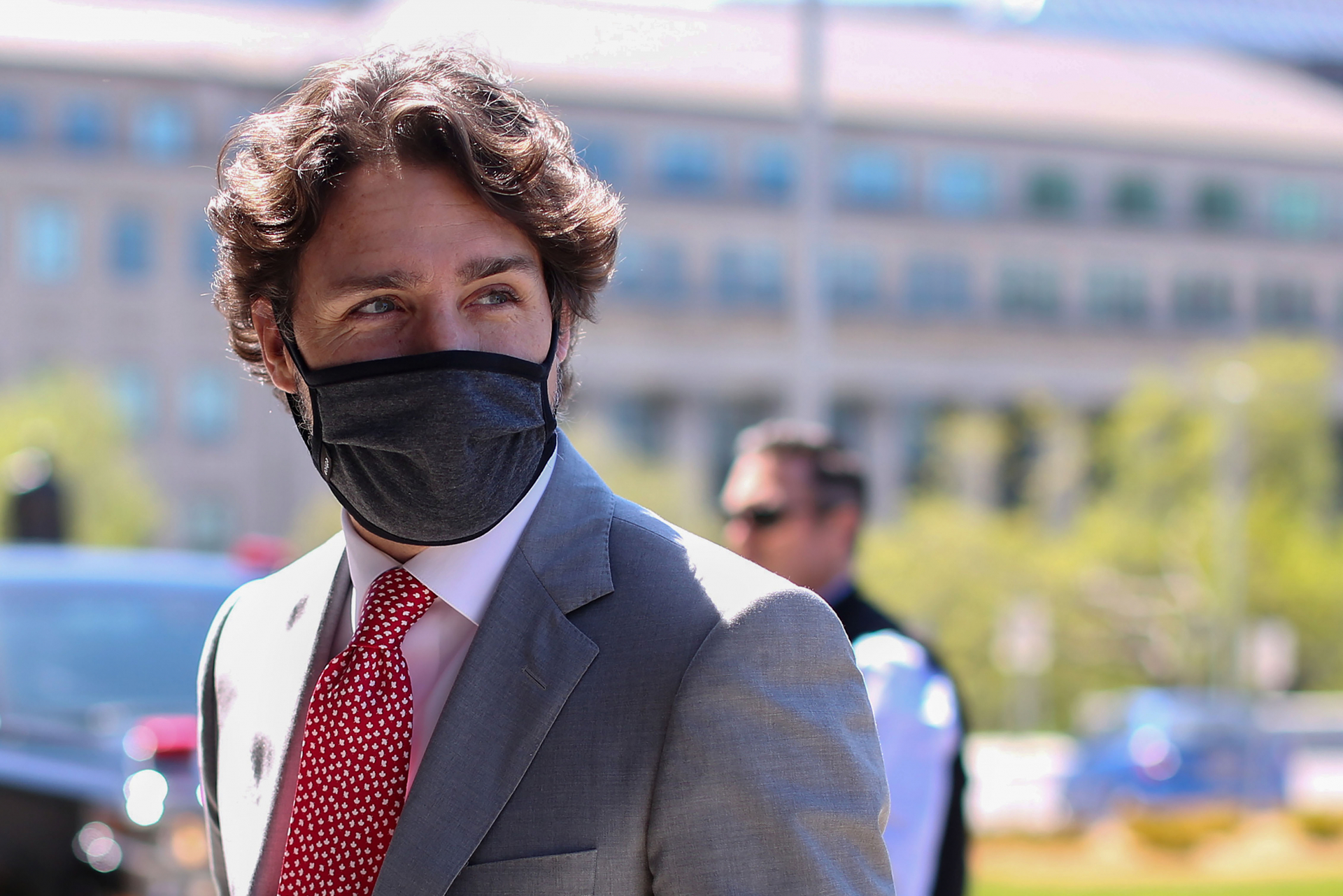 Canadian Prime Minister Justin Trudeau arrives on Parliament Hill to attend a sitting of the Special Committee on the COVID-19 Pandemic, May 20, 2020 in Ottawa (AFP / Dave Chan)

A text outlining Canada’s alleged response to the coronavirus pandemic with lengthy school shutdowns and universal relief payments was shared thousands of times in the US. The claims are misleading; schools are expected to reopen in September, only individuals directly affected by COVID-19 are eligible for financial aid, mortgage relief is granted by banks on a case-by-case basis, and rent is still due.

“Canada closed schools for the rest of the year. Froze mortgages and rent. Giving all $980 every 2 weeks. The people only have to pay utilities,” according to a Facebook post shared in the United States on July 8, 2020. 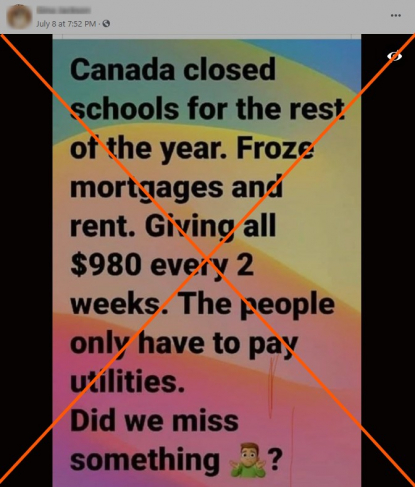 The post is nearly identical to others that circulated when pandemic-related shutdowns began in North America, in March 2020. AFP debunked the posts at the time, and they remain misleading.

The claims are being repeated as Congress struggles to agree on a new relief package for Americans suffering from the pandemic’s economic fallout.

Public schools are currently closed across Canada for the summer holidays after many of them shut for several months due to the novel coronavirus, which had infected almost 117,000 Canadians and killed nearly 9,000 by July 29, according to Johns Hopkins University. Most provinces intend to resume in-classroom learning at the beginning of the new school year and have several backup plans in case of a second wave of COVID-19.

Manitoba plans on reopening schools in September, but the province’s ministry of education will have to confirm this plan on August 1, 2020.

In the Pacific coast province of British Columbia (BC), students were given the option to return to classrooms in June, which 200,000 pupils did, according to BC’s education ministry. On July 29, provincial authorities announced that K-12 students will go back to classrooms full-time for the beginning of the school year, on September 8.

New Brunswick’s plan for the return to classes includes a social distancing requirement for students in grades nine through 12, to be applied “to the greatest extent possible.”

The claim that each family is eligible for almost $1,000 a month “is false,” Anna Arneson, a spokeswoman for Canada’s Ministry of Finance, told AFP by email.

The act introduces the Canada Emergency Response Benefit (CERB), which grants a $2,000 taxable monthly allowance “for up to four months for workers who lose their income as a result of the COVID-19 pandemic.” The CERB was extended to 24 weeks total in June 2020.

The CERB does not cover “each family” in the country, as posts claim, and those already receiving unemployment and sickness benefits are not covered.

However, workers furloughed without income may apply, as well as those who are sick, quarantined, or taking care of someone who is ill with COVID-19.

Banks including RBC, CIBC, TD, BMO, Scotiabank, and National Bank announced that for individuals struggling financially due to COVID-19, deferrals on payments for up to six months would be available.

Interest on outstanding mortgage balances continued to accrue. Details on who qualifies were not made public, and decisions are made on a case-by-case basis with clients.

“The current process includes answering a few questions so that we understand how their financial circumstances have been impacted by COVID-19,” Ana Aujla, a spokeswoman for TD, told AFP by email.

The Canada Emergency Commercial Rent Assistance allowed small businesses struggling because of the pandemic to reduce rent by at least 75 percent from April to July 2020, but no such scheme was established for residential leases.

Evictions for late rent payment were banned in a number of provinces, but most moratoriums are coming to an end.