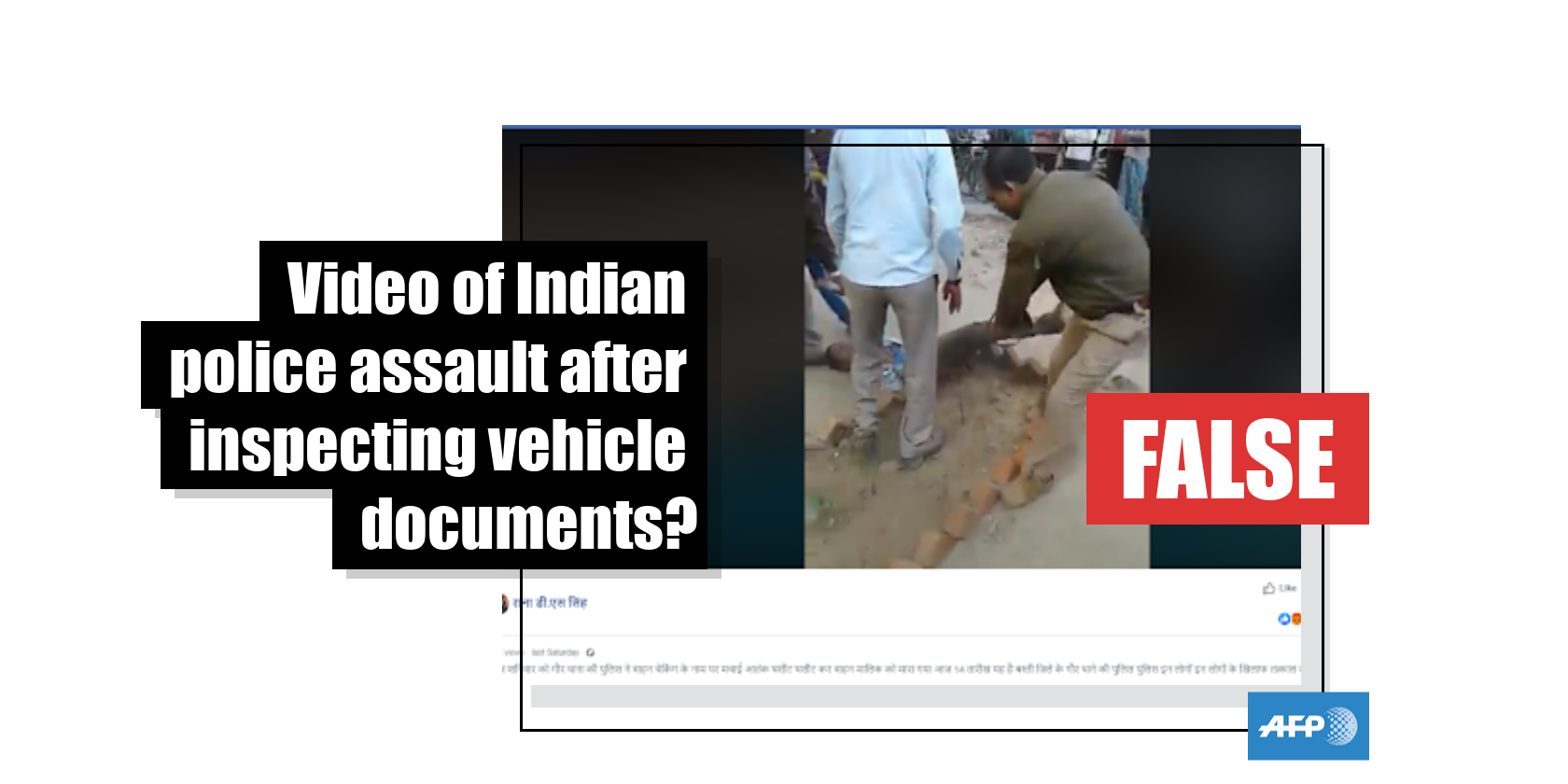 A video has been viewed tens of thousands of times in multiple Facebook post that claim it shows police beating up a driver while inspecting his vehicle documents on September 14, 2019, in northern India. The claim is false; the video has circulated online since 2017; local police say the incident had nothing to do with vehicle inspections.

A caption in Hindi alongside the video in the misleading Facebook post translates to English as: "See, today how these cops at the Gaur Police Station are terrorising in the name of inspecting vehicle documents. They dragged and hit a vehicle owner today near Gaur Police Station in Basti district on September 14. Necessary action needs to be taken against the culprits immediately."

The Indian government raised traffic fines and increased penalties for improper vehicle licensing as part of the Motor Vehicles Act, which came into force on September 1, 2019, as reported here by Indian media. 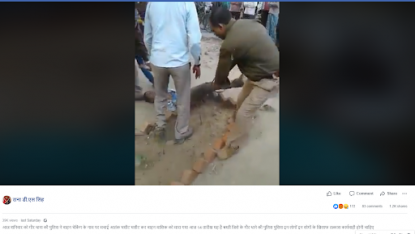 However, the claim is false; the video is actually from 2017 and, according to local media reports, shows the policemen in Basti district of the north Indian state of Uttar Pradesh beating up an alleged criminal.

At 00:02 seconds in the video, a red and blue colored sign is seen in the background with the words "Police Station Gaur, District Basti" written in Hindi, confirming where the incident took place.

Below is a screenshot of the video with the sign circled by AFP: 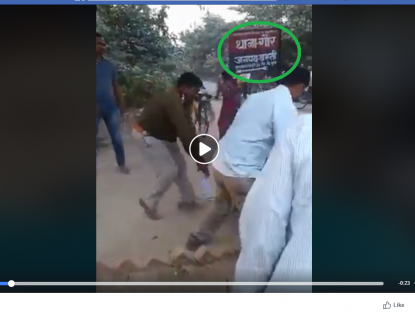 A Google keyword search led to this video report published on November 14, 2017, on the official YouTube channel of a Hindi-language news outlet Samachar Plus.

Below is a comparison of a screenshot from the video in the misleading post (L) and one from Samachar Plus (R):

“Horrifying Face of UP Police: Video Cops Beating Man In Basti,” reads a caption alongside the video report.

“The policemen dragged the man inside the police station and beat him up brutally. The man is accused of creating a public nuisance,” the anchor in the video report says in Hindi.

English news channel Times Now also published a video report on the incident on its Facebook page here on November 14, 2017.

The caption alongside the video report reads:

“The UP policemen were caught on camera dragging and thrashing a man outside police station in Basti district. The man was allegedly drunk, his wife pleaded to cops to leave him but they continue to beat him up. Instead of booking the man under relevant sections of IPC or locking him up, cops chose to physically thrashed him in public. This drama continued for some time till the senior officers within the police station intervene. Watch the extremely shocking visuals."

The local Basti district police have issued a clarification over the recent misleading claims concerning the footage here on their verified Twitter account, which is shown below:

“The above video is not a recent one, it is from 2017. This is an old incident as it shows policemen in winter uniform while we’re wearing summer uniform at present. This incident is also not related to any vehicle checking,” reads the Hindi statement.