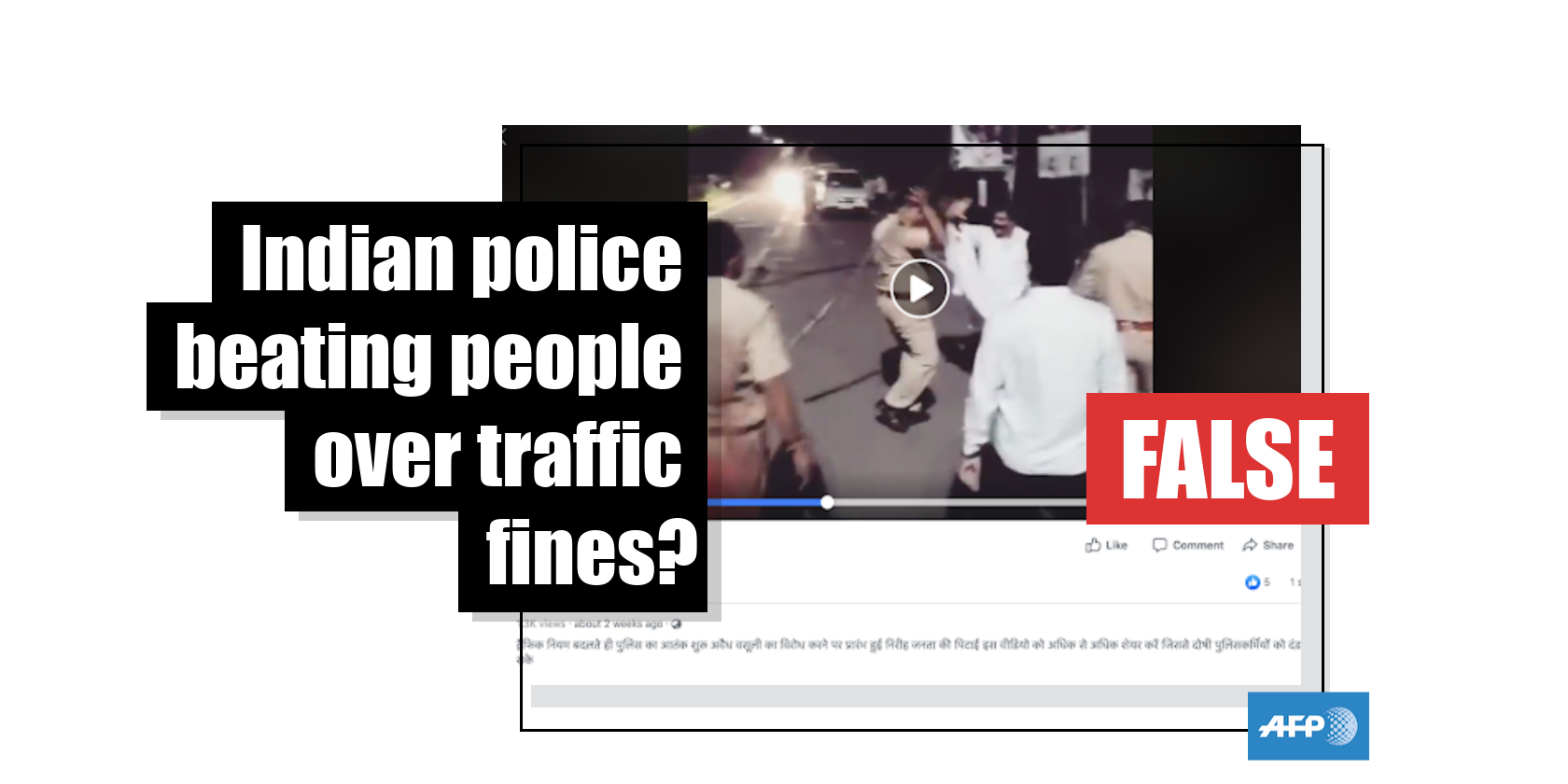 This video was filmed before the new traffic fines were introduced

The minute-long video was published in this Facebook post on September 5, 2019, where it has been viewed more than 1,300 times.

The Hindi-language caption says: “As soon as the traffic rules changed with an increase in fines, the police started terrifying innocent people by extorting money and beating them when they resist. Please share this video as much as possible so that the guilty policemen can be punished.”

The Indian government raised traffic fines as part of the Motor Vehicles Act, which came into force on September 1, 2019, as reported here by Indian media. 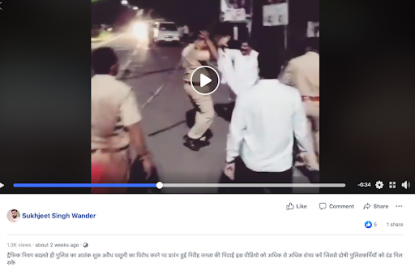 The claims are false; the video actually shows police officers detaining students in the Indian state of Rajasthan, three days before the new fines were introduced.

A reverse image search on Google using keyframes from the footage found the same video published here on the official YouTube account of Indian news channel Rajasthan Tak on August 28, 2019.

The Hindi-language ticker on top of the video screen reads: “Students were beaten late at night” and “Alwar police’s hooliganism caught on camera”.

Alwar is a city in Rajasthan.

Translated, the video caption reads: “Demonstrations at Alwar after Student Union election 2019 proved costly as students and locals were beaten up by policemen at night.”

A longer version of the video was also published here on August 29, 2019, on Aaj Tak’s news website with an English-language description saying:

“Accusing of wrong vote counting in elections of student union, students demanding for recounting of voting in Alwar of Rajasthan, were beaten by the police brutally. Police also bullied some of the students. In this clash between police and students, six students are injured. police has been deployed in college campus to keep situation in hand.”

Below is a screenshot comparison of the video in the misleading post (L) and the video published by Rajasthan Tak (R): 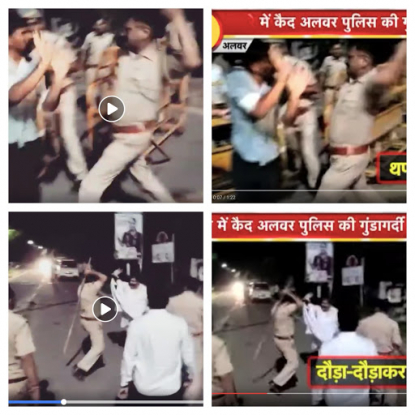 Student union elections were held in various colleges across Alwar on August 27, as reported by local media here.

The incident was also reported by multiple other local media outlets here, here and here.