Multiple posts on Twitter, Instagram and Facebook published in July 2019 shared a screenshot of a tweet posted by a Twitter parody account for the British tabloid The Daily Mail which stated more than 50 people contracted herpes after they drank bath water sold by a UK-based social media star. The Twitter parody account has no official connection to the Daily Mail and has since been suspended. A US medical study has found herpes can only survive for four hours in tap water.

Delphine, who has more than four million Instagram followers, announced she would be selling her bath water to fans in this Instagram post on July 2. She subsequently sold all the bottles of her bath water, according to this report published by The Guardian newspaper on July 12. 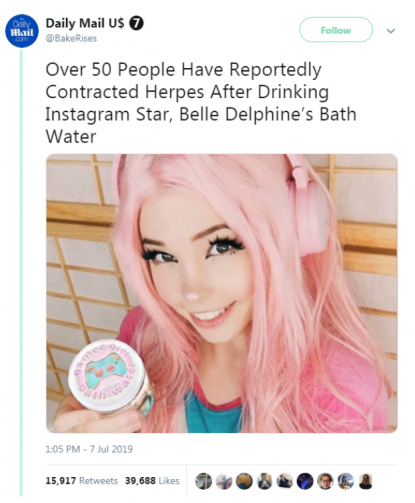 Some Twitter users appear to have believed the claim, as seen in the comments written below the tweet. 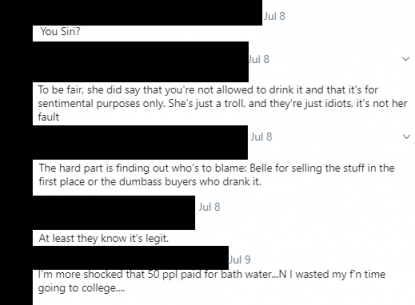 The screenshots were also shared in Portuguese with the same claim here and here on Twitter. 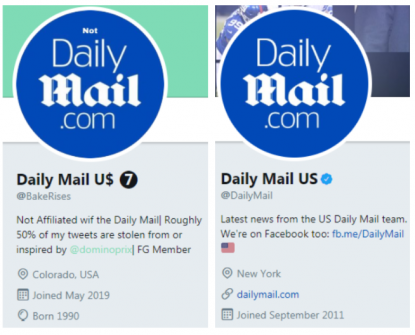 The real Daily Mail account on the right links to the Daily Mail. It was established in September 2011. It has a blue Twitter verification tick -- which the company says “lets people know that an account of public interest is authentic”.

The social media star responded to the interest in her bath water in an Instagram post on July 8: “Well...that bathwater thing went crazy lol. I love how many things are being said about my bath water when I've only mailed ONE so far to pyrocyincal, the rest are being mailed TODAY!”

Below is a screenshot of her comments on her post: 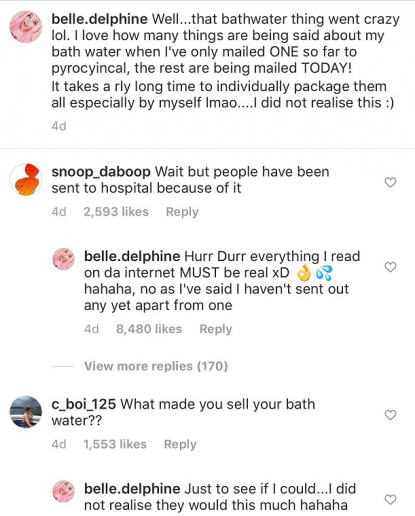 There are two types of herpes virus -- the first is mostly transmitted via mouth-to-mouth contact, the second almost exclusively by sexual encounters, according to the World Health Organisation.

The Herpes Simplex Virus can last some 24 hours in distilled water, but only around four hours in tap water -- as this study from the US shows.