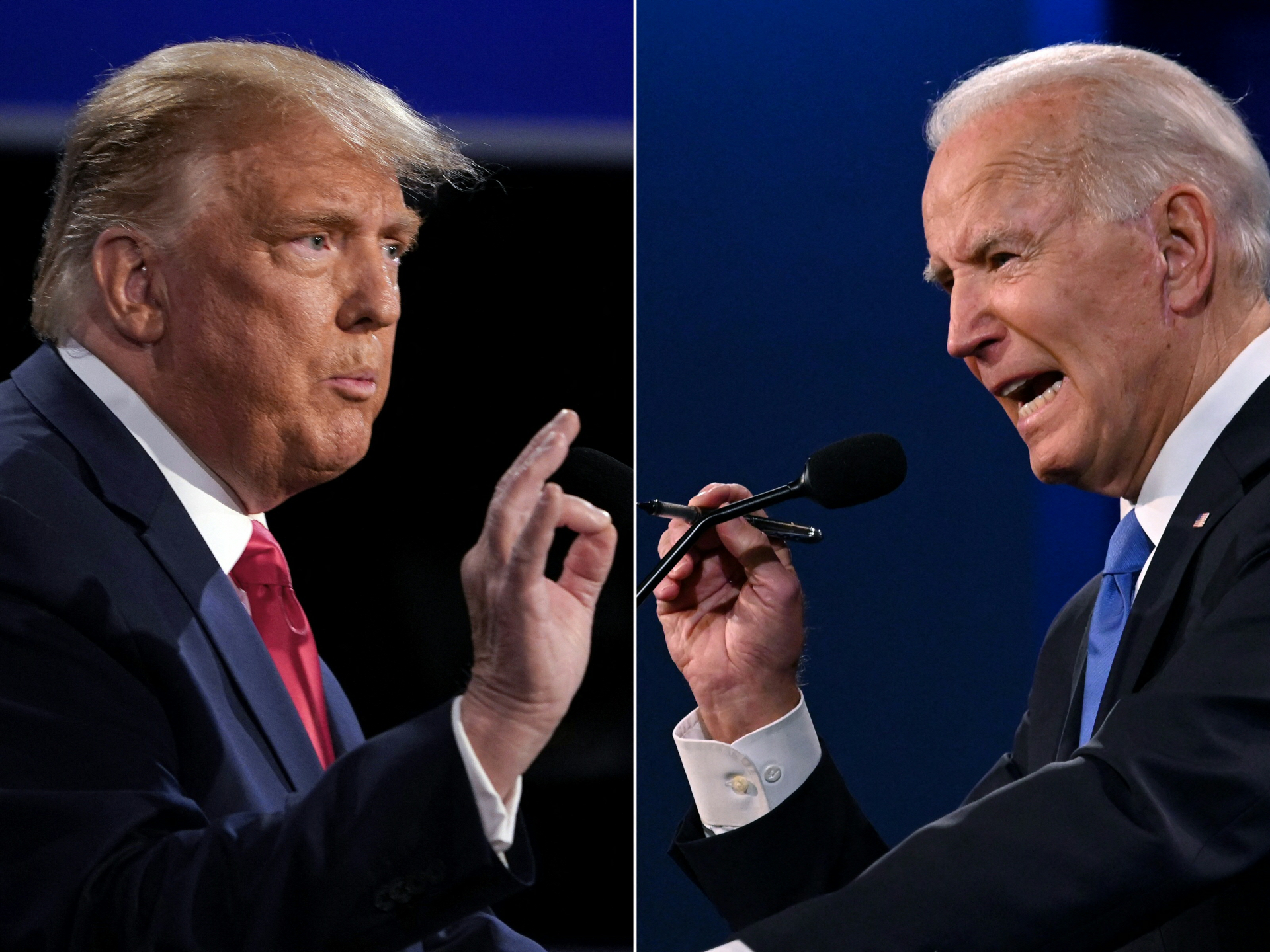 This combination of pictures created on October 22, 2020 shows former US president Donald Trump and President Joe Biden, at that time the Democratic Party's presidential candidate, during their final debate in Tennessee, on October 22, 2020 (AFP / Brendan Smialowski / Jim Watson)

A claim shared thousands of times on social media suggests Donald Trump was not paid during his presidential term while President Joe Biden is. The claim is misleading; while in office Trump did receive a salary funded by American taxpayers but he chose to donate it to various government agencies.

“You crucified a man for 4 years, who you did not pay. Then glorify a man who you have paid for 45 years & accomplished nothing,” a June 12 Instagram post reads, addressing “creepy Joe Biden supporters.”

It draws an implied comparison between Trump’s four years at the White House and now-president Biden, who has been involved in US politics for decades.

In 1972, at just 30 years old, Biden defeated a well-established Republican candidate to win election as a United States senator for Delaware. He also ran unsuccessfully for the White House twice -- in 1987 and again 20 years later before serving as Barack Obama’s vice-president. Voters then elected him to the nation’s highest office in 2020.

But the post misleads readers by saying people “did not pay” for Trump’s presidential work. He did receive a salary, according to US law, and a president’s remuneration and benefits are supported by the American taxpayers.

All presidents are paid a total salary of $400,000 a year, in monthly instalments, the law says.

Trump, however, chose to donate his earnings to government departments administering various causes, as shown here, here and here.

While also claiming to have given tens of millions of dollars to charities prior to entering the Oval Office, analysis by The Washington Post found that these gifts did not come from Trump’s own pocket.

The Republican president, a billionaire, also broke with the tradition of releasing annual tax returns, refusing to disclose his historical income from property, television, and marketing deals.

As of June 16, 2021, a search on the White House’s website and official Twitter accounts of the Biden Administration showed no mention of Biden giving his presidential income to charities. The former Delaware senator, however, has donated to various causes in the past.