These photos show a stuffed toy, not a real bat

Four photos have been shared hundreds of thousands of times in multiple social media posts and blogs alongside a claim they show a real rare baby albino bat. The claim is misleading: the images actually show a stuffed toy.

The photos were published here on Facebook on May 23, 2021. The post has been shared more than 430 times. 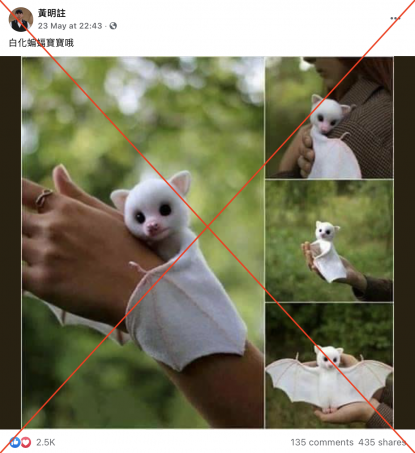 The photos show a woman holding what appears to be a small bat in her hand.

The post’s traditional Chinese-language caption translates to English as: “A baby albino bat!’

Comments from some social media users on the posts indicated they believed the photos show a real bat. Some comments also misleadingly linked the purported animal with the Covid-19 pandemic.

“Why do the people in Mainland like to eat cute bats so much? The mainland is not a country,” one Facebook user commented.

Others simply wrote: “Covid-20”, “not worried about the white Covid?” A reverse image search on Google has found the same photos published here on Instagram on October 9, 2019.

They were shared by Anna Yastanna, an artist and seller of handmade wool toys based in the Siberian city of Omsk. Below is a screenshot comparison of the photos in the misleading post (L) and the Instagram posts (R): A listing for the stuffed toy can be seen here on Etsy, an online shopping website. 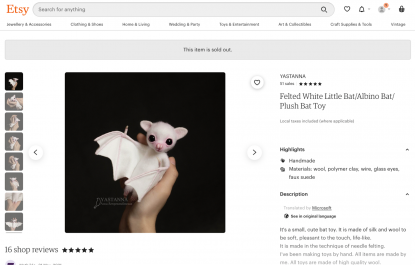 In response to the misleading posts, Yastanna told AFP: “This toy was made by me two years ago. It was an order.”

She previously shared images of her toy bat creations on her Facebook page here on August 7, 2020. 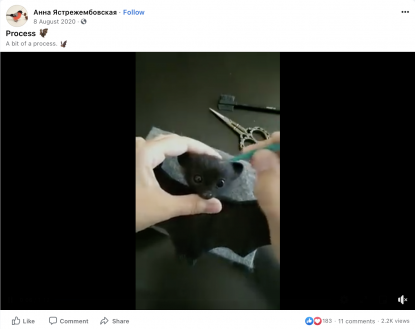