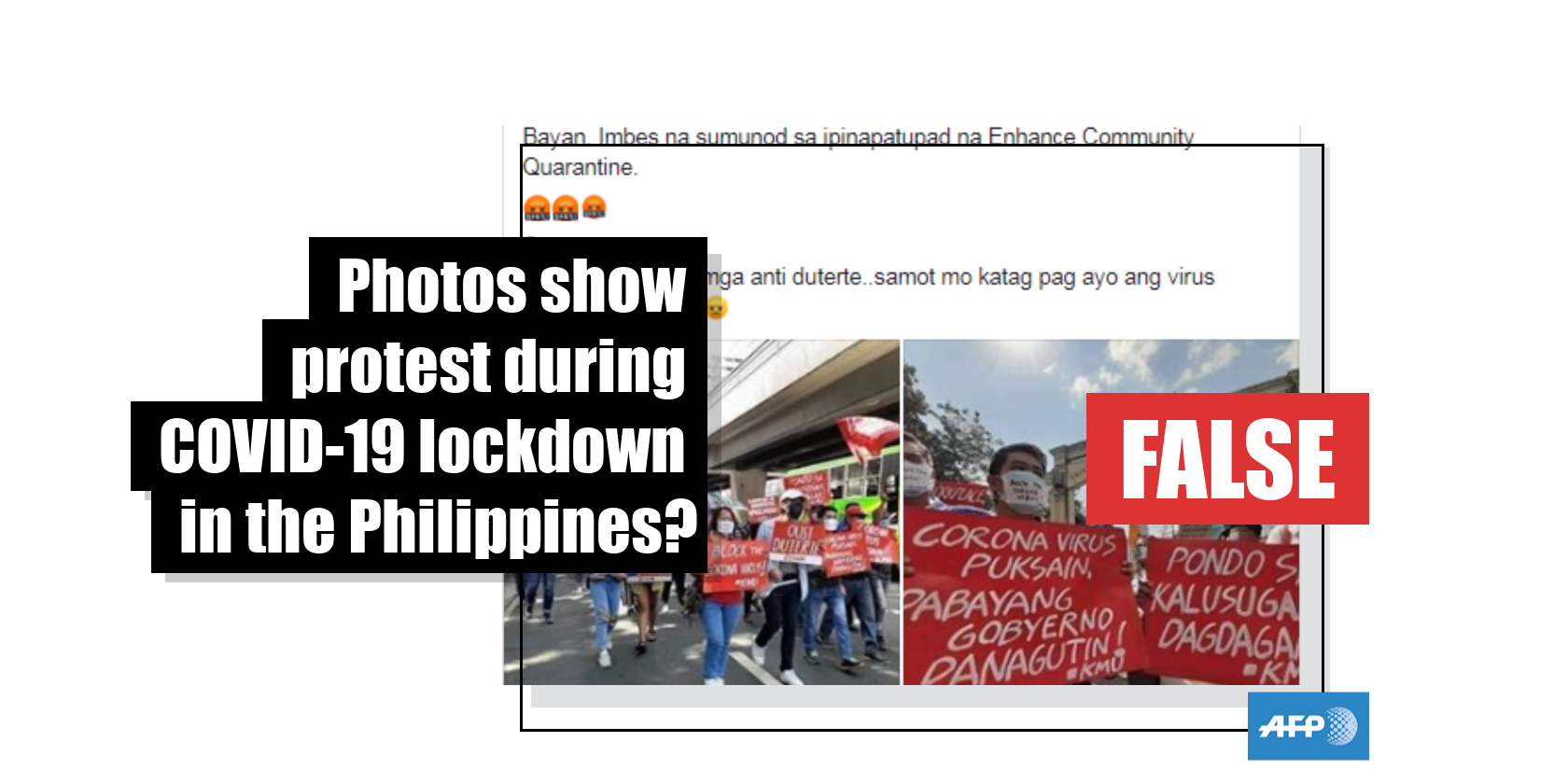 Three photos have been shared in multiple Facebook posts alongside a claim they show an anti-government protest in the Philippines staged during a lockdown implemented to contain the spread of the coronavirus. The claim is false; the photos circulated online at least one month before the Philippine government imposed a lockdown on its main island due to the coronavirus pandemic.

The photos were published here on Facebook on April 7, 2020. It has been shared almost 200 times. 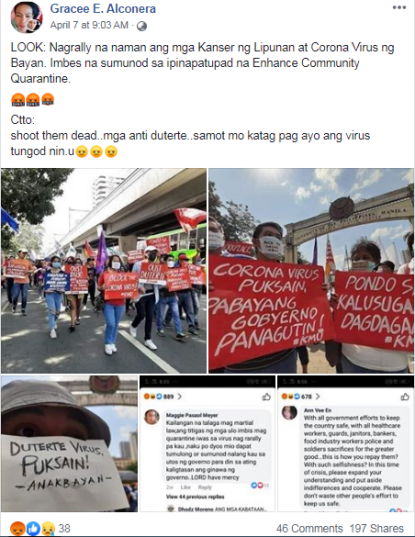 The caption of the post, written in a mix of Tagalog, English and Visayan, translates to English as: “LOOK: The cancer of Society and Corona Virus of the Nation staged a rally again. Instead of following the Enhance Community Quarantine. / Ctto: / shoot them dead..anti duterte’s..the virus will spread further because of you”.

The Philippine government placed its main island of Luzon on an “enhanced community quarantine” from midnight on March 17, 2020 in an effort to curb the growing COVID-19 numbers in the country. The presidential order announced "mass gatherings shall be prohibited" and "a strict home quarantine shall be observed in all households".

The photos were also shared here, here and here on Facebook, alongside a similar claim.

The claim is false. A keyword search found the original photos published here on the Facebook account for Anakbayan, which describes itself as a “national democratic mass organization of the Filipino youth”. The photos were published on February 4, 2020 -- weeks before the Philippine government imposed a lockdown. 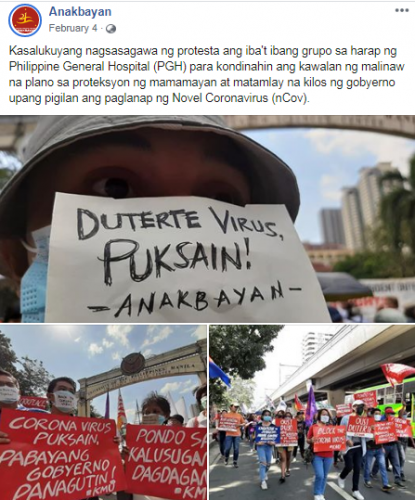 The post’s Tagalog-language caption translates to English as: “Several groups are currently staging a protest in front of the Philippine General Hospital (PGH) to condemn the lack of clear plan to protect the people and the government's lax efforts to curb the spread of the Novel Coronavirus (nCov).” 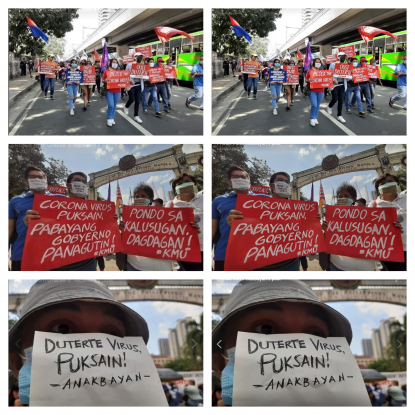 The protest was also reported on by the Philippine news publication Abante Tonite, which shared similar photos here, here and here on its Facebook page on February 4, 2020.